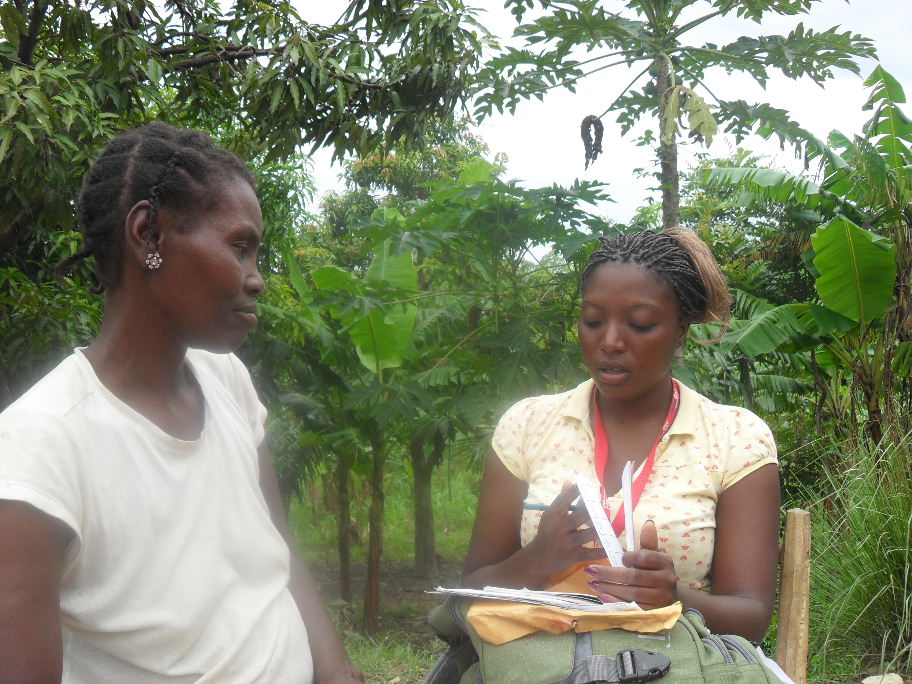 Saliciane has been a member of Fonkoze’s CLM program since her family was selected in December. Until very recently, she and her husband lived with their children in a small shack in a little valley just off the nearest road in Viyèt, a neighborhood between the center of Boukankare and the mountains to the north. Viyèt has been a fertile territory for CLM, filled with the kind of desperate poverty the program designed to address.

With eleven children, Saliciane’s situation was especially hard. Though they don’t all live with her, many of them do. “Our house is so small. The kids are with me during the day, but every night they scatter to neighbors’ houses to find someplace to sleep.” 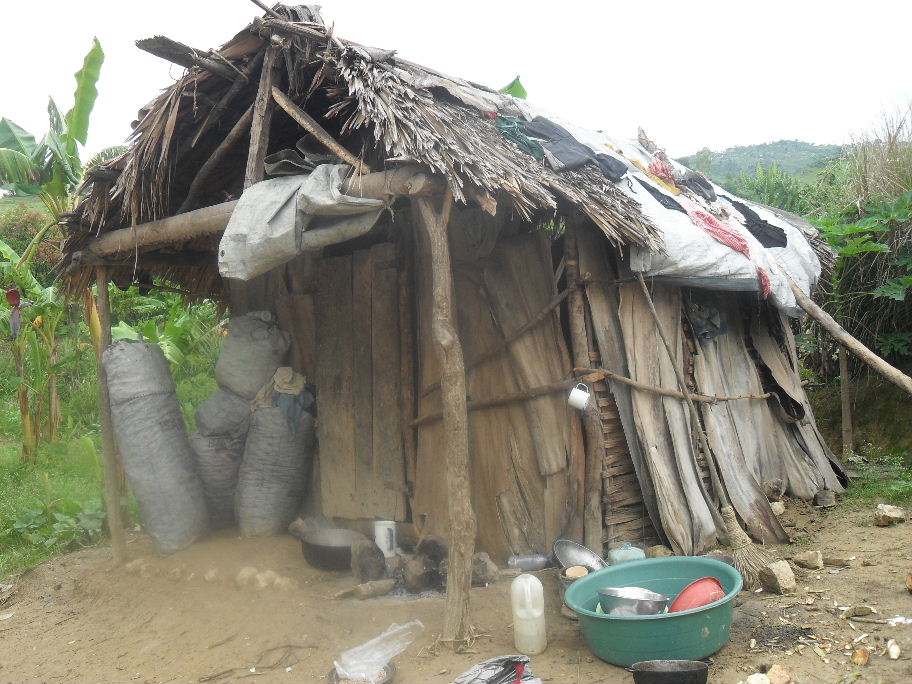 Thanks to Bothar, the CLM program was able to offer Saliciane something special: a cow. Cows are much more valuable than the assets that CLM usually offers, but twenty especially large families were selected to receive them from Bothar.

When Saliciane received hers back in January, she was really excited. “I’ve never had a cow before,” she explains, “because I had no money to buy one.” Her friends and neighbors had mixed reactions. “They didn’t really believe that someone would give me a cow. Some of them would keep trying to tell me that something was wrong, that it was the devil’s work. Some people encourage you and some try to discourage you. But my family was really happy.”

Saliciane received more than just the cow. CLM members always receive two different kinds of assets, and Saliciane chose goats to go with her cow. But her choice of two different kinds of livestock left her with a problem: Neither would earn her money right away, so neither would help her feed her large family in the short term. Though she would receive a small weekly food stipend for the first six months of the program, it wouldn’t go very far. It’s only about a dollar per day. Many CLM members use savings from these stipends to buy more assets or to invest in establishing a small commerce. But with all the mouths she had to feed, Saliciane had nothing left over.

But she figured out a solution: she borrowed 1000 gourds from a cousin and started a charcoal business. She buys the charcoal in the mountains above Viyèt, from the people who make it. Then she carries sacks of it down the mountain on her head, and sells it by the sack in the markets in Difayi and Domon. “Before I joined CLM,” she explained, “no one wanted to help me. No one would lend me money. Now that people see what CLM is doing for me, they look at me differently. I have a cow and some goats. I am somebody. People are happy to lend a hand.” The profit she’s making will ensure that her children continue to eat decently even after the weekly cash stipend runs out in June.

She still has problems. One is with the cow itself. It still isn’t pregnant. If it still isn’t at the end of this month, Lissage, the sector specialist for livestock, will sell it for Saliciane and replace it with another. CLM members’ assets have to produce. But Saliciane is optimistic, and she’s already making plans. “Once the cow has a calf, I can sell the calf to buy the land that my little house is on. Right now, it’s not mine.”

But her optimism about the program and the future it offers her children was badly damaged a couple of weeks ago. Her husband died very suddenly. It’s not clear just how. There are no autopsies in Viyèt. The funeral was very expensive. Two of her little boys sold their goats to buy a sack of cement for the tomb, but most of the money for the coffin and the food to serve at the wake was borrowed.

The very progress she had made in her neighbors’ eyes created a financial trap. Whereas previously they might have helped her bury her husband as quickly and as cheaply as possible, her improved status created expectations. They convinced her to buy and expensive coffin, even though she had to buy it with credit. They made her feel as though she needed to provide lots of food and drink to those who came to the wake, even though she didn’t have the cash to buy much of anything. And now Saliciane has no idea yet how she will pay it back.

But her problems are, of course, much deeper than merely the expenses she was not prepared to make. This is true, even if we we only look at the economic side of her loss. “I feel like my arms and legs have been broken,” she told us. “He was the one who worked in the fields. He was the one who took care of our animals. I don’t know what I’m going to do.”

She will have to pull herself together. Her children depend on her. And CLM will be there with her. We aren’t yet sure just how extensive our extra help will be. But we will surely give her a hand. 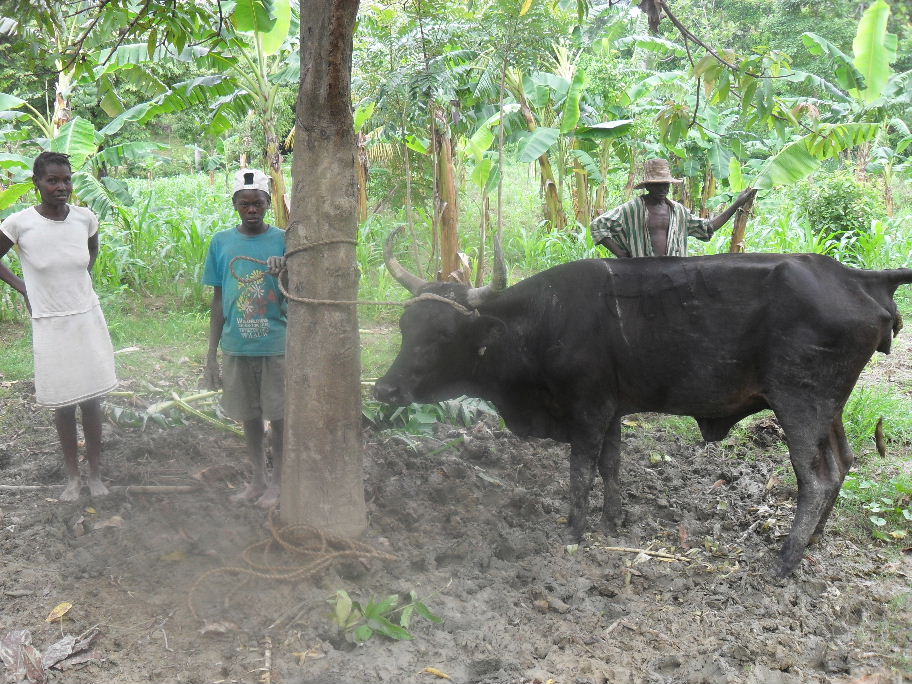 With one of her boys and her late husband, together with their cow