May 18th is Flag Day in Haiti, an important national holiday in a country that, despite its struggles, is intensely proud of its place in history. On May 18th, 1803, military leaders of the army of slaves that was rebelling against French rule met in Akayè, on the coast just north of Pòtoprens. There they planned the strategy that would lead to their victory over the forces of Napoleon’s France. They would also adopt their first red and blue flag.

Schools close for Flag Day, and there are celebrations across the country. I was in Matènwa, at the community school there, and I was pleased to be able to join their celebration for the second time.

Preparations for the day’s events started early, in the school’s kitchen. There would be two meals served, so there was a lot to do. 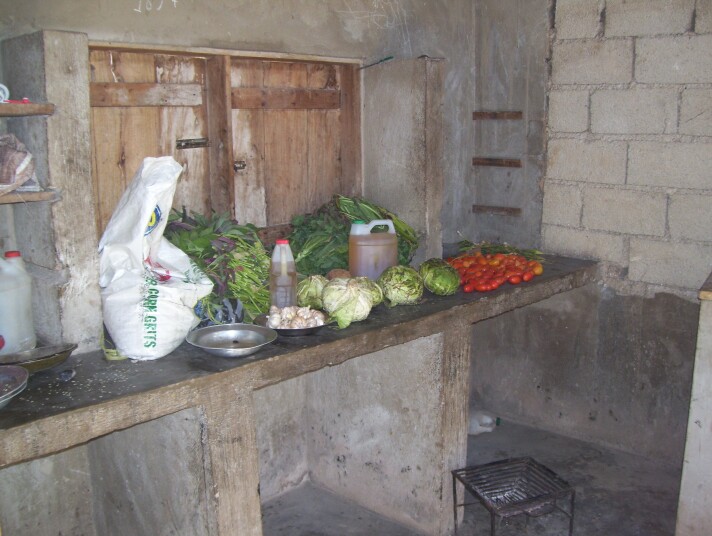 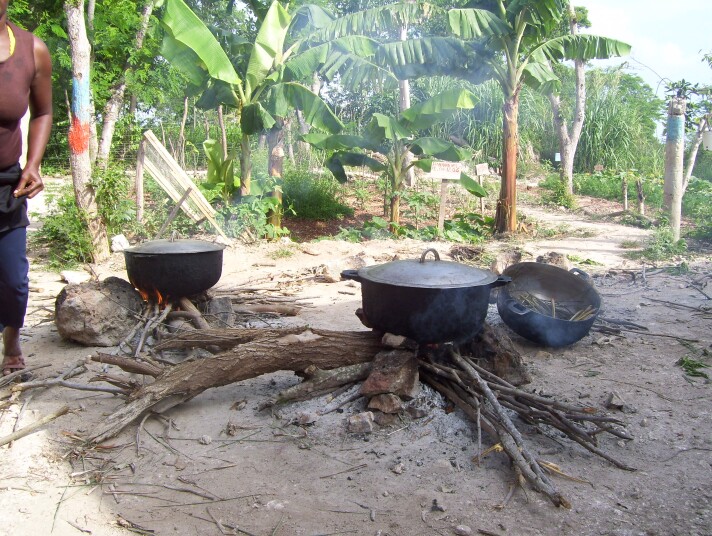 Signs were posted, asking people not to litter. Haiti produces much, much less litter than do the States, but it can sometimes appear to be a lot because waste management is poorly organized. A wheelbarrow did duty as a receptacle for trash. 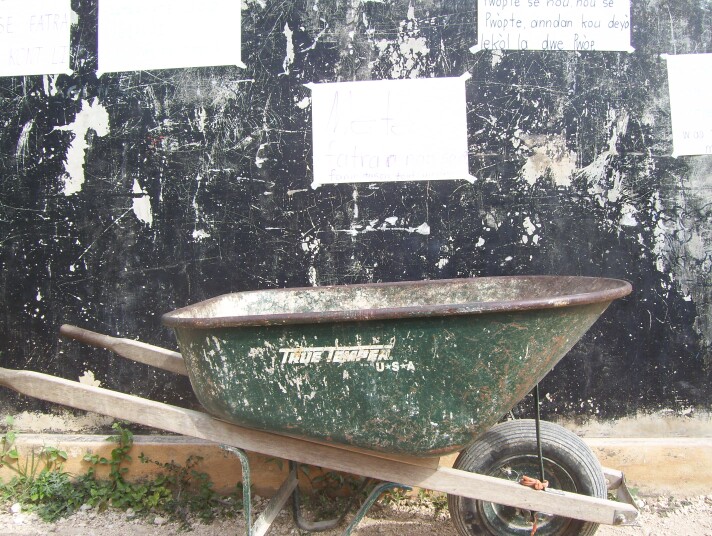 A group of students and teachers set up an exhibit of handicrafts they’ve made. More and more the school feels that developing handicraft skills among the children might be one way of helping them towards a small income. 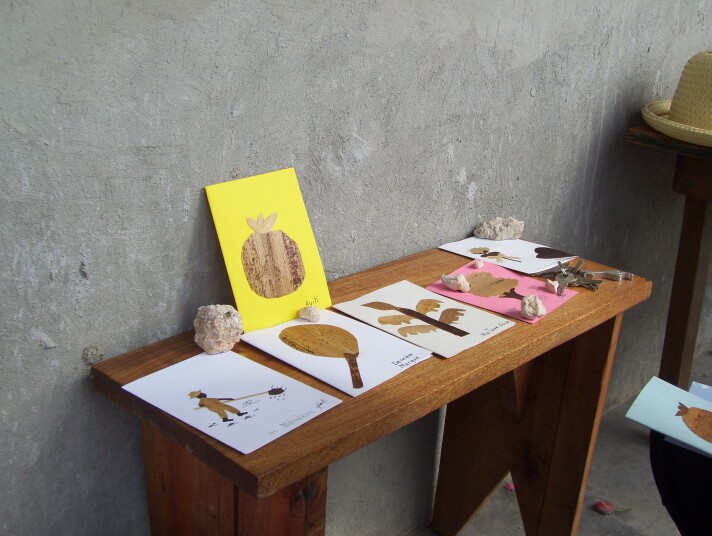 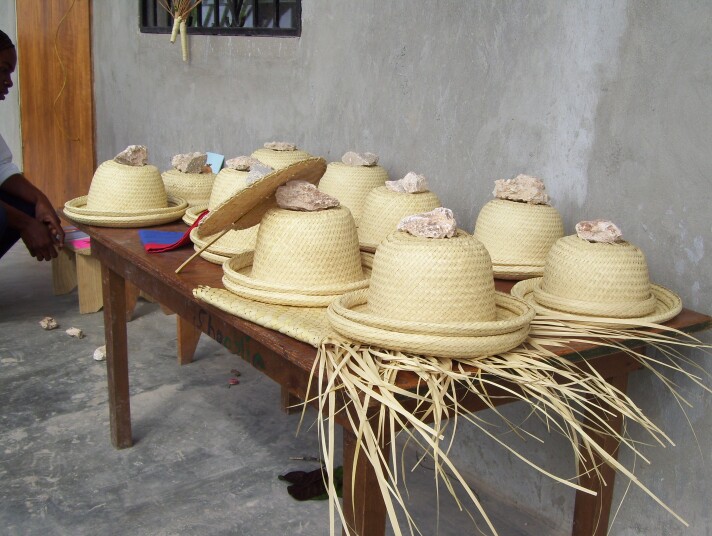 Before things got started, the kids got their first meal: lemongrass tea with bread. 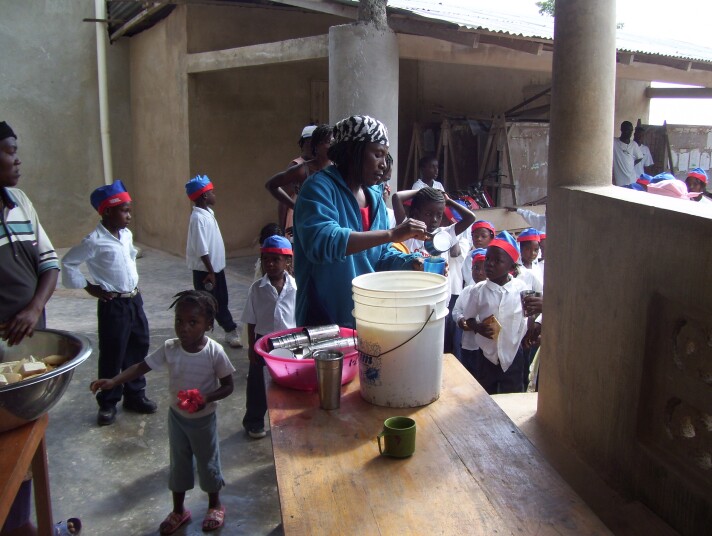 Once they had had their tea, they lined up under the flagpole to sing the national anthem. 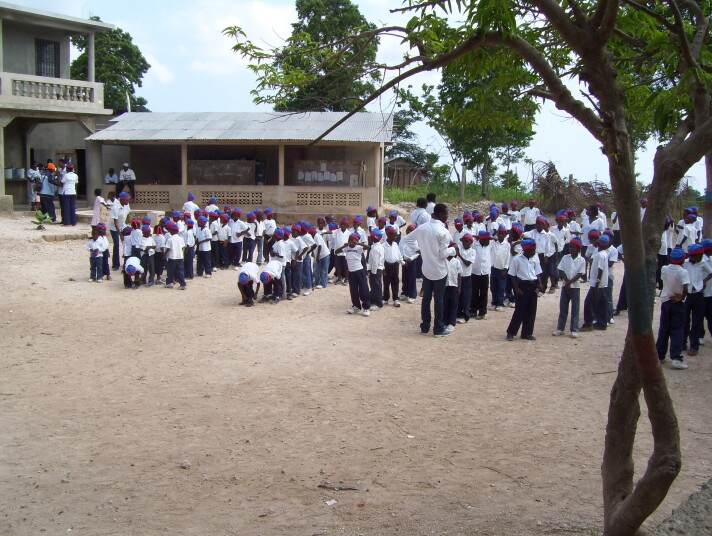 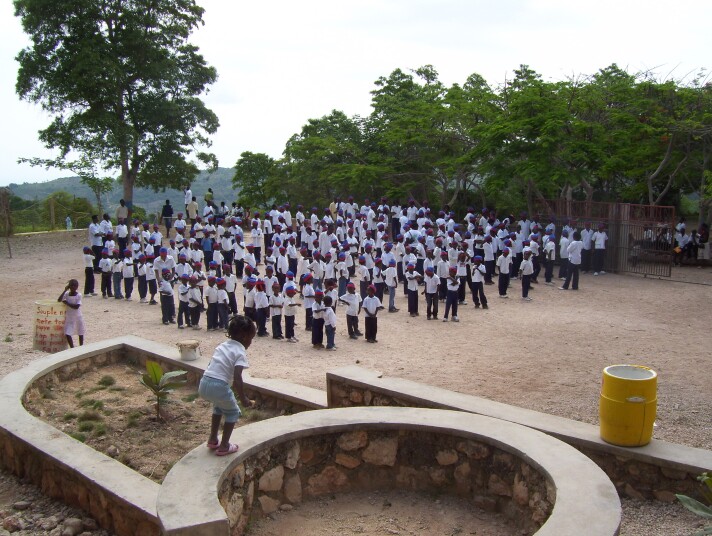 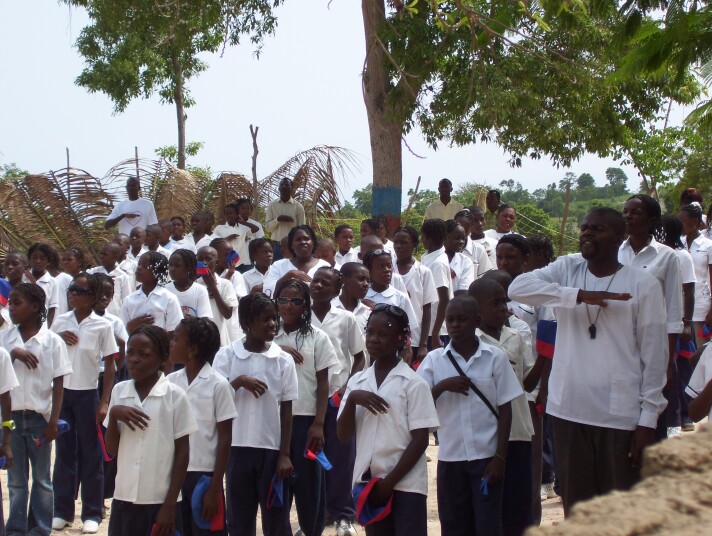 They then left the school’s small yard, to parade up and down the road through town. They met the children from the other school in Matènwa, and the two groups paraded together. 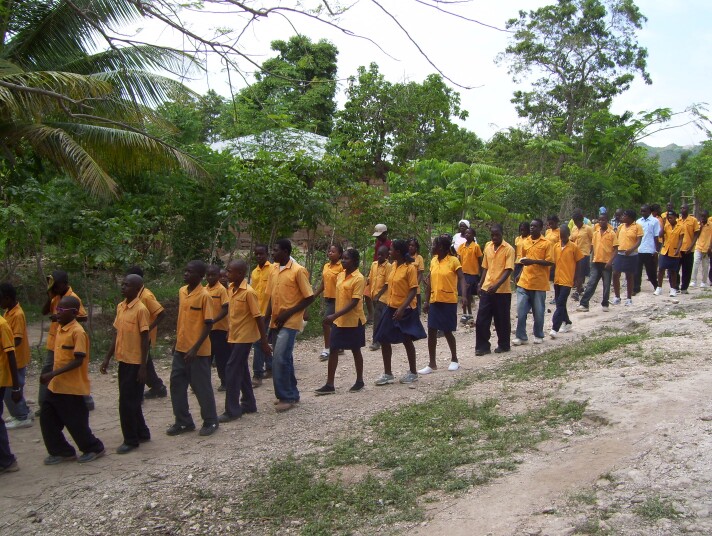 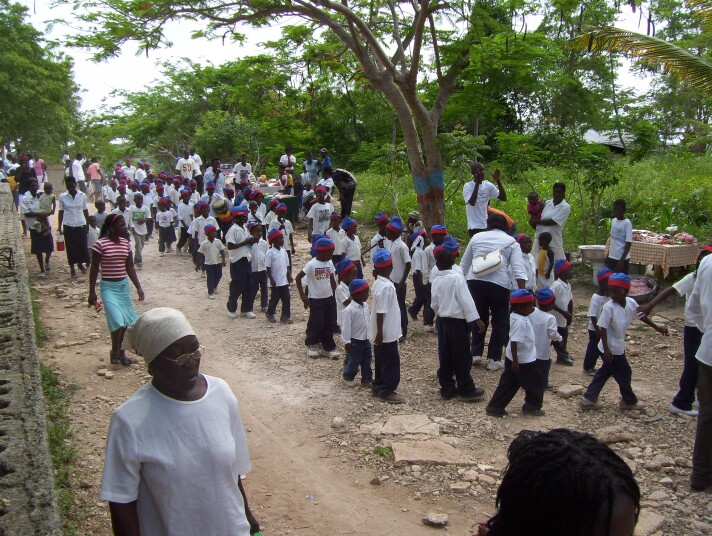 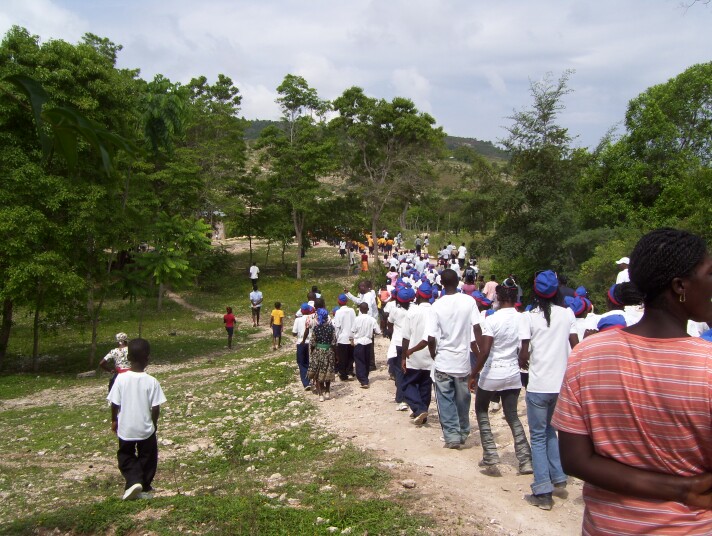 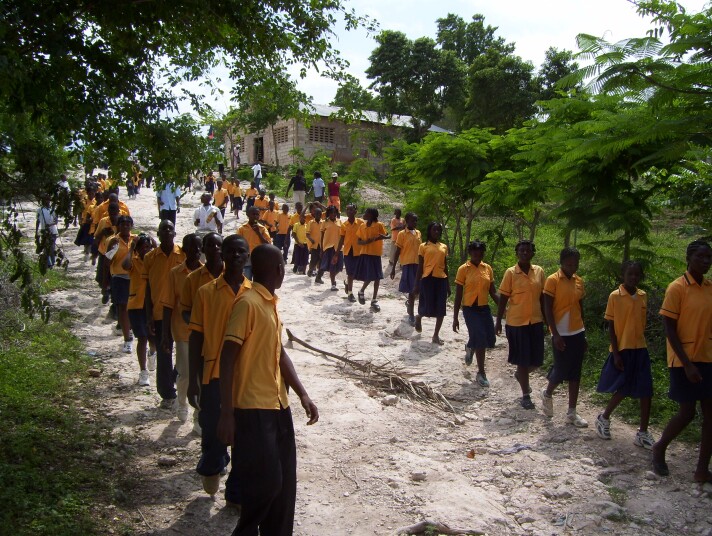 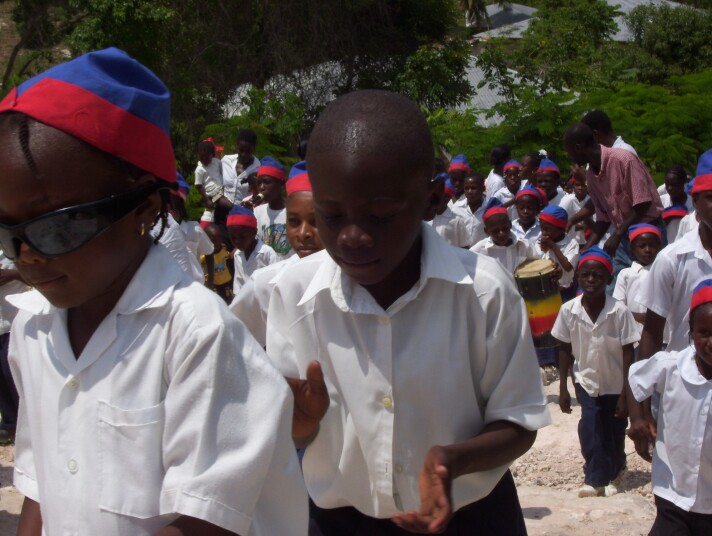 The two groups marched back into the Community School, and sat around, ready for the music and other entertainment. 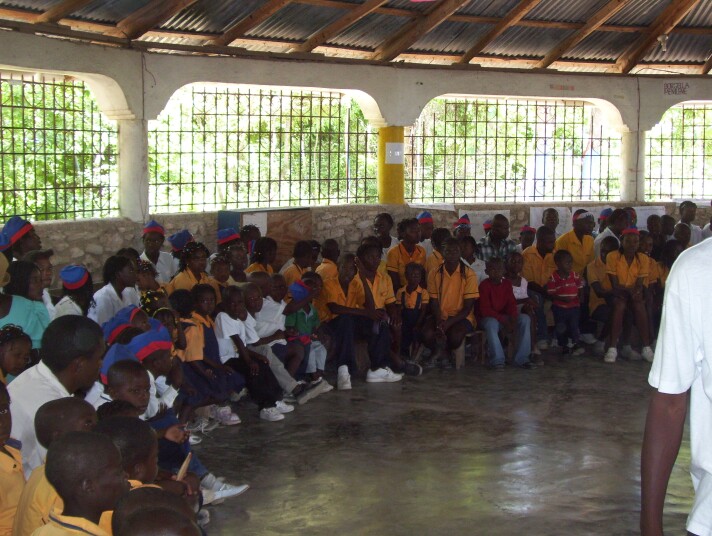 The show opened with a speech by a seventh grader, Richena. She talked about Flag Day, about what it should mean to Haitians. 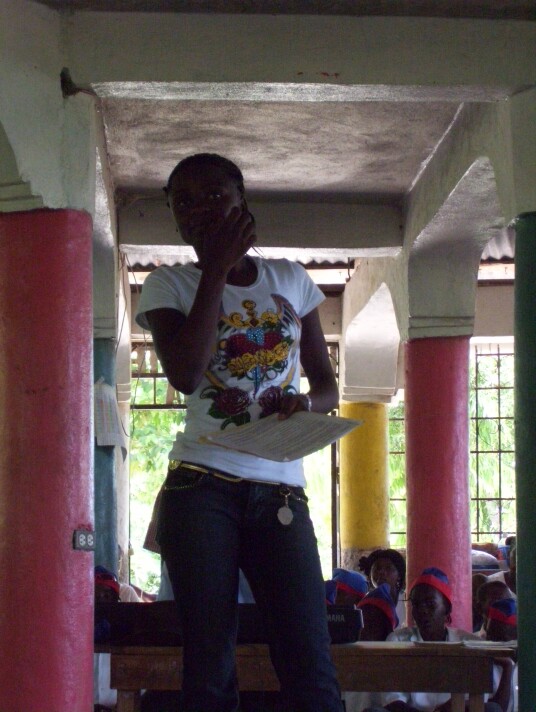 Each class got up and sang a song or performed a skit. 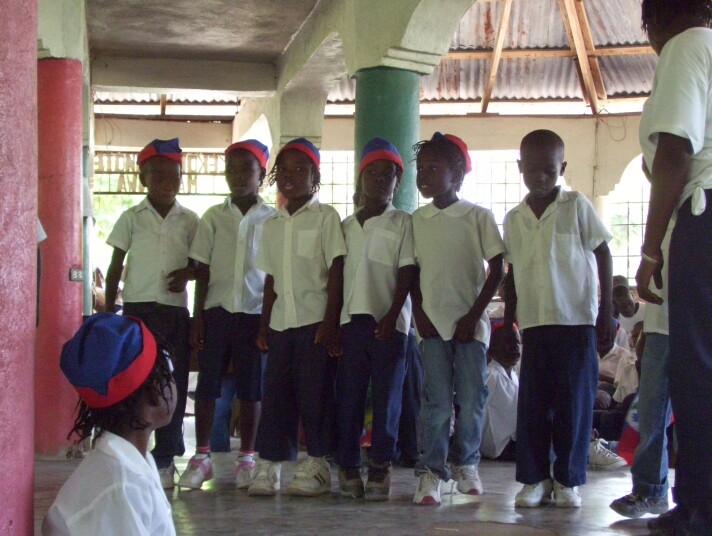 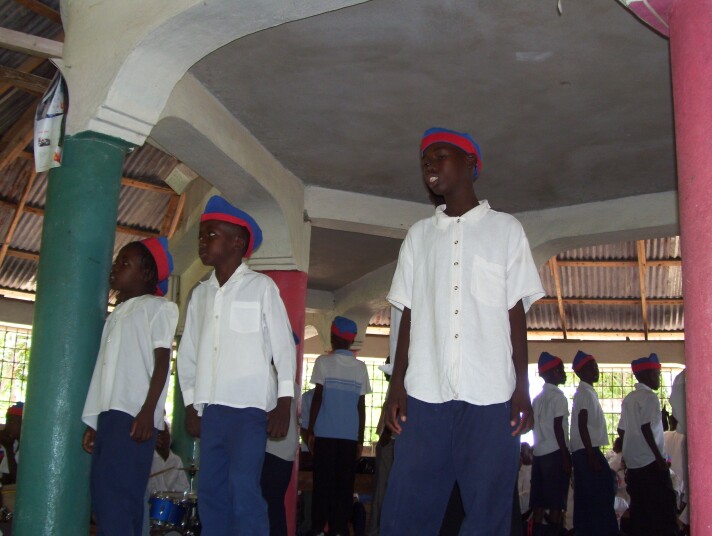 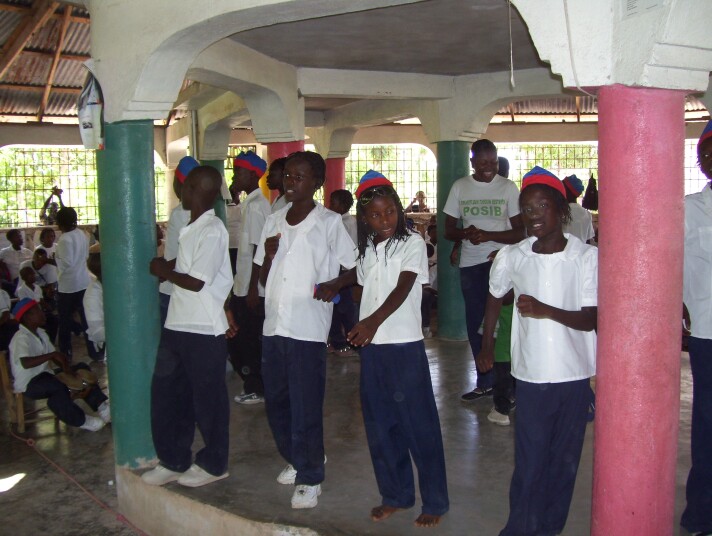 The fifth-graders performed a song. The boy on the right is Jantoutou. He’s deaf and mute, so I wonder what singing with his classmates feels like to him. But he didn’t miss the chance to be a part of things. 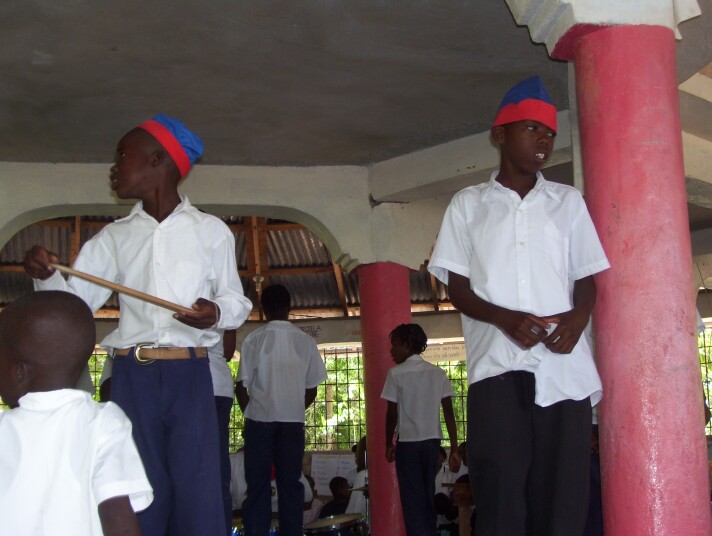 The school had visitors from the Central Plateau, 15 schoolteachers from Circa Carvajal, who came to Matènwa to see what non-violent, student-centered teaching looks like. They introduced themselves to the crowd. 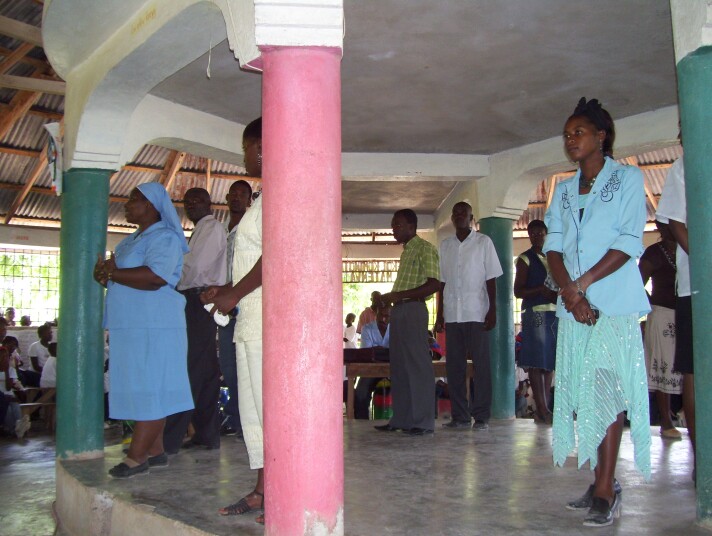 The school’s small band accompanied many of the acts. 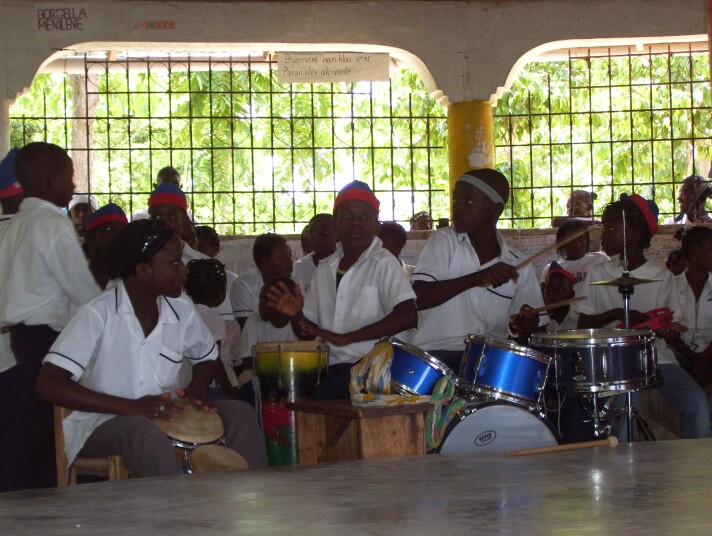 This little boy was tired enough that he didn’t mind clinging to a strange white man. 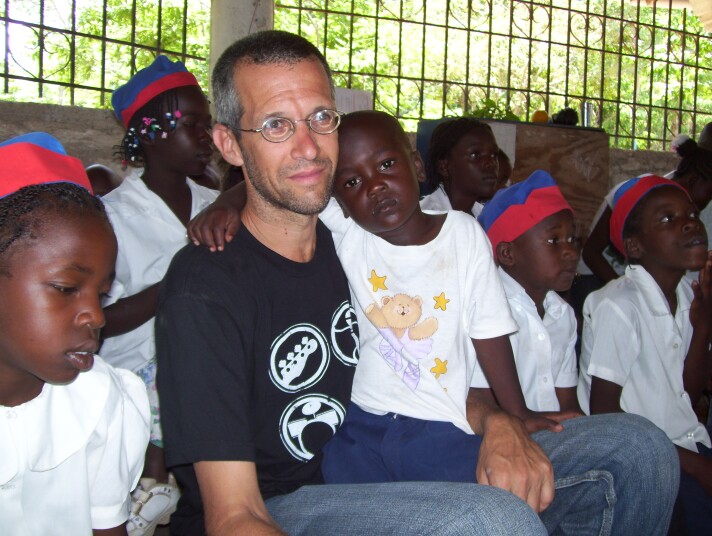 The day ended with a feast: beans and rice with vegetable sauce for a couple hundred people. 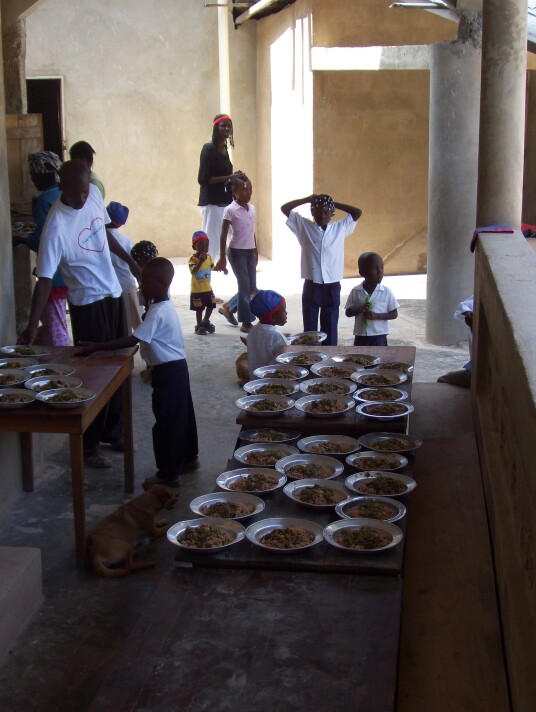 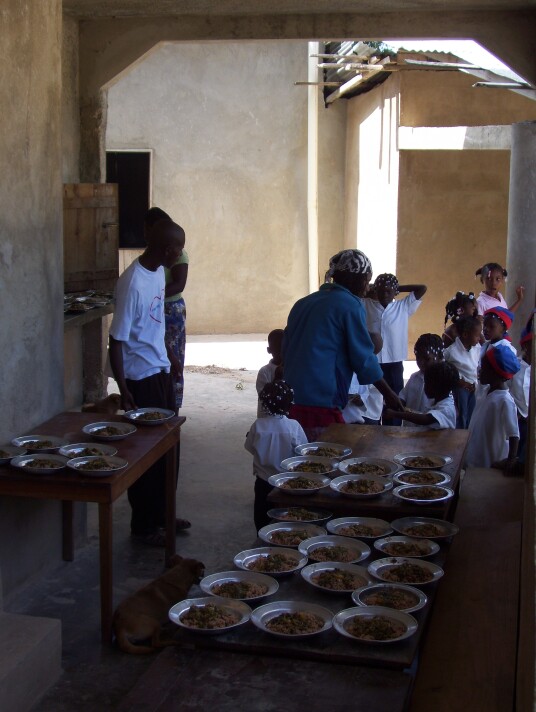 It was a great day. It offered a whole community the chance to celebrate its nation’s proud history together. I wonder whether July 4th was once like this.

Here’s a short video of the parade. The kids are singing the national anthem.