Fremy and I have been working closely with a team of literacy teachers in Fayette, a rural area outside of Darbonne, since April. For the first few months, we met with the teachers every week for two hours to help them learn to plan and lead discussions using the Wonn Refleksyon book for non-readers. They have now developed lesson plans for most of the images and proverbs that are in the book.

With the planned end of this particular literacy cycle approaching, we all thought it would be important to spend some time together, discussing what we had accomplished so far and where we want to go from here.

Here are some images from the first half of our planning and review workshop. They were taken Saturday, October 22. Tomorrow, which is Saturday the 29 we will complete our review.

First, a short film. If anyone thought I was exagerating when I said that Fremy and I can have to take off our pants to cross a river on our way to meet with our colleagues in Fayette, here’s the evidence:

After we ford the torrent, we have a ten minute walk down a dirt road. The area is variously populated. 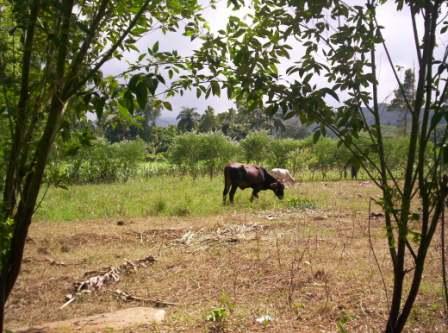 Then there’s another ten minute hike uphill through a series of thickly treed yards to get to the porch where we hold our meetings. 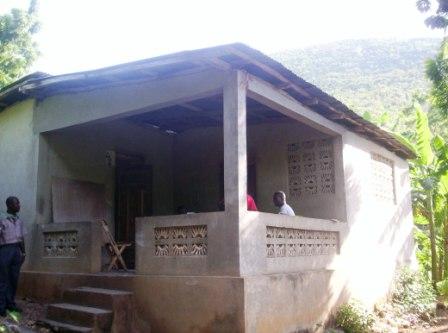 To open, we separated into pairs. In each little group, the partners interviewed each other with a view to identifying what had pleased them most in their work thus far, what had been most frustrating, and how they were addressing the issue that was frustrating them. Here, Dorlys and Renia exchange notes. 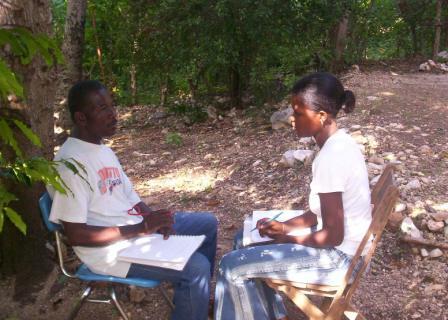 Gerald is the group’s coordinator. Here he’s taking notes as he questions Marjorie. 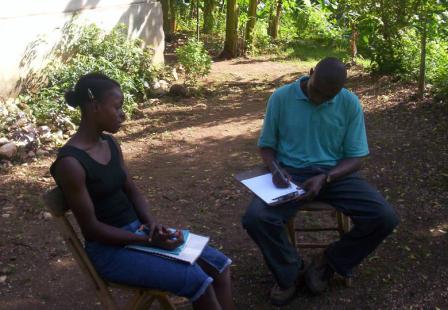 Toma and Innocent work in the shade provided by a banana-leaf shed. 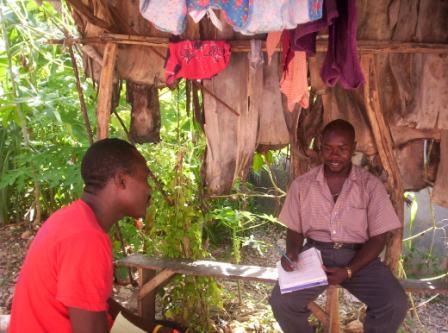 Each of the group’s members then reported what her or his partner had said. By organizing the activity that way, we were assured that we would be establishing a listening-based ambience right from the start. Not only that, but the aspects of the group’s experience that had been most striking would be fresh on our minds.

Next, we led the group through a discussion of one of the Wonn Refleksyon texts. The one that Fremy chose is an excerpt from __The Pessimist’s Handbook__, by Arthur Schopenhauer. It makes a strong claim that our happiness is based on illusion. We chose to use a Wonn Refleksyon discussion because we wanted to put a spotlight on the way the group works together as a group: How well do we listen to one another? How dependably to we speak our minds? The discussion of a challenging text gave us an examle of our collaboration to talk about.

We also wanted to work some on the hardest part of leading group discussions: The time that the group spends in relatively free exchange. We have had a hard time helping teachers here learn to take genuine intellectual leadership of the sort that helps their groups make discoveries through conversation. The thought spending time taking about the sorts of questions that can be most profitably investigated through free discourse would be helpful.

Toma and Gerald do the same. 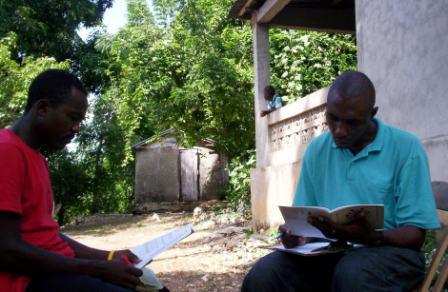 We shared various thoughts about good questions, and then talked seriously about the text. It was good work. No one wanted to stop.

But I know one thing: The teachers have regularly expressed their frustration over the fact that they each have some children in their class.

The group has begun collecting detailed information about the number of kids in the area who are not in school. We all hope to think of a way to make these children an important part of our plans.