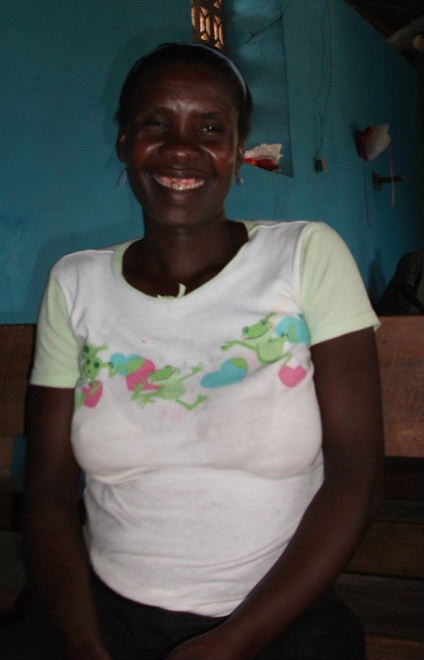 Ann is a CLM member from Giyòm. We first met her as she was being selected for the program. (See: Introducing Ann.) At the time she was struggling just to feed her seven kids and her disabled husband with the couple of dollars she could earn each week cutting gwann, or scrub palm, and selling it to people who would weave it into various household goods: sleeping mats; saddles and saddle bags for horses, donkeys, or mules; and produce sacks. She told us that a woman always has something cooking, but her options seemed in fact to be very limited.

Things have begun to change for Ann and her family, but change isn’t easy nor is it swift. Ann chose goat rearing and pig rearing as her two enterprises, but when a Bothar grant to CLM made cows available to twenty of our most needy members, Ann received one of them with her goats instead of the pig. The cow is now pregnant, as is one of the goats, but neither has given birth yet. So they are a long way from generating income.

Normally, that would not be a serious problem. Many of our members use their savings clubs to accumulate a lump sum that they can then use for small commerce. Each week, members put part of their food allowance into a pot. One of the members then received the whole amount. It’s a way for members to organize a lump sum of cash. Thus, even if members chose two different kinds of animal husbandry as their two enterprises, they can nevertheless start a small commerce, too. That’s important, because commerce can bring them at least a small income they can count on every day.

But when Ann’s turn came to receive her club’s 1500-gourd pot, she used it to buy a third goat. She didn’t want to start her commerce yet. “I can’t carry stuff on my head, and I don’t have a horse. And on the mountaintop where I live, no one will come to buy stuff I try to sell from my home. So it’s better for me to save up until I can get a horse.”

The problem is, that she has been in the program since December, and her seven children still don’t get even one meal every day. She can’t count on her husband to farm. He was almost paralyzed with back pain when we first met him, and though he’s recovered remarkably, he can’t do hard work. “I’m just glad,” Ann says, “that he can take care of my cow. He can’t do anything in the field.”

Ann has been receiving her 300-gourd (about $7.50) weekly food stipend from CLM, but she hasn’t been spending it on food. She’s been sending half of it to her savings club, and depositing another 100 gourds in her Fonkoze savings account. “I’m saving to buy a horse.” Just 50 gourds remain to buy food with each week. That’s about $1.25. She still makes a few dollars selling gwann, but that leaves her with less than $8.50 a week with which to feed herself, her husband, and their seven kids. It’s just not enough.

She knows it’s a problem, but she’s not willing to risk postponing her purchase of a horse by using more of her food stipend to feed her kids. “Nou oblije reziye nou,” she says. That means, “We have to resign ourselves.” She’s so forward-looking that she’s will to look past the misery in front of her every day. The one child she had in school has now been sent home for non-payment three times since the beginning of the year. “He’s just going to have to wait until next year,” she explains.

For the CLM program, Ann’s case is difficult. We are reluctant to interfere with her ambitions, but we can’t sit and watch her invest in her future when she and her kids have nothing to eat. So we cancelled her savings club after its ten members each had a chance to take home the pot. We hope this will enable Ann to spend more money on food. The gwann season is coming to an end, so she’ll need to have some income she can rely on. 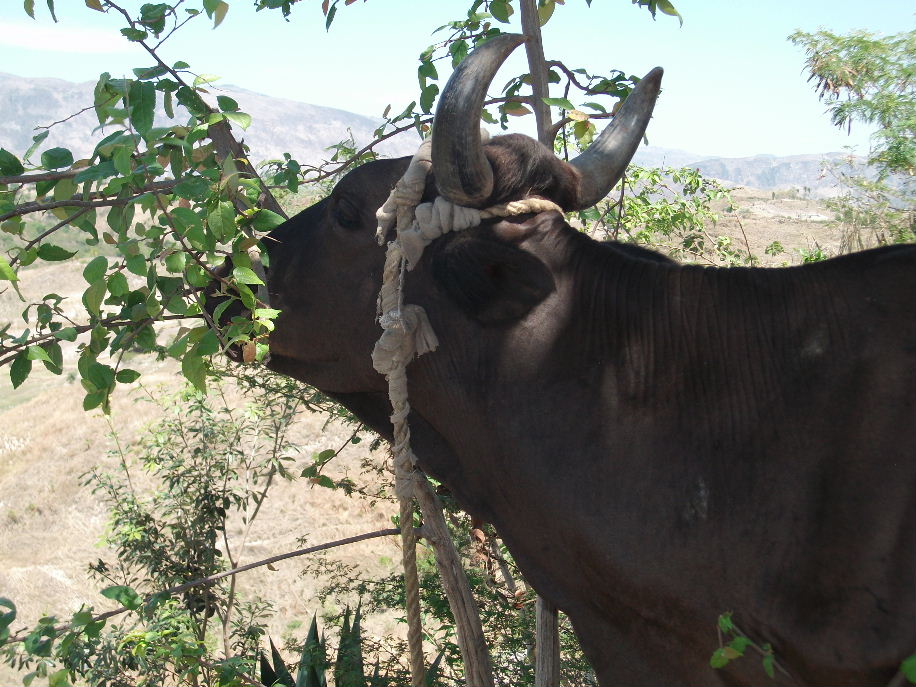