We want the women who graduate from the CLM program to have access to savings and credit after they complete the program. It is one way to help them continue to progress. This can be straightforward. Our sister organization, Fonkoze Financial Services (SFF), provides such services to thousands of Haitian from all over the country, including the Lower Central Plateau, where we are based.

But we also work in areas that SFF does not reach. Their need to break even limits what they’ve been able to do. So we started looking for ways to facilitate long-term access to a supportive financial structure, and we can across Village Savings and Loan Associations (VSLA). I’ve written about them here: http://www.apprenticeshipineducation.com/vsla/.

VSLAs are a way to organize a group of people to save money and use their savings to make loans. A group agrees to meet one a week, and at every meeting every member must buy at least one share. They can buy as many as five. The group determines share prices at an initial meeting, and these prices can vary greatly. Our own team works with groups whose shares are as small as 25 gourds and as big as 500. Members of the group can borrow money from the pot, usually as much as three times their own savings, and they repay the loan with interest. The group also decides both the rules about repayment and the interest rate.

We’ve set up a number of VSLAs as part of an experiment. We wanted to understand how they work and judge whether they could help our members. Two of the groups involve CLM staff members – Full disclosure: I’m in one of them – and the rest are primarily for CLM members.

On Monday, the first group that we established reached maturity, the end of its one-year term. VSLA members generally agree to save together for a year. At the end of the year, they divide up the pot, including the interest that they have earned through their loans.

The pay out is a long and tedious process, because the VSLA approach is as low-tech as it could possibly be. Each member has a bankbook, with a star for every share they have purchased. The secretary had to count all the stars in every book and then recount them to make sure there were no mistakes. Then he had to count and recount the money in the pot. He did all this under the watchful eyes of the president of the VSLA.

The group should then have been able to simply divide the amount of money in the pot by the number of shares to find the share price, but things were slightly complicated. One member had defaulted on her loan. The unpaid balance was more than the total of her shares, so her shares were taken out of the total.

The group had originally set the share price at 25 gourds, or about 40 cents. They kept the price low to help them respect their commitment to buy at least one share every week. Over the course of a year of hard saving, they had accumulated over 81,000 gourds, or about $1,300. Several individuals had saved up $100 or more. When they did the division, they discovered a share price of just over 30 gourds, a 20% return on their investment. The secretary and the president then carefully calculated and recalculated each member’s share, and counted out the money for one member at a time. Members sat quietly and attentively through the tedium. They were clearly pleased. 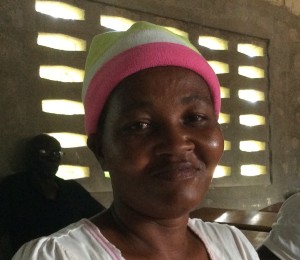 Aniolie Occilien, a CLM graduate, explained what they like about the VSLA. “It forces you to save your money. You get it all at the end, and then you can do what you want with it.” She wants to invest her savings in a cow. 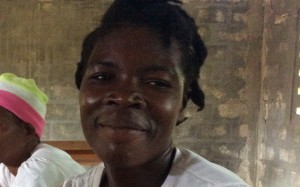 Dieula Chery felt the VSLA worked well for her, too. Another CLM graduate, she took out VSLA loans twice, and invested the money in her small business. She buys produce in the rural markets around Mirebalais, and she travels by truck with her merchandise to Port au prince. “It really helps. I was able to buy a third cow. I’ll use the money I saved up to by a mule. I’ve never had an animal to carry my stuff. It will help me get it out to the main road, where the truck passes.”

Next week, the group will start over again. This time, it will probably be larger. A number of their neighbors have been waiting to join, and it doesn’t appear as though many want to drop out.

We are excited about what we are seeing and have begun to establish more VSLAs. The newer ones are mainly for women who are still in the CLM program. That way, a woman can take out a loan or two while her case manager is still readily available.