Michèl, Jilmèn, and Madanm Lisyen are residents of Lalomas. They are members of a solidarity group called Bondyè Bon, or “God is good,” that’s served by Fonkoze’s Senmichèl branch. They’ve been with Fonkoze since 2003, and are on their fourth loan. Their most recent ones were for 15,000 gourds each, or about $400.

Belonging to a solidarity groups means more than just taking out loans and making repayments together – though it means that, too. It means sticking up for one another. That’s what Madanm Lisyen likes most about her Fonkoze credit. “There’s someone there,” she says, “to help you out if you need it.”

Her group had need of the principle when fellow member Jilmèn ran into trouble. She had used profits from her business to help her husband by a small motorcycle. It was a big investment, but it allowed him to earn another income for them as a taxi driver.

But then the motorcycle broke down. It had tied up enough of her money that repaying her loan became a serious problem. She talked to her credit agent, Brunel, about her plan to sell it, but he advised her to wait. “I told her to talk to her group instead,” he said. “The motorcycle was a good investment. I knew it would be better for her family if she could hold onto it.” She did talk to the group, and they were willing to lend her the money she would need to keep up her repayments. The motorcycle is almost fixed, and once her husband gets back to work repaying her friends should be no trouble.

Jilmèn is excited about her Fonkoze credit because it has really helped her business grow. She’s a butcher, buying livestock in the countryside that she sells as meat in Sanrafayèl, a small city nearby. She has five young children, and though they had started school before she joined Fonkoze, they had had to stop going. Tuition was more than she could afford. Now all five of them are in school, and she couldn’t be happier. “My business helps me care for my children. That’s what matters to me.”

Madanm Lisyen is an older woman. She’s given birth to sixteen children, though only six survived childhood. The youngest is now a 21-year-old eleventh-grader. She has seventeen grandchildren as well. She travels to Okap, Wanament, or Pòtoprens every two weeks or so to buy merchandise that she sells in front of her home in Lalomas. “I sell everything someone could need: food, cosmetics, sandals, underwear . . . everything.”

She used to sell from a stall in the middle of the busy market in Piyon, a regional center, but starting feeling as though she was too old to spend all that time away from home. “It was getting too hard. I decided to sell from my home instead.” But that hurt her business badly. She had to start over, without a client base, and so the business that had been so successful shrunk considerably. “My business got really small. Thanks to Fonkoze, it’s growing again.”

And it’s not just the credit she’s grateful for. She’s part of the literacy class Fonkoze offers free of charge in her center. “I’m old, and so it’s hard for me to learn, but I can already write my name. I’m a little slow, but with a little help I can now sign my name when we get our loans.” She’s not the only one who’s pleased. Her grandchildren love to watch her practice writing her name, and the older ones are quick to offer help and encouragement.

Madanm Lisyen buys in the cities and sells from her home. Michèl’s business works the other way around. She buys charcoal from peasants in and around Lalomas, and sells it in Pòtoprens. With the money she earns, she buys sacks of flour and sugar to sell when she returns home. When she’s busy, she can make the trip as often as once a week. It’s hard, but it’s good business. “It’s helped me raise my children and send them to school.” And that’s no inconsiderable feat. She has twelve of them.

Fonkoze’s credit has helped her expand her business and diversify it all well. “I’ve started buying livestock. I bought a bull a few months ago, and it’s grown so much that I wouldn’t sell it now for 10,000 gourds.” That’s about $265.

“The credit has also helped me do some things just for me. I always set the money I need for reimbursement and for purchasing aside, and I set aside what I need for my household, too. But I had wanted a cabinet to hold my dishes for a long time, and last week I saw one I liked. I told my husband I wanted to buy it, and that’s what I did.” 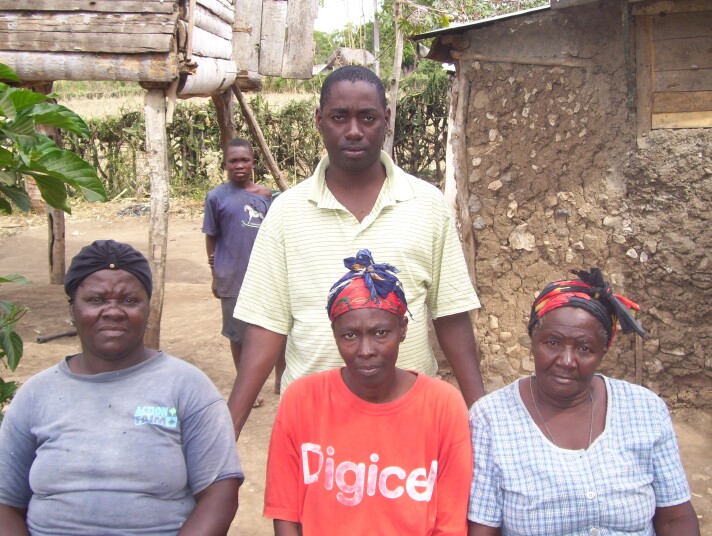 Elimàn belongs to another credit center, one that meets just down the road. She’s on her fourth loan as well. Hers is for 10,000 gourds. Some women may travel occasionally, even frequently, away from Lalomas to buy or sell. Elimàn spends most of her time away from Lalomas because she does both. She buys cosmetics and other odds and ends in Pòtoprens and then sells them in the large market towns of Ponsonde and Lestè. She comes home once a month to see her family and repay her loan.

It’s a hard life that’s been hers since she was a young girl. “My mother’s business was away from home, and I used to go with her when I was little. When she passed away, I continued the same kind of work.”

Her four children live in Senmichèl with an aunt so they can go to school. Her husband is a farmer in Lalomas, who keeps an eye on the kids and on their home.

“I’d like to sell at home, but my business isn’t big enough. You can’t go back and forth from Lalomas to Pòtoprens unless you have a lot of money to buy with. The transportation costs too much. But Ponsonde is much closer. I can go to Pòtoprens to buy with any little bit of money I have.”

Her business makes it hard for her to take advantage of the opportunities that Fonkoze might offer. She isn’t around to benefit from educational services or even to attend all of the required center meetings. So far, she’s been able to maintain a good repayment record, but her inability to attend meetings or to see her credit agent regularly entails risk. For Elimàn and the women in Lalomas who are like her the challenge is to grow within a system that wasn’t quite designed with a business like theirs in mind.

That’s a challenge for Fonkoze as well. The realities of Lalomas and its remote location won’t allow the problem to be ignored. 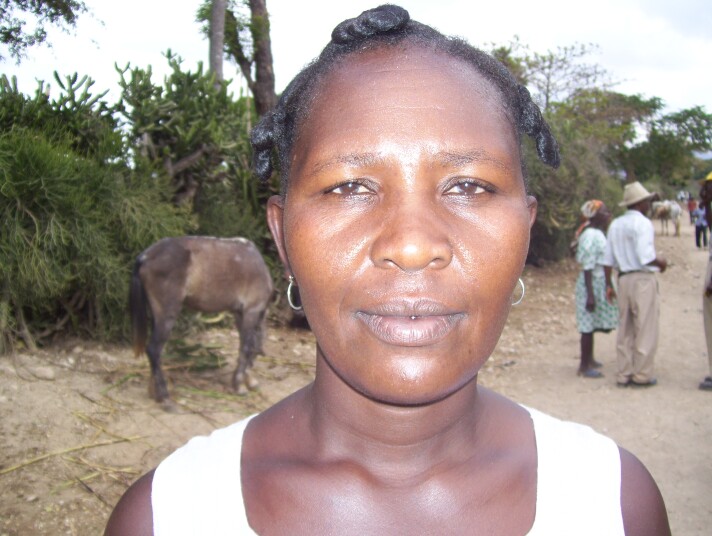