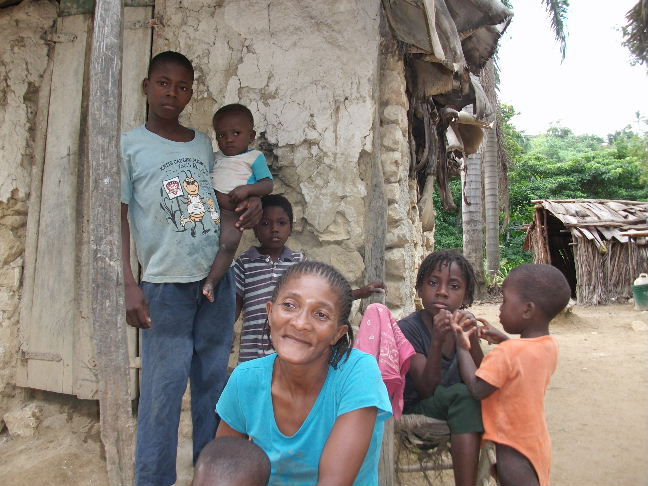 Mersila has only seven of her children with her now. Her oldest daughter is married and living in Port au Prince, and she took one of her younger sisters to live with her this year to help her with her own child. Mersila lives in Viyèt, a small rural community north of central Boukankare.

Thanks to a gift from an Irish organization called Bothar, she was one of twenty CLM members who received a cow as one of her productive assets. Normally, a cow would be more expensive than anything our program could offer. The cows went to women in Boukankare with large families.

“I was very excited when I heard I’d get the cow, even though my neighbors tried to talk me out of taking it. They said all kinds of things to discourage me —
that it was sent by the devil, all sorts of things. I guess they’re jealous. Even just the other day, someone from up on the mountain said that they heard a rumor that my cow had said that I should stop milking her, that I should leave the milk for her calf. Imagine a cow talking like that. It doesn’t make any sense.”

Bothar members received a cow and two goats as their enterprises, but that left them with a problem: Neither of the two were likely to generate much income by the time their weekly stipends end after six months in the program. That means that, without some good planning, they risk stepping backward at the six months while they wait for their animals to produce. Even if that reverse is temporary, we can’t accept it because it means, in practical terms, that the families will go hungry.

Like many of the Bothar members, Mersila hoped to use savings from her CLM cash stipend to start a small business, but it didn’t work out that way. She needed most of those savings to build her new house. We provide roofing material, nails, some cement, and money to pay skilled labor, but our members have to come up with rock, sand, and lumber. Ironically, it is the poorest among them that have to buy the lumber because they have no land to take it from. Buying the lumber consumed what she had set aside to start her commerce.

We had expected that Bothar members would sell milk to generate income early, but most haven’t. They are so anxious to care for their calf that they don’t want to take milk they think it might need, even though our livestock expert tells them regularly that the mothers need to be milked while nursing to stay healthy. If they take a little bit of milk, they just give it to their own kids.

So Mersila’s main ways of keeping food on the table are her husband’s farming and the charcoal that they make.

They were especially excited when her cow finally had a calf. It happened about three weeks ago. The calf is a small male, and she’s determined to take good care of it. She hopes that she’ll be able to sell it, once it’s weaned, for another female. With two females, she’ll be able to earn more money.

“I have so many children to send to school, and it would be much better for them if we could live closer to the main road. I hope I’ll eventually be able to sell a calf or two to buy a nice piece of land down the hill.” 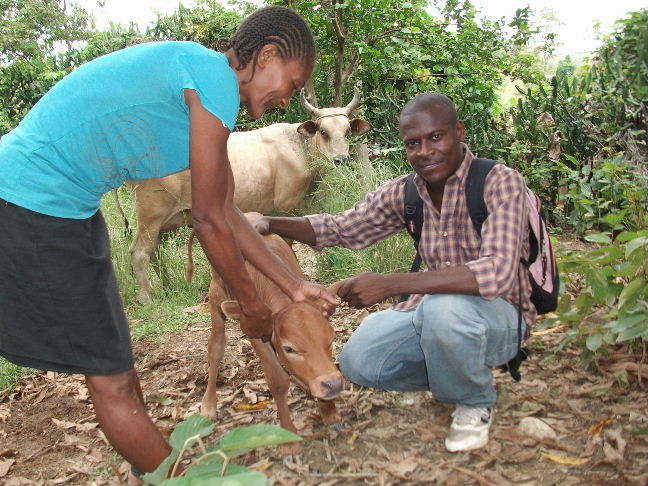