Monise enjoyed the graduation ceremony. She especially liked the singing and the speeches. The program, she feels, worked for her because it can work for anyone willing to make the effort r, as she says, “Depi w mache.” That’s like saying, “As long as you walk the walk.”

When she thinks back on her successful experience in the CLM program, she thinks a lot about her case manager, Martinière. “He gave me good advice, but it wasn’t just that. When I was sick, he made sure I got to the hospital. He helped me find the money to have the door made for my house when I didn’t know how I would get it done. And when my oldest child’s father died, the one man who had sometimes helped me out, he helped me contribute for the funeral. I’ll really miss him. He always had to know how all my children were doing, and on the day of my visit with him he would come back to me long after he left my house if he realized he had forgotten to discuss something important.”

She talks about another quality that made him valuable, too. “He would get angry with me when I wasn’t doing what I needed to do, but he always took the time to understand what was getting in my way. Then, he’d help me find a way out.”

Monise hasn’t returned to commerce yet. The business model she’s always preferred depends on having enough capital to buy merchandise to take to Port au Prince for sale. There was a time when a neighbor was willing to lend her the money, but that ended long before she joined CLM.

Now she is focused on her livestock and her farming. She has three goats, two pigs. A cow that she bought in its mother’s womb was born recently. She’ll take possession of it as soon as it can be weaned. It is a bull, so she’ll let it get a little bigger, and then sell it to buy a heifer in its place. 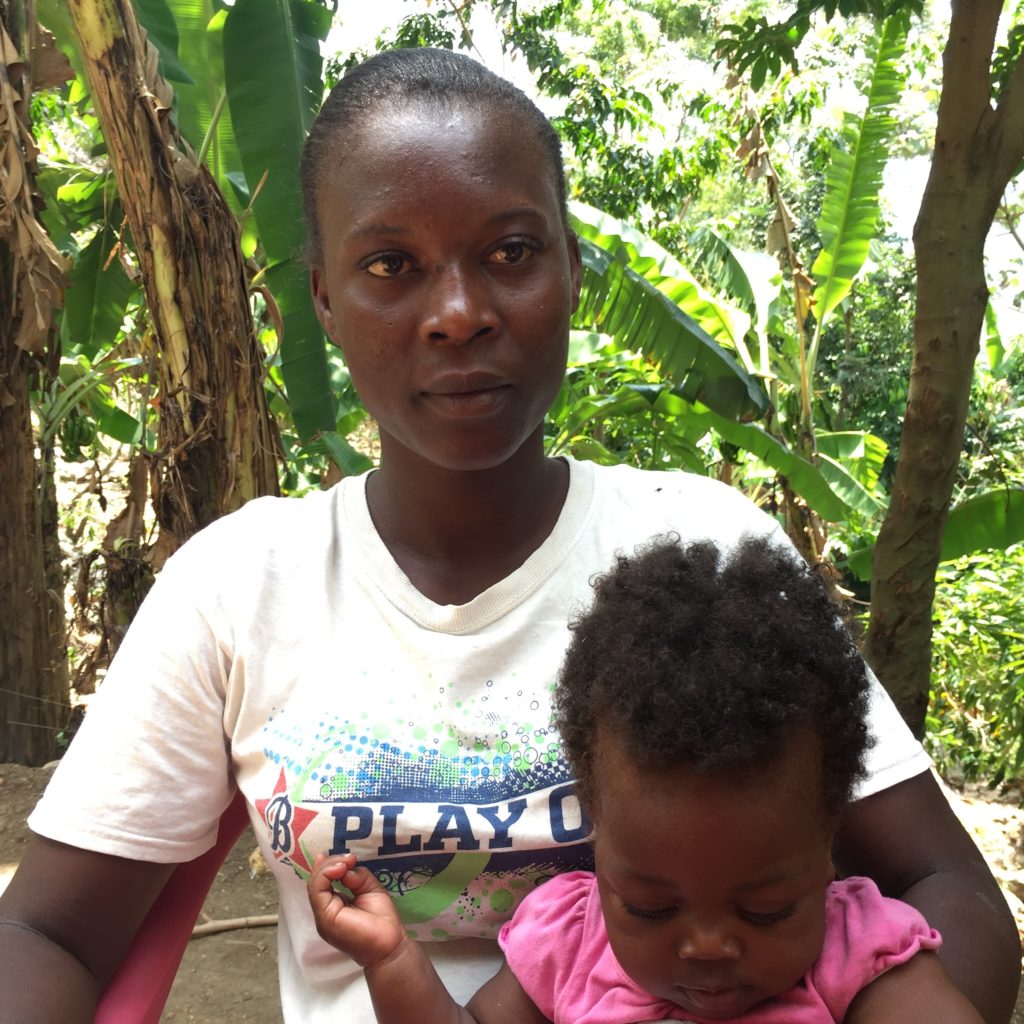