I often write about my godchild and his family. I thought I’d share some photos.

Here is Givens, my godson, together with his older brother, Cedrik. 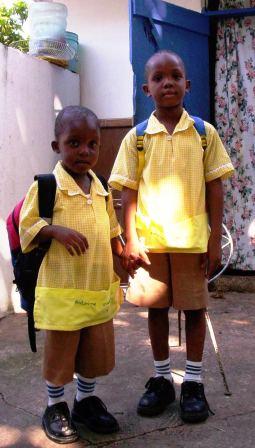 They’re wearing their school uniforms. The two of them attend the same three-year kindergarden program. Givens started in September at age two-and-a-half, and Cedrik is in his third year.

Their school is relatively expensive, but the cost of the school is not nearly the end of things. The cost of uniforms and shorts and t-shirts and sneakers for the days they have gym class add up.

And if that wasn’t enough, the school asks them to purchase special t-shirts that they are supposed to wear instead of uniforms during certain times of year. In November, the were supposed to buy and wear green t-shirts with jean, but their parents refused and sent them in uniforms. In December, though, the school simply insisted that they buy the spoecial red shirts everyone would wear. 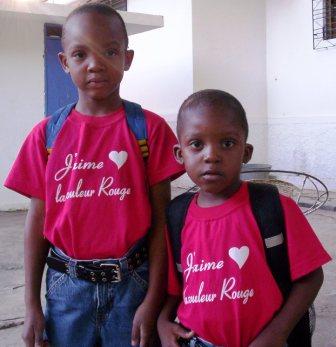 Here they are with their aunt, my makome’s youngest sister, Amise. Amise courageously decided to return to primary school this year after having been out of school for more than eight years. Though she’s long been a young woman, she wears a uniform just like the children she attends school with do. 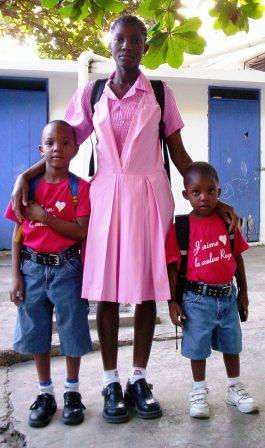 And here are they boys with their parents, my makome, Jidit and my monkonpe, Saul. 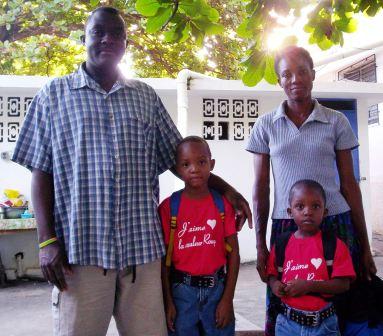