Rosemitha thought that the certificate she received was the most important thing about the graduation ceremony. It showed that “we did good work, so we finished the program well.”

But she pivoted almost immediately from talk about her certificate to talk about her frustrations. “I would have made more progress if my livestock had done better.” Her goats’ first two litters died. The two she now has just had another litter of two kids each, and though one of the four kids died, the others seem healthy, so she can be cautiously hopeful. She and her husband also have a pig that gave birth to six piglets. And if they survive they will provide a windfall.

As she talked about the livestock, and about other aspects of her experience in the program, she was frequently interrupted by her husband. He would jump in, then I would ask her to continue. But his interruptions would change her focus, adding to the confusion that my questions sometimes initially provoke. He’d insist that she didn’t know anything about their livestock, that he was the one who took care of the animals.

People call him Patekwe, which means “did not believe.” Things were a lot easier for the couple before Patekwe’s mother died. Her illness and then funeral were a major expense, setting them back on the path forward they had started to trace. It cost them their entire first littler of piglets, money that could have enabled them to achieve their first objective already. They might have been able to afford a small cow. And the older woman played an important role in the household. She was a reliable babysitter for the children and a good friend to both her daughter-in-law and her son. Patekwe complains, “Now one of us always has to be here with the baby. If Rosemitha leaves, I have to stay home.”

The couple’s plans moving forward are a little unclear. Two of their three children no longer live with them. Both Rosemitha and Patekwe brought children into the relationship, one each, but his daughter now lives with a cousin in Lakolin, near the hospital where his mother died. The cousin encouraged him to leave the girl with her while the older woman was sick, arguing that she’d have better access to an education. Patekwe visits regularly, and he’s happy with his daughter’s new situation. Rosemitha’s boy has moved in with her father, who lives nearby. Rosemitha is glad to have someone living with the older man, but her decision was also affected by her sense that her boy had grown less welcome with Patekwa than he had been when he was a younger brother and a playmate for his girl.

Rosemitha says she wants to return to small commerce, and she knows she can sell a goat to get the money to do so, but neither she nor her husband think it’s time to do that yet. And she and Patekwe will have to decide who will look after the child if she starts going to the market regularly. His mother’s boyfriend would spend time with them at first after his mother died, but he’s moved on to another woman. They aren’t seeing him much anymore.

In addition, what Rosemitha has told me in the past, but will not say in front of Patekwe, is that it is hard for her to sustain a business around him. When he is focused on farming their land – he inherited the plot above their home from his mother, and has been renting another for a long time – he doesn’t have time to earn cash by working for other farmers. So, he turns to any cash she might have to manage his expenses. When he isn’t busy, he likes to hang out in the market in Kaledan, down the road from where they live, and that involves having money in his pocket for gambling and snacks. 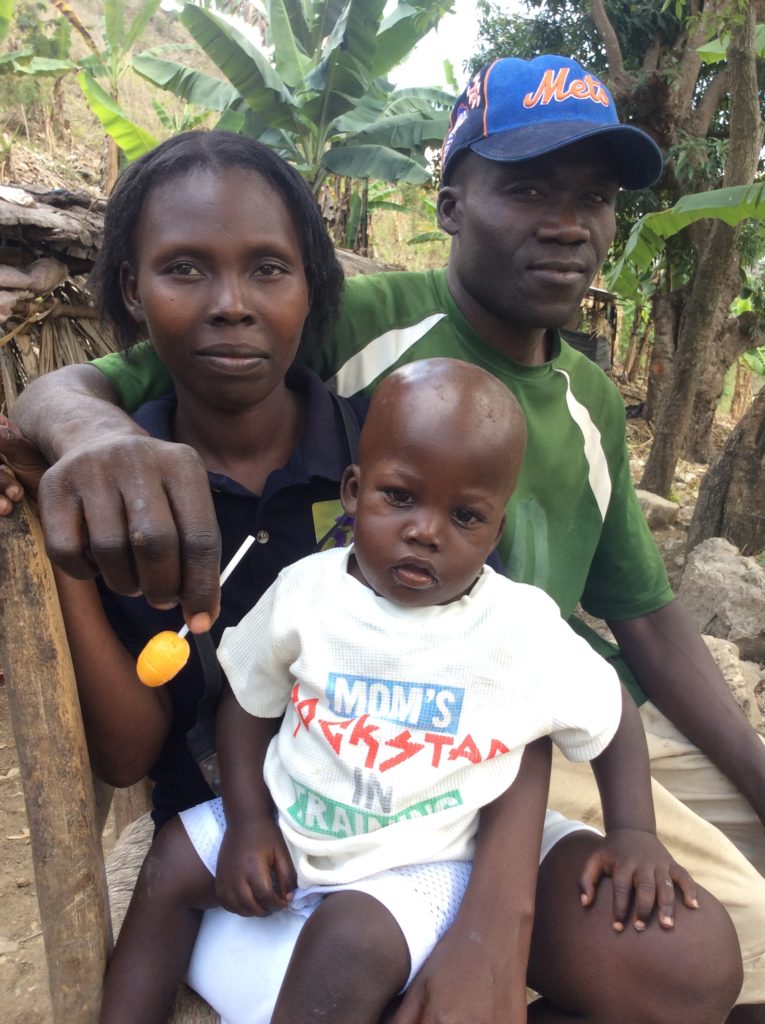