Sonie is the mother of five children. She had four with a first partner, though only one of them survived. She has four with the man whom she currently lives with in Tyera Miskadi, a section of Tomond. Only three of the five children live with the couple. Her oldest lives with her mother, and another with her brother.

She joined the CLM program this year. She was what the team often refers to as an “orijinal,” a woman whose dire poverty is evident in all the ways that the team’s process considers. She was living in a home in horrible condition, really no more than a shack. Her husband would sometimes find work, but somehow the money never reached her and their children. She was without any assets. She owned no livestock, and could not afford the merchandise she would need to start a small commerce. Though the couple has some land, they lacked the resources to farm it. She had no way to keep her young children consistently fed.

When she first joined the program, she didn’t know what to think. “I didn’t understand.” But the more the team spoke with her, the clearer things became. As she received the various transfers that the team offers, she felt her life begin to change. “They gave me goats, they gave me a water filter, and they give me money, too.”

The cash, or weekly stipend, has been especially important. She uses some to help her feed her children, but also has purchased some of the basic things she needs. When she joined the program, for example, she had no footwear of any kind. She used 100 gourds, or about $1.50, to buy a pair of plastic sandals. But her biggest expense was the fee she paid to the young men who dug the pit for the latrine that CLM is helping her install.

But more important still was the help she received at a medical clinic the CLM team organized in her neighborhood thanks to Haiti Clinic. Sonie has been suffering from asthma for a long time. She has frequent attacks that she tries to combat with an inhaler that she gets from a clinic in downtown Tomond. On the day of the clinic, her asthma was so bad that she could not walk the few hundred yards to get there from her home by herself. Haiti Clinic’s Haitian medical staff received her, and gave her medication that is now keeping her asthma in check

For Sonie, the combination of feeling better about herself and just feeling better is having an effect. She’s starting to imagine what she could do to continue to improve her life. She’d like to start a small commerce to go along with the livestock that she’s asked the CLM team to give her. “I want to buy charcoal and sell it in Port au Prince and maybe buy and sell chickens in the local market.”

But it will have to wait. “I need to repair my home first. If you don’t have a house with a door, people can come by when you step out and take your merchandise.” 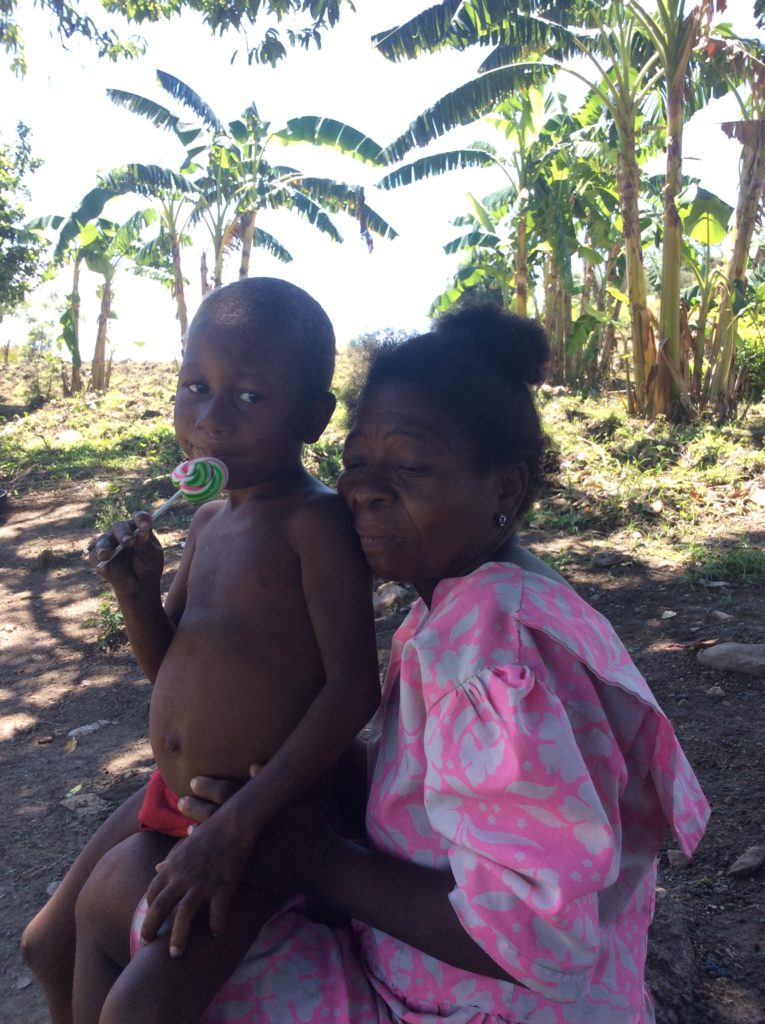