The Matenwa Community Learning Center has been making a schoolyard garden an important part of its work for years. The garden reflects the school’s philosophy in a number of ways. First, the school aims to educate children to appreciate the place where they are growing up and to be able to live well there. This is enormously important because the great tendancy in all of rural Haiti is for those children who get to go to school to move away to cities where their families think they will have more opportunities.

Second, the school aims at sustainable development for Matènwa and for the island of Lagonav, where Matènwa is located. Teaching organic vegetable gardening is a way to develop a food source for an area where food can be scarce. Teaching techniques that are good for the soil and for the environment in general is an important way to fight the environmental degradation that hurts the island — and all of Haiti — so badly.

Third, raising and distributing trees directly combats the deforestation that has pushed much of Lagonav to the environmental edge. 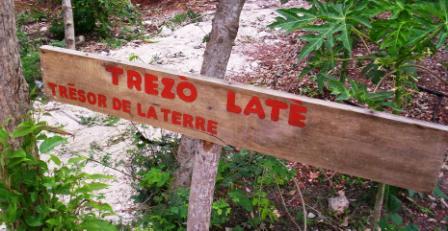 Everyday, Abner Sauveur, the school’s principal, spends an hour in the garden with one of the classes. They start by sitting in a circle and going over the work they’ll need to do that day. Here he’s talking with the fourth grade class. 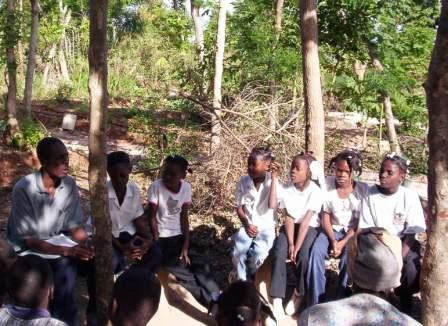 He assigned two of the children to take inventory of newly-planted beds of cabbage. As it turns out, they counted almost twice the number of plants that he had recorded in his journal. He himself had failed to count plants in one of the new beds. The kids enjoyed correcting him, and he was pleased to be corrected. 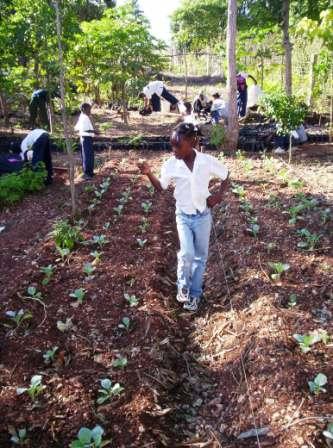 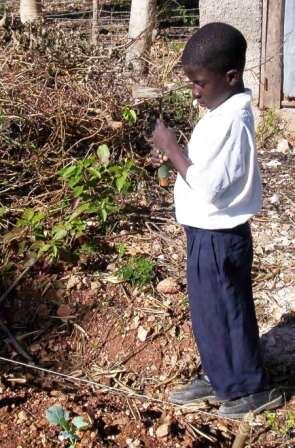 One boy was assigned to water plants. Though the school uses some drip irrigation, they are not yet equipped to use it throughout the garden. And they’re not sure they want to. They like the way a person carrying a watering can interacts with the garden closely. 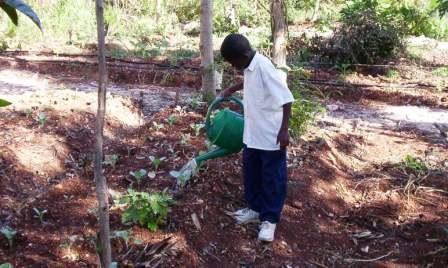 The day’s major work was in the tree nursery. The school has distributed over 7000 trees to students, teachers, and neighbors this year. One group was assigned to fill the bags they plant seedings in with soil. 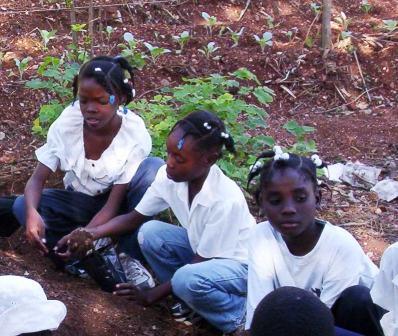 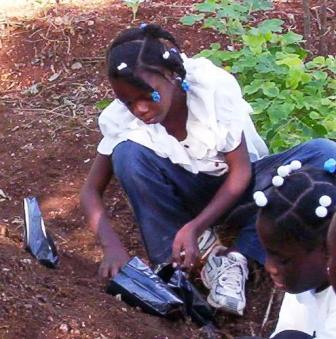 The fourth-grade teacher, Benaja, joined in. 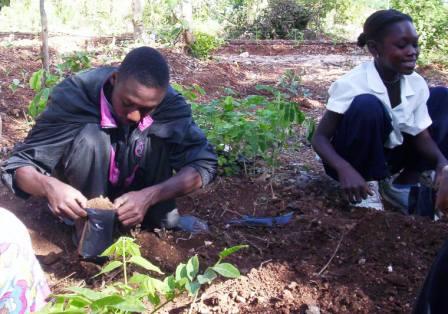 Another group was removing saplings from bags that had become too small. 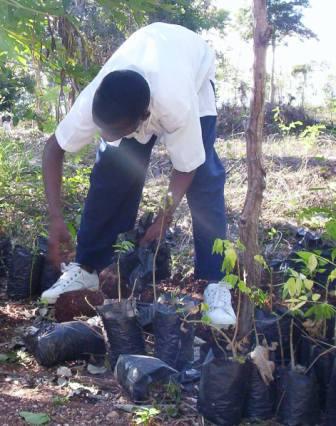 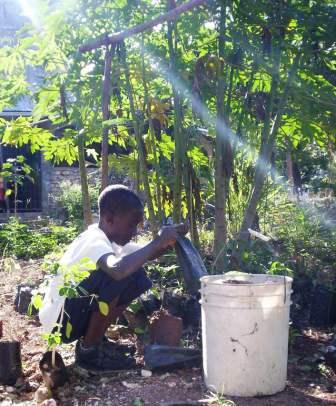 Not all the students are children. This year, several adult women decided to return to school. It’s a credit to them that they would have the courage to do so, but it also speaks well of the school, which creates an environment in which they feel comfortable joining in a class of children. 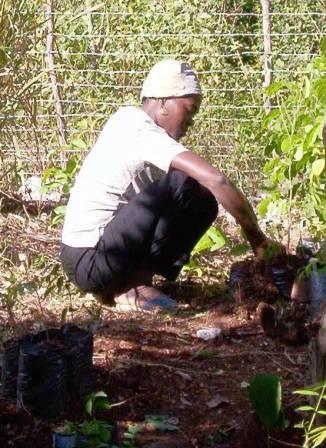 One group of children joined Elijen, the school’s gardening assistant, as he organized newly-filled bags of soil in the tree nursery. 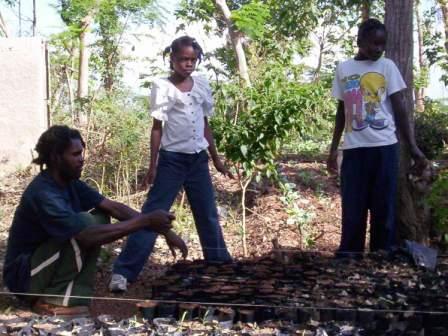 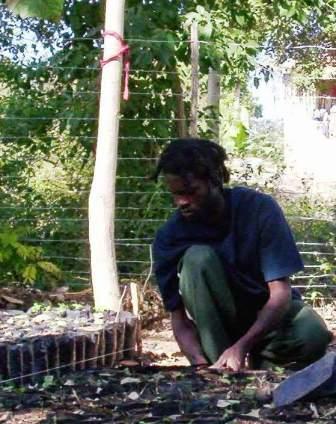 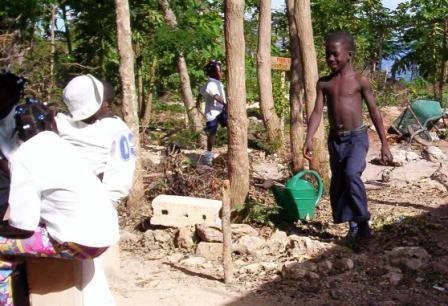 The kids get some help from an neighbor. 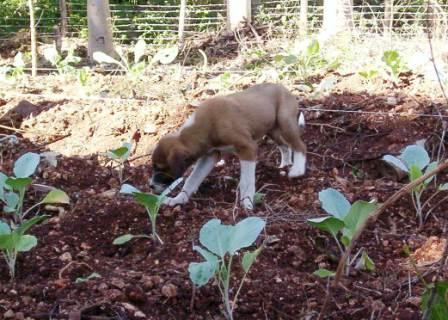 At the end of the class, the group returns to the circle to talk about what they’ve accomplished. 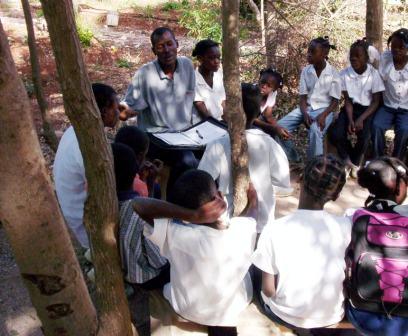 The school is very much committed to creating a positive, respectful, encouraging environment. As each group of children tells the class about the work it did, Abner has the class give them a round of applause. 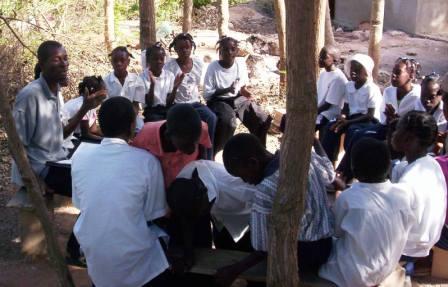 The school in Matènwa depends in part on support from donors in the States and elsewhere. If you want to learn more about supporting the school, contact Chris Low, at [email protected]