On Friday, a group of Reflection Circle practitioners met in Ka Glo. Reflection Circles are one of the major aspects of my work Haiti. They are what brought me to Haiti when I first came in 1997. I was invited to participate in taking a program that had been created by some of my teachers and adapting it for Haiti. That program is called the Touchstones Discussion Project (www.touchstones.org). It’s a disciplined process for introducing conversation about texts as a regular activity into a range of situations: from classrooms in schools to youth groups and literacy classes. A group of Haitians and Americans that were at work here thought that some version of the Touchstones Project might be useful.

Friday’s meeting was the third in a series that began after a number of us expressed the sense last December that we weren’t doing enough to make progress as practitioners. We held a first meeting in Dabòn last spring and a second in Matènwa in July.

I took some photos of Friday’s meeting, which we held in and around my house. All the food for the day was made by Madanm Decius, the mother of my young friends Titi and Ti Kel. 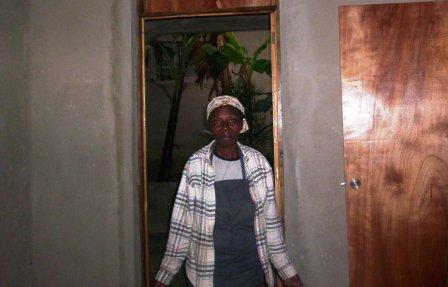 We welcomed people from my front patio with coffee with bread and peanut butter. Abélard and Jude, two of the most experienced practitioners, had agreed that they would lead the day.

We sat around a circle in my living room. We had removed my furniture and replaced it all with benches borrowed from the Seventh Day Adventist church. 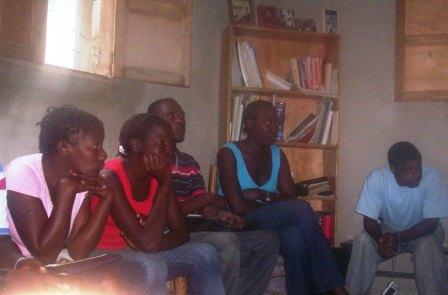 Abélard is a good, but a very laid-back leader. Nevertheless, leadership does involve some talking.

We spent much of the day meeting in small groups, in various corners of the mango or plantain groves. 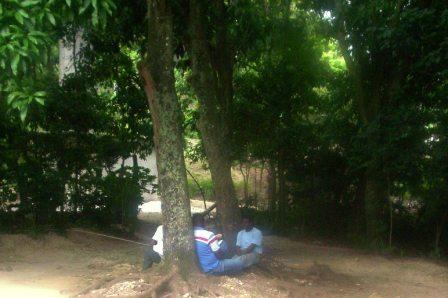 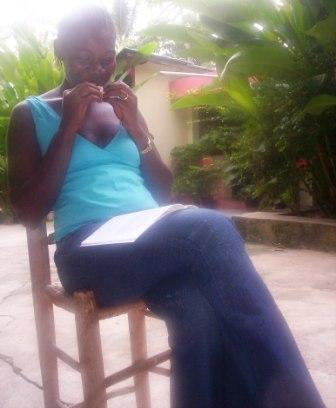 Thomas came from the mountains outside of Leyogann, where he teaches both primary school and adult literacy. He’s also a veterinary worker. 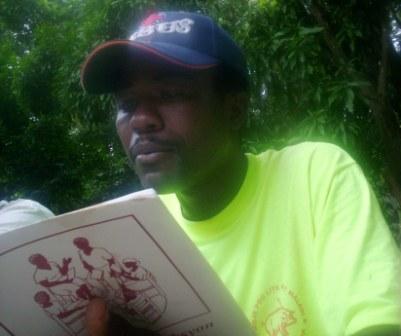 As my co-host, Lilly took a lively interest in the proceedings. 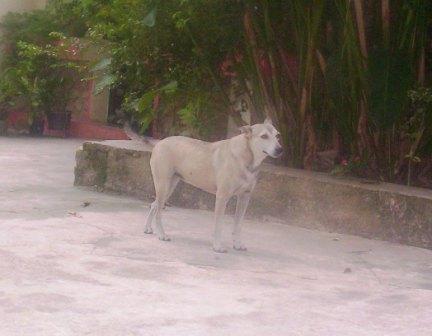