When Aline first saw CLM staff asking a lot of questions in the area around her home in Divye, a small community in Montay Terib, she didn’t know what to make of it. Montay Terib is a hard-to-access area in the mountains of southwestern Sodo.

Aline was having a difficult time of things. She had four children, but their fathers were not providing support. She had no income of her own, so she had to depend on her parents. “I had problems. I had no one to help me. I had no livestock. I didn’t have anything.”

She joined the program in 2012, and chose goats and small commerce as her two enterprises. And for 18 months she worked hard and began to flourish. She built her own small house on a spot of her parents’ land. She took care of her livestock, and her assets multiplied. By the time she graduated, she had six goats and a small cow.

She also built up her commerce. She would make the weekly hike down to the regional market at Kay Micho, in southern Sodo, and hike back up to Montay Terib with her merchandise. She sold basic groceries—oil and rice, for example – at the mountain market at Ka Boudou.

It was a hard way to live, but she was making it work. She made enough money with her business to keep her four children fed and in school, even with no help from the children’s fathers. When she reached graduation in 2013, as she reports, “Things were good.”

Within a couple of years, however, things took a turn for the worse when her mother died. Funerals are expensive in Haiti, and her one sibling, a sister, was already struggling to get by in Kabare, the closest large town. Much of the expense of the funeral fell on Aline. She was able to manage without taking on debt, but it meant selling most of her livestock. That meant that the full burden of school expenses would have to fall on her business, but she tried to plow ahead nonetheless.

She began, however, to notice that her father seemed to have turned against her, showing signs that he didn’t want her around. To this day, she is not sure why. He started to plant his crops closer and closer to her front door, leaving her and her children less and less living space. She finally made the only decision she thought she could, abandoning her house in Montay Terib, renting a room in Kabare, and moving there with her children. By now she had five.

She knew that she would need a different business living in Kabare, so she came up with a plan. She would buy 2-3 sacks of charcoal at a time, and sell small bags of it retail. A commerce like this one, often called “kase lote,” which means to break into piles, is a key step in the distribution of agricultural goods across Haiti. For something like charcoal, there are smaller and larger rural producers. They might make as few a one or as many as a half-dozen or even more sacks at a time. They either bring them to market or sell them to local merchants, usually women, who bring them to market instead. When they get to market, the sacks are purchased by other businesswomen, who sell them in turn to retail sellers like Aline.

But it was hard. School costs for the children were higher in Kabare, and she was now paying rent. The strain on her business was considerable. She met a man, and became pregnant. It was a hard pregnancy. She was sick much of the time. It made it harder for her to work every day, and every day she missed was a reduction in her sales. And the expense of going to the hospital and buying medication was an additional drain.

She was able to get her kids through the school year, but at the end of the year she sent the four older children to Montay Terib for the summer. They are staying with their paternal grandmother. Aline says they are enjoying the mangos. But Aline’s business finally collapsed shortly before she gave birth.

Her baby’s father is supporting her now, but he isn’t willing to support her older children, and she has no money right now to send them to school next year. She’s feeling better, and would be almost ready to go back to work, but doesn’t yet know when she’ll be able to get her hands on the initial investment that she will need. 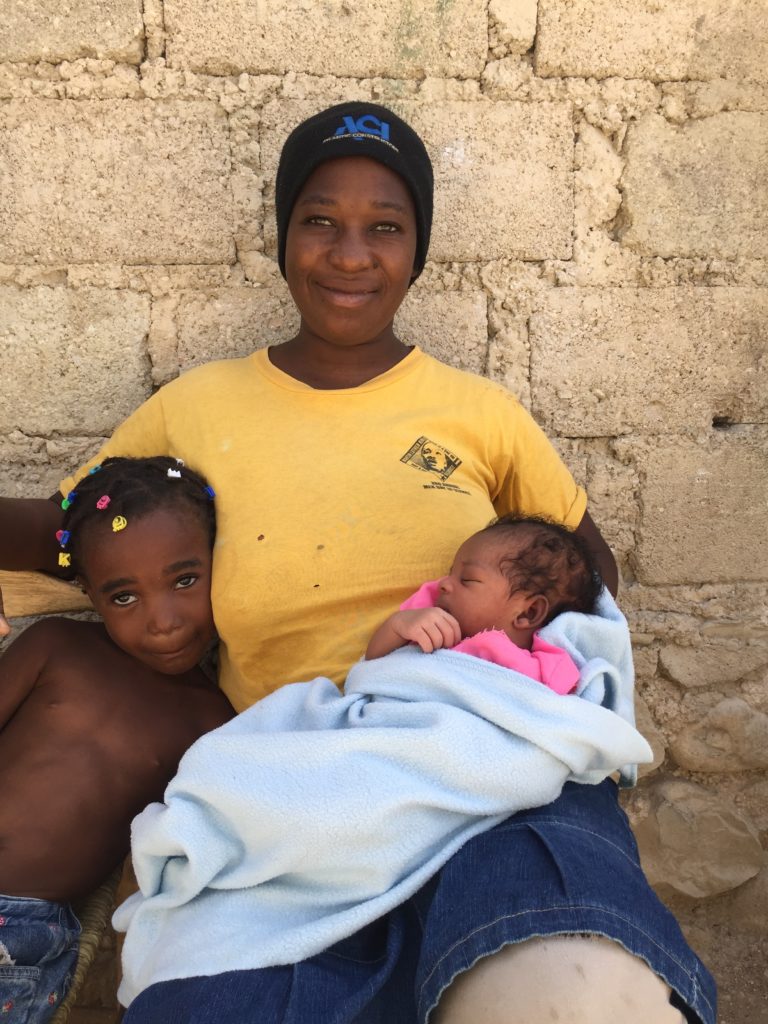