In September, I wrote to many of you that Jacob had been killed. He was an artist-entrepreneur who had been building an arts and crafts workshop in Site Solèy, Port au Prince’s most notorious neighborhood. 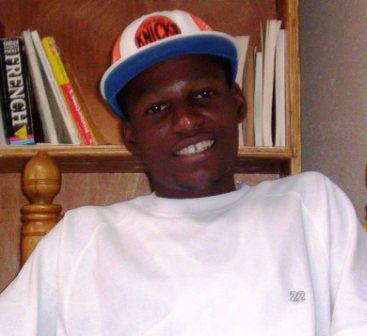 He was murdered by a gang that was jealous of his connections to foreigners or of his growing business or for other reasons that I don’t understand. His wife and children had to flee, as did the group of young people who were building the workshop with him. The workshop was destroyed, along with all its recently acquired equipment.

The workshop’s destruction was a disaster for many of those who were involved. It was the way that some of them paid for school for themselves or their kids. Some depended on the work for more than just school. It gave lots of young people work to do in a country where unemployment is said to be at least 70%. It would be hard to exaggerate the importance it had.

I thought that the story was more or less over, but it wasn’t. Soon after the crime, I learned through a mutual friend that Jacob’s wife and children were safe in hiding and that at least some of the members of the workshop were ok as well. They had gone out to the countryside to escape and to grieve. 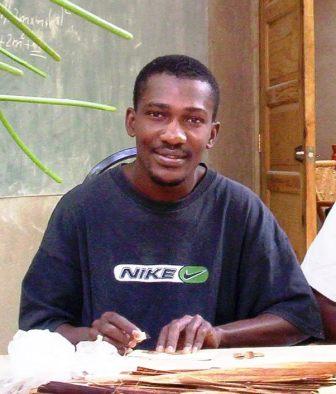 Some time later, I heard that two of the workshop’s members, Jethro and Wisly, would be coming to Port au Prince. They had things to do and people to see. They had determined to try to re-open the workshop, and while they couldn’t safely return to Site Solèy, they could not accomplish everything they would need to accomplish from the countryside where they were staying. I let them know though our mutual friend that if they needed a safe place to spend a few days while they were in Port au Prince – someplace close enough to allow them to run their errands in the city but far enough to be out of harm’s way – they could come to Ka Glo. I soon got an e-mail from them in the countryside letting me know that they liked the idea and would come.

That was a few weeks ago, and since then they’ve been living in my house. I can’t really say that they’ve been living with me, since I myself haven’t been home more than a few days since mid-November, but they’ve been in the house, with Byton making friends in Ka Glo and getting to work. To see photos of them as they work, click TheArtists.

In the meantime, they are creating their wonderful cards again, and looking for ways to sell them. They are business people, and want to get their business running again.

Some of you have seen their work, so know its value. Here are a few photos that can give one at least some sense of what they do: 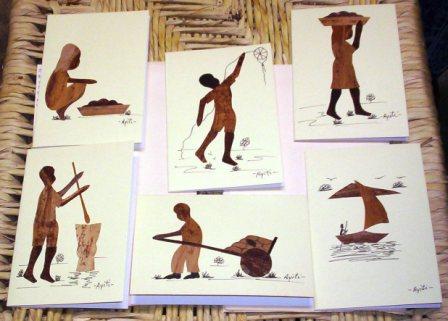 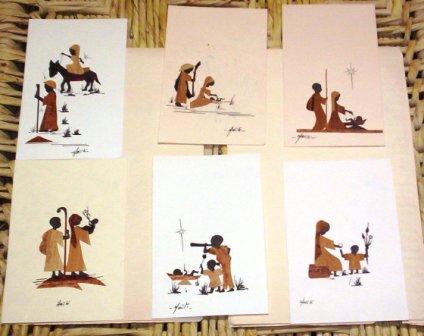 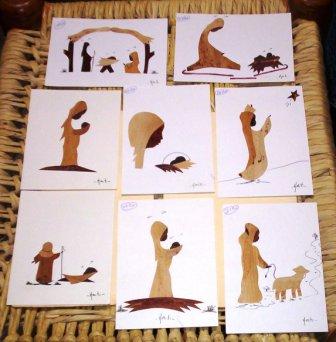 We hope that very soon their website will be running again and that they will therefore be able to accept regular orders directly. Meanwhile, orders can be placed by e-mailing me at [email protected] The cards are ninety cents each, and the price includes an envelope. 100% of the sale price goes to the artists.

They have lots of different designs, but it’s not right now possible to accept detailed orders. Please specify, however, whether you would like religious or secular themes – if you have a preference.