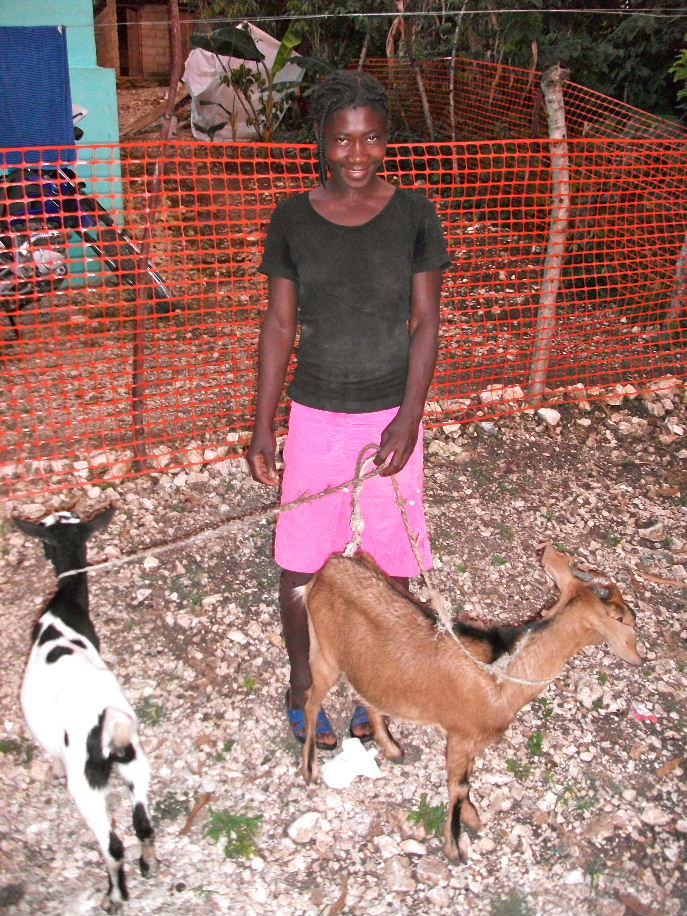 The strategy at the heart of our program is to enable extremely poor families to develop reliable incomes by training them to manage assets, and then giving them the assets they need to get started. In practice, this means we give them two or three female goats, a young female pig, a combination of barnyard fowl, or 1500 gourds’ worth of merchandise — between $35 and $40 — small commerce. Whatever they choose. Ideally, the eighteen months we spend with them should begin the moment they receive their assets, because before that moment, there’s little progress they can make.

But the reality is more difficult than the theory. For the group of 350 new members in Bay Tourib and the corner of Boukankare north of Mannwa, the reality means buying over 750 young, fertile female goats, just to take one example. Though I dream of ordering them for two-day home delivery on Amazon.com, that’s not how it works. It takes time and a lot of effort to get these assets into members’ hands, which means that the time they have to develop their assets is actually less than eighteen months. It is, perhaps, the single factor that most seriously threatens our continuing to achieve the 96% success rate we had before scale-up.

We can buy some of the assets locally. There are three markets where livestock is available within a two-hour hike of our base in Bay Tourib proper. The largest is Regalis, just over the border in Ench. The closest is in Koray, only a short walk down the main road from Bay Tourib. And the third is on the Boukankare side of the border in Nan Mango, which is especially close to the fifty or sixty southernmost families in this new group. Each market is a weekly event, and we can probably count on buying fifteen to twenty goats at each of them any time we go. 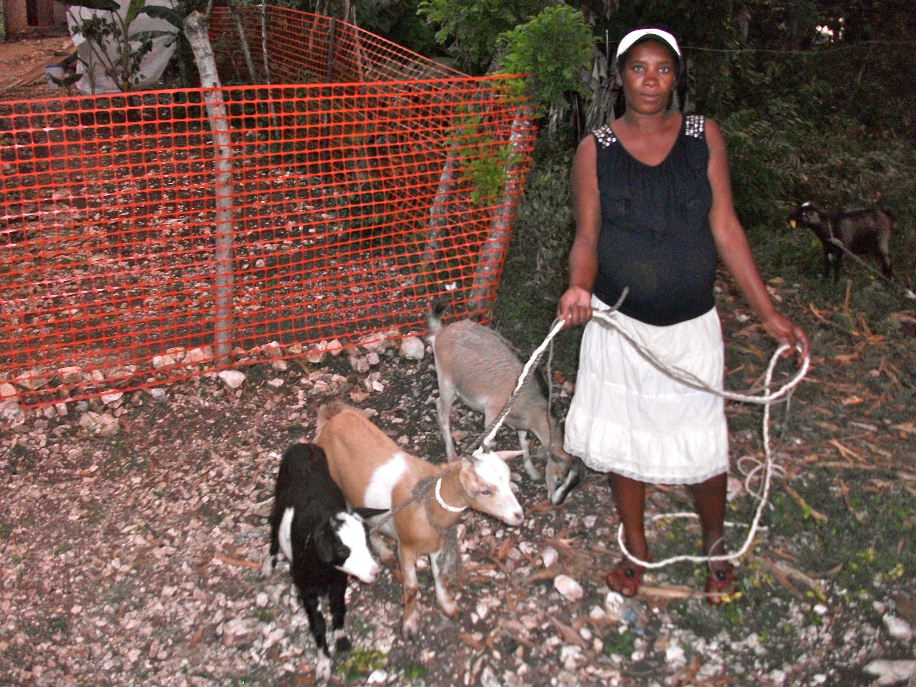 So we have to go to the larger markets, farther from the area we are serving. Our most successful buys have been in Opoto, a large rural market just north of Gonaïves, and Gwomòn, a major town on the road that leads from Gonaïves to Port de Paix, a city on the northern coast. We have been able to buy over 150 goats in a single trip by hitting those two markets on the same day. Big purchases like that can speed things up considerably. If we make those trips alongside, rather than instead of, the visits to local markets, and hit a couple of medium-sized regional markets as well, we should be able to get the goats we need within a few weeks, or a month at the most.

But it’s not quite that simple, either. The big purchases at larger, more distant markets present problems of their own. Getting the goats we buy to our members and ensuring that they are in good health when we do is hard. We have only two trucks, a pick-up and a small flatbed. The flatbed is two-wheel drive, so it can’t get anywhere near Bay Tourib. The pick-up can’t hold more that fifteen goats. So the important problem with these big buys is the challenge of coordinating delivery: getting the goats somewhere where our members can meet us and letting our members know that their goats are on the way. Our members don’t have phones, and there are few who have a cellphone signal where they live. 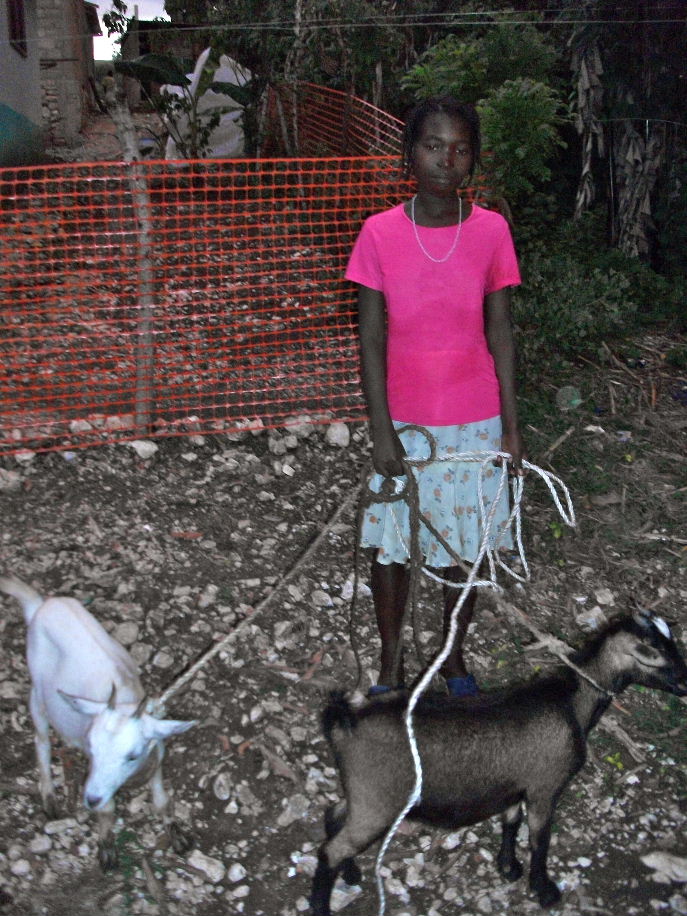 But that’s only a nuisance. What’s more important is that the roads we use to get where we need to go are in terrible shape, so whatever vehicle we use is certain to give the goats a less-than-comfortable ride. Some of the goats we buy at the more distant markets will die on route. That’s money wasted. The ones who do make it will be weaker, slower to mature sexually, and more prone to miscarriages than the locally purchased goats. And this directly impacts our members’ progress out of extreme poverty.

Monday we purchased the first goats for members in Bay Tourib. A professional buyer went to Regalis for us, and came back with seventeen very good-looking young females. Two or three were pregnant already. We distributed them late that evening to members who live especially close to the base. By the time I left bay Tourib Thursday morning, he had purchased fourteen more for distribution this weekend. We will be at two regional markets this week, and at the Gonaïves markets next week. So things are underway. 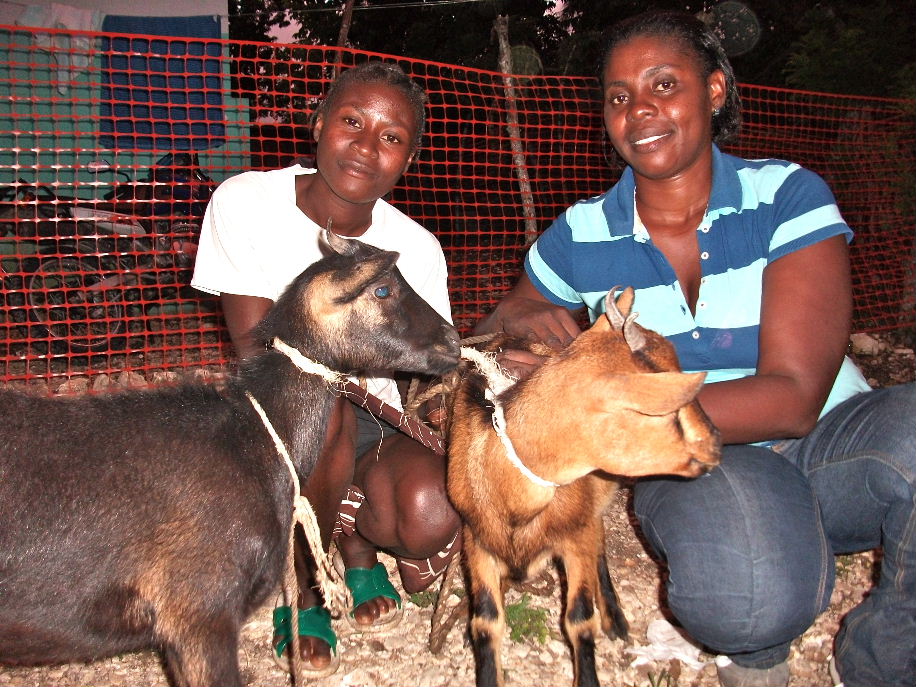