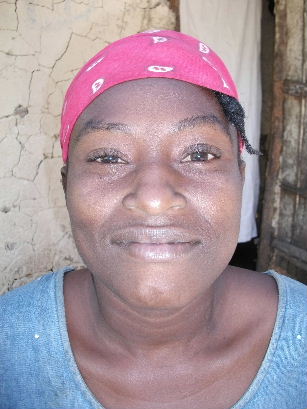 Poverty is not a uniform condition. That’s why Fonkoze has different approaches for families that face different degrees of poverty. CLM is for the poorest of the poor, the families that credit could not help. Put a loan in their hands, and the money will go to feed their kids. They won’t be able to repay.

But extreme poverty, the kind CLM is designed for, is varied as well. Families find themselves in extreme poverty for many different reasons. For some it is an inheritance. We have many CLM members whose daughters are also CLM members and whose mothers and grandmothers would probably have qualified for CLM before them. Others slip into the misery they face because of a crisis: a prolonged and expensive sickness, a funeral or two, or the destruction wrought by an act of nature — a fire, a hurricane, or the earthquake of 2010. Some members come from what are poor, though not extremely poor, families but seem to have developmental issues that prevent them from effectively managing the little they have. Or they simply have more children than they can support. Finally, there are some of whom we’d typically say, “It’s a long story.”

Clothilde did not grow up in extreme poverty. Nor did she grow up in Bay Tourib. She now lives there with three children in an area called Anba So, or “Below the Falls.” It’s a deep and narrow valley just off the road that leads from Bay Tourib to the town of Tomonn. The paths that lead down the side of the valley are so steep that pack animals can’t use them. Horses, mules, and donkeys have to take the long way around, entering the valley from one of its ends.

She could hardly live in greater isolation. The valley pinches shut within a few hundred yards of either side of her house. There are no other houses in her part of the valley. Her nearest neighbor — also a CLM member — is a half-hour’s hike downstream from where she lives, in a separate, larger opening between the valley’s two walls. One of her hopes for her time in CLM is to rent a piece of land up closer to the road. “I like it here.” she explains, “I’d like to keep farming this land. But I have no neighbors at all. If I have a problem, no one will hear me call for help.”

She grew up in Mibalè, the small but busy city at the southern end of the Central Plateau. It’s a city unusual in Haiti for its infrastructure. A nearby dam means that there is electricity almost all the time. There’s easy access to water through most of the town. There are lots of schools.

Clothilde herself is one of the best educated of our members. She made it through the ninth grade. Then she got together with a man, and they had two boys.

But somehow the man came into conflict with neighbors. He was accused as a “malfektè.” Literally, that just means “evil-doer,” but its usual meaning in Haiti is narrower. A malfektè is someone who uses Haiti’s folk poisons to do someone harm.

He and Clothilde had to flee Mibalè, and so they settled on his family’s land in Anba So. Then the man died, leaving her alone with their two boys on his parents’ land.

She got together with another man. She needed someone’s help just to keep her boys fed. The man already had two other wives. They now have to rent the land from her former in-laws. They pay almost $100 a year. But her new husband helps her farm it, and the soil is rich. Nine months ago, she had a little girl. (Her husband’s other wives are, by the way, also members of CLM. Polygamy is a reliable source of poverty.)

But it is just as Clothilde said: Where she lives, if she has a problem, there’s no one to help. Their girl developed a high fever. Clothilde couldn’t run to the hospital right away, because her husband wasn’t there and she has no neighbors who could look after her other kids. Before she could get her baby to the hospital, the infant was dead.

It’s possible to get Clothilde to smile right now, but it takes some work. It’s hard for her to think about anything but the baby she just lost. She keeps talking about what a very good little girl she was. She knows, however, that she must see to other things as well: manage her goats, prepare for her pig, and handle the farm as well. She has three other children who depend on her, so she has little time to look back.

In the photo, her home is hard to make out. It’s beneath the palm trees in the center of the picture.No one else lives in this small valley. 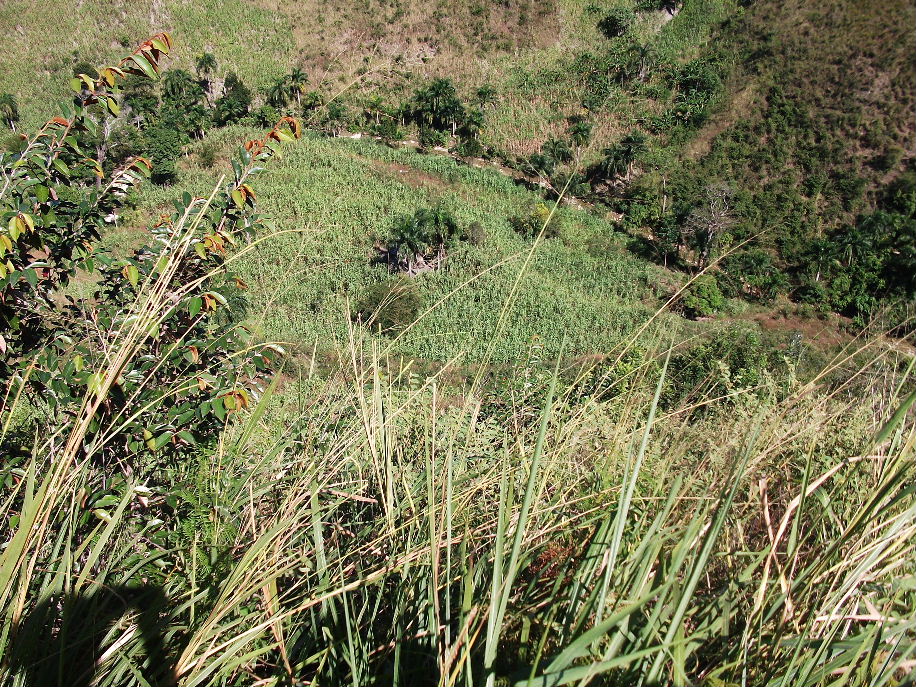