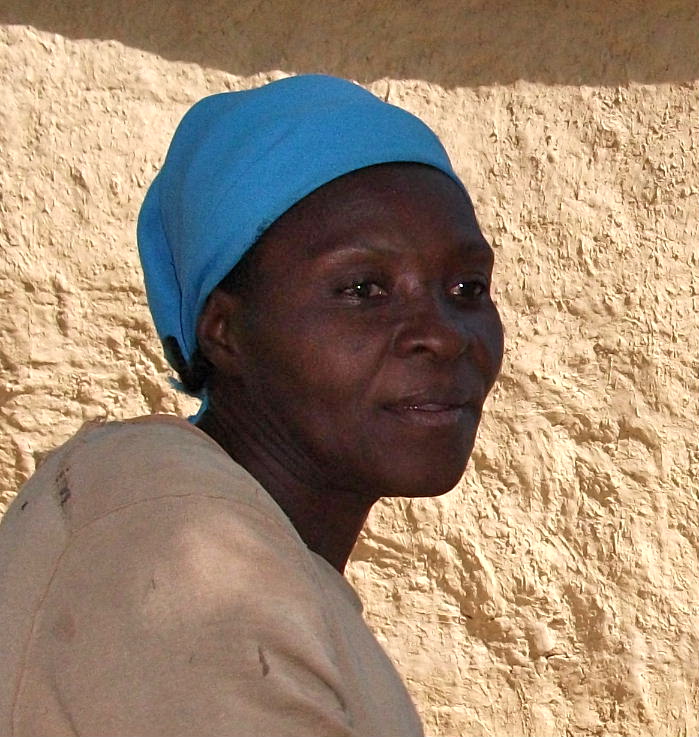 Jean Ken remembers the day his mother, Monique, was selected for CLM. He didn’t know what it was about, but saw that strangers had come and were talking with her. He was glad they were there because things were hard for his family and he hoped that the strangers might help.

It was midafternoon, and he had worked all morning, preparing their small garden plot so they could plant sweet potatoes. He’s young, and it was hard work. But he’s his mother’s oldest child. He has five younger brother and sisters, and their father is dead. His mother depends on him to help her support the younger kids. So he did the work.

But he was angry because Monique had nothing to feed him. A neighbor had given her a cup of corn to mill, but it wouldn’t be dry enough to grind until the next day. That day, she and her children would just have to do without.

Seventeen months later, a lot has changed for Monique and her children. They’ve exchanged their leaky, thatch-roofed shack for a small, well-built house with a new tin roof. They have a water filter that guarantees that their drinking water is safe, and an outhouse. All the children are in school, and they eat every day.

Monique and Jean Ken used to earn whatever the household had by selling a day’s worth of fieldwork at a time. They wouldn’t earn as much as grown men do, but together they might make almost two dollars when they could find the work. Monique could use that money to buy food for the seven of them. Occasionally, a neighbor would help her out with a small gift.

Today, neither works as a day laborer. Instead, they farm a plot as sharecroppers. Monique and her children planted two large coffee cans full of sorghum, and they harvested enough to give the landowner his share and take away fifteen coffee cans for themselves. “I don’t let the children fool around too much. I want them to know how to work.” She’s been using most of the harvest to feed her kids.

She’s also been managing her goats and pigs. She started with two goats, and one had a kid. Her pig had seven piglets. Two of them died and a third was paid to the owner of the boar that mounted her sow. She sold one of the goats, three of her four remaining young pigs, and her sow, and used the money to buy a small cow. “A cow’s important,” she explains, “because it’s big, and I can sell it if I have a big problem.” 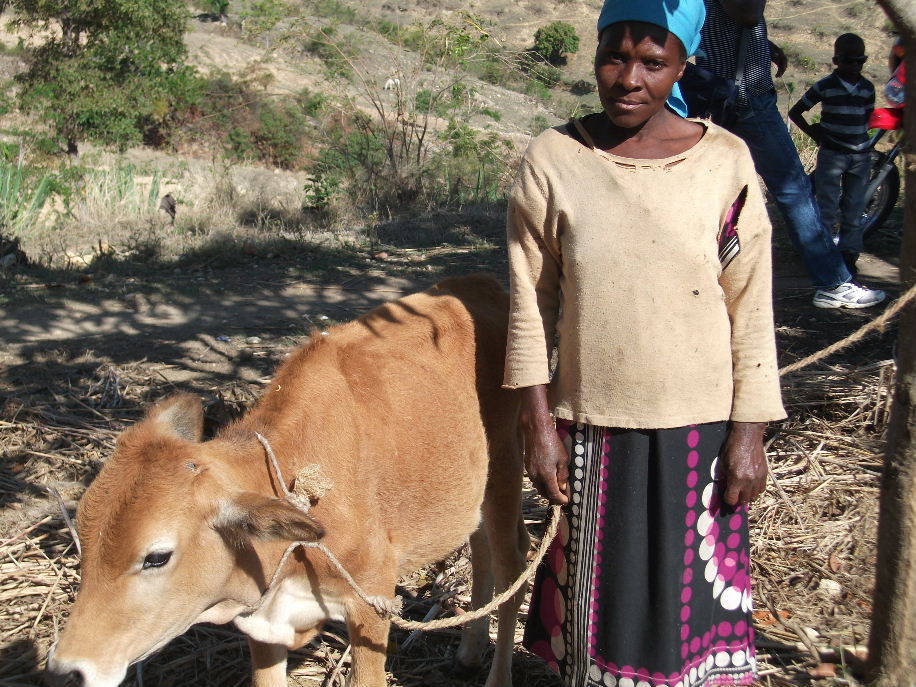 When you ask her how her life has changed, she gives you all these details. But Jean Ken puts things simply: “We didn’t have animals, and we were really hungry.”

Monique still faces challenges, and with only one month remaining before graduation, she will probably have to face them without her case manager’s help. With all her livestock, she has an improving asset base. But she doesn’t yet have a regular income. The harvest that she largely depends upon to feed her kids is very much seasonal.

She could have chosen to start a small commerce by selling some of the sorghum. And she did sell five coffee cans of it. But she decided to use the proceeds of that sale to buy chickens. She had purchased five with money saved up from her six months of CLM food stipends, but those five were stolen. She wanted to replace the loss. “Chickens are important,” she says, “because if I need a little bit of money, I can sell one.”

The conflict between developing a member’s asset base and developing her income is one we struggle with. Case managers can feel pressure to work on the asset base. They like being able to report that their members have cows especially, because it’s such a tangible sign of success. Members too have that orientation. Cows are status symbols in rural Haiti. Really poor Haitians don’t own them. Their neighbors look at our members differently once they own cows, and members see themselves differently as well.

And commerce can be difficult. It’s hard for members to even start developing one until they’ve finished with home repairs. Unless they have a house with a door they can lock, neither money nor merchandise is safe. Women from especially rural areas have a further problem: They need to be able to make sometimes-long hikes, often carrying their merchandise on their head. It takes both strong motivation and real physical strength. There are usually other challenges as well.

But there’s no better way to ensure a regular income. Monique wants to start a small commerce, and she lives relatively close to the market in Ti Sèkèy, but she says that she doesn’t have the money right now. All her funds are in her livestock, and she doesn’t think she has any excess livestock she can sell. She kept one of her female piglets, but it will be some time before it produces young. She has the two goats, but would rather hold onto them right now.

In the weeks that come, Monique will meet a Fonkoze Tikredi agent. Tikredi is the six-month credit program that Fonkoze has for especially poor women. It gives them extra accompaniment, and is designed to prepare them to join its standard solidarity-group credit program further down the line. Monique could choose not to join the credit program, but it might provide her with a good solution. If it can help her establish a business, and teach her to protect the business from the temptation to eat it all up before it can take root, then it might give her the push she needs to take the next step forward. 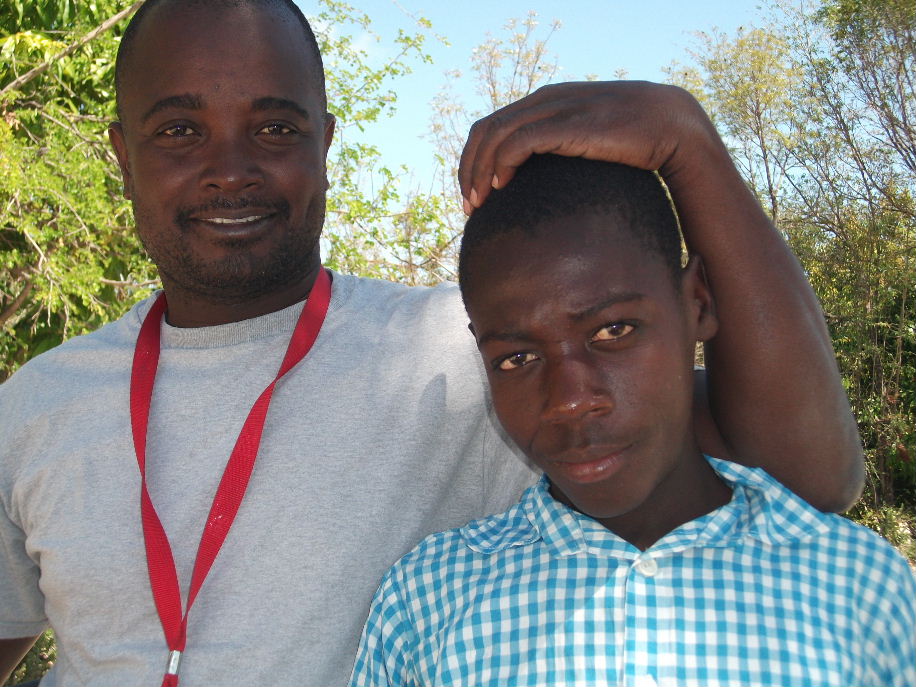 Monique’s boy, Jean Ken, with Wilson Ozil, the CLM regional director who works in her area.

Other writings about Monique: