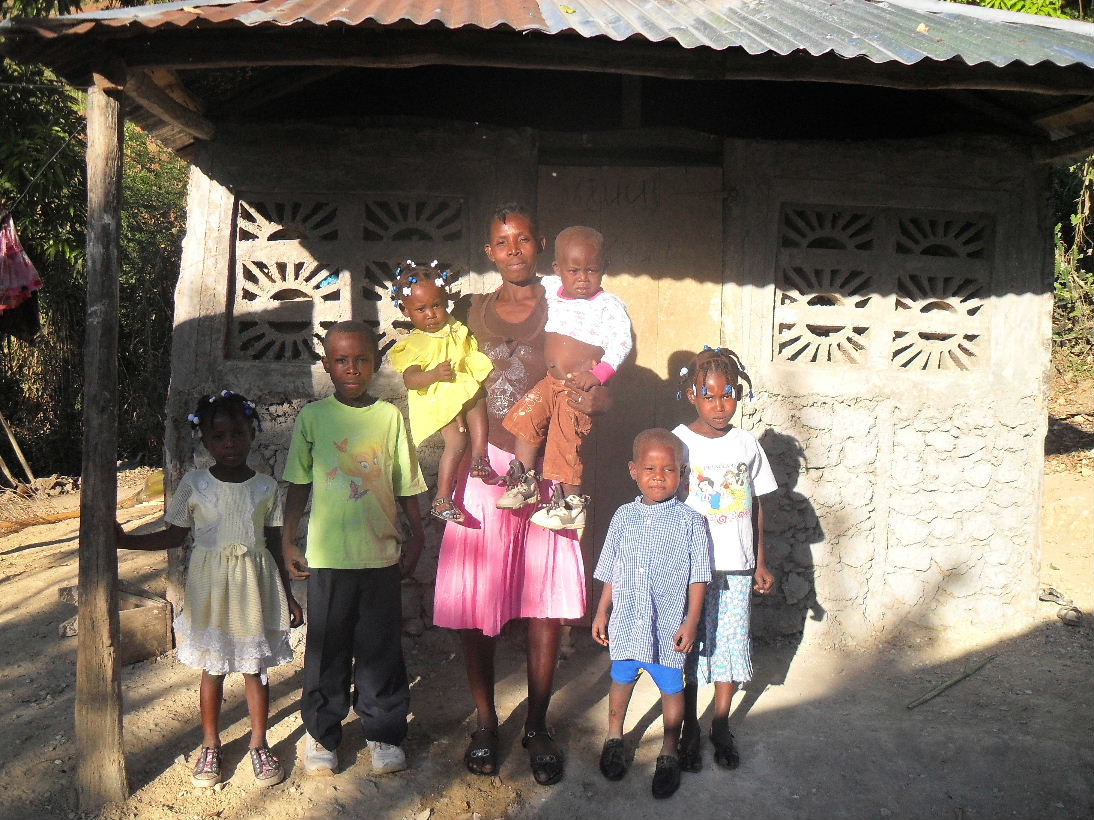 When Primène first joined CLM, she was struggled badly just to feed her children. “I had no resources, just a little goat that someone gave me to look after for them,” she explains. “My husband has two women, so he’d disappear for days at a time. I couldn’t count on him. There were days when my children were hungry because I had nothing to give them.” She has six children, the youngest being twins who were infants when she joined the program. With them on hand, it was hard for her to find the time to work to feed the others.

Primène was lucky. Thanks to a special gift from Bothar, twenty CLM members in Boukankare received a cow as one of their productive assets, and she was one of them. But a cow takes time to begin generating income, whether through the young or the milk they produce. The cow alone would not have helped her solve her immediate needs.

So together with her case manager, she thought about what she could do with the other resources that CLM could provide. She gave her older boy responsibility for the two goats she received as a secondary asset, and she now has five. In addition, a neighbor who was impressed by the care he took of her goats gave him another to take care of, so the family now has six. But even that wasn’t going to help her with the family’s basic needs. She needed a way to ensure a regular income stream.

But she saw an opportunity: Primène lives next door to a gagè. That’s a cock-fighting ring. Cockfighting is a popular activity in rural Haiti. The men who attend cockfights like to smoke and drink while they watch and bet. Primène began to sell rum and cigarettes at the cockfights, and her business took off. She hasn’t grown the business very much, but it has remained steady at about 700 gourds, or just under nine dollars. It generates enough income that she’s able to keep her family fed.

In the meantime, she’s been building up additional small assets. She doesn’t want all of her money in one place. She has two female pigs — a mother and her daughter — and assorted barnyard fowl. With savings from her business and the stipends that the program provided, she was able to buy a horse as well. As her twins grow older, she’ll be increasingly able to use the horse to develop larger and more profitable commerce at the rural markets around Boukankola, where they live.

“My life is different now. It used to be that if my children needed something simple, like a pair of sandals, I’d have to wait for my husband to give me the money to buy it for them. Now I can do it myself.” And it’s not just her economic situation that has changed. Her attitude has changed as well. Graduation is still six months away for Primène, but she has no doubts about herself. “Even if CLM were to leave me now, no one would have to worry. I feed my children twice a day without any problem.”

Primène still has work to do. She doesn’t yet own farmland, which is one of her ambitions, and her children still only eat twice each day. But she has a pregnant cow, almost ready to give birth, a very small but thriving business, a variety of productive assets, and a determination to succeed. She’s well on her way.

Research and photos for this piece by Ellien Delice.