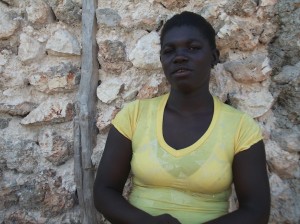 Dieumette entered CLM as what we call a “ka espesyal,” or a “special case.” That means that she did not show up on the lists that we develop with community input at the beginning of the selection process. Our first step is designed to give us a list that includes all households in a neighborhood, organized into about five different categories based on their neighbors’ sense of their relative wealth. We then interview all the households that fall in the two poorest categories as we search for families who might qualify for our program.

But we know that some of the neediest households will fail to turn up on those lists. For various reasons, members of the community do not think of them. Some of these families are simply invisible. They live in such isolation even from their closest neighbors that people can forget that they exist. But many are young single women, who live with one or more children in a house or yard that their neighbors identify as part of a larger family. Such a woman might just use a corner of someone else’s house as a place to sleep with her children, or she might live so close to parents that neighbors fail to see her independent need. Our case managers have to be on the lookout for such special cases as we work through the selection process. They include some of the families who need us most.

Dieumette lives in a small, one room house in Platon Sous, a small neighborhood about twenty minutes off the main highway that leads from Mirebalais to Port au Prince. It’s high above Mirebalais, with views that extend widely, to Montay Terib in to the west and to the mountains that cut through Boucan Carré to the north. She has two girls, with two separate fathers. Abandoned by both men, she is raising her daughters on her own. But her little house is close to those belonging to her mother and her aunts, so her neighbors did not count her when they were listing the households in the area.

But she needed help. She was struggling to feed herself and her girls with a small business, buying and selling pigeon peas, using capital that she borrowed from two different people.

She started that business by borrowing 250 gourds from one friend and 500 gourds from another, a total of about $17. She would take that money to the small markets nearby in Gran Boulay or Dalon, where she’d buy a sack of pigeon peas. She’d then take it to Port au Prince, where she would sell it in smaller measures. Her profits were steady, even after her transportation costs were calculated.

Then one day, she bought herself a “bwat sekrè,” or a “secret box.” That’s something like a piggy bank: a box with a small hole that allows someone to insert money, but not to take it out. Dieumette explains: “Every time I came home from the market, I would put a little something in my secret box. I needed money to feed my girls, but I knew that if we ate everything, we’d never get ahead.”

As spring turned to summer, the price of pigeon peas got so high that she couldn’t afford to buy a sack full any more, not with the very little money she had borrowed. And then her friends said they needed their money back.

So she cracked open her secret box and found that she had saved up 450 gourds, a little more than $10. It wouldn’t be enough to buy beans, so Dieumette thought about what else she could buy. “I bought a case of soap and four buckets of salt, and I started selling them in the market.” She kept turning them over and adding little bits of profit to a new secret box. And before too long she had 900 gourds, which was enough to buy a very small piglet, one barely weaned. But she is taking good care of it. It’s already worth twice what she bought it for, and it’s still growing fast.

Her business took a hit this month, as she has had to draw on it to send her little girls to school, but she already bought a second piglet with money from the savings club she’s in with her fellow CLM members, so she’s making good progress. And Dieumette already has a clear plan, too. When her pigs are big enough, she’ll sell them off to buy a cow. “I really want a cow, because once it starts giving you calves it can really help you.”

So, though she was regularly hungry when she started the program, she was all set to begin succeeding almost as soon as she joined. She had the financial discipline that she developed by using her secret boxes and the good sense to shift her investment when faced with a situation that called for a new plan. One of the ways we articulate the criteria for joining CLM is that we should not take families who could succeed with credit. Looking back, it looks as though Dieumette might have been able to.

But I don’t regret her selection, because I think that to assume that she could have succeeded with credit would have been a poor bet. She started with neither a husband to back her up nor assets like livestock that would have been sufficient to insure her against bumps in the road. And she wasn’t able at the time to feed her girls well. For someone like her, failure at a credit program was too easy to imagine. 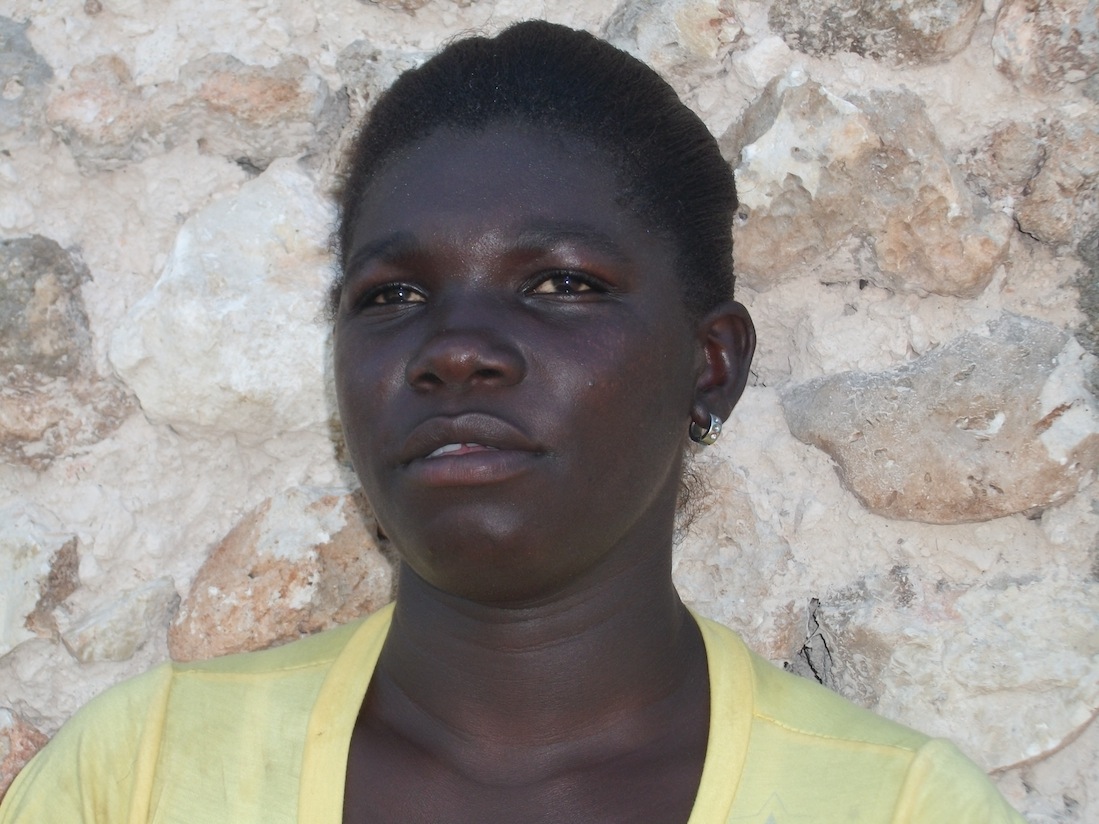