Laskandrik is a rural area on the edge of Tomond, a small city in the Central Plateau, partway between Mibalè and Ench. Tomond is home to one of the smaller Fonkoze branches, but one that’s growing quickly.

It was opened in partnership with Partners in Health, the large NGO founded by Dr. Paul Farmer. Partners in Health knows that real health services for the poor must include more than traditional medical care. Addressing health issues means addressing their causes, and those causes start with poverty. The micro credit that Fonkoze can offer thus has become a central piece of in a comprehensive approach to health. 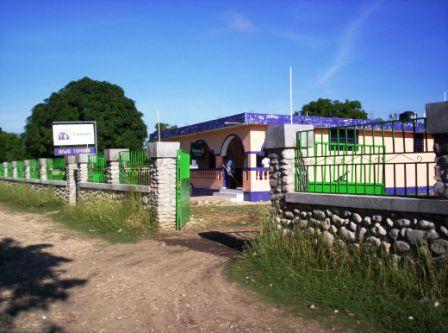 As rural as the branch might already seem, it’s not the real center of Fonkoze’s activity in Tomond. Like all of Fonkoze’s branches, the activity in Tomond is scattered across credit centers that can be as much as two hours by motorcycle from the branch. These centers are grouping of 25-40 members, organized into five-person solidarity groups. Credit agents bring financial services to clients so that clients lose neither time nor money traveling to the branch.

Educational services, like financial services, are offered at credit centers, like the one in Laskandrik. It’s housed in a church: 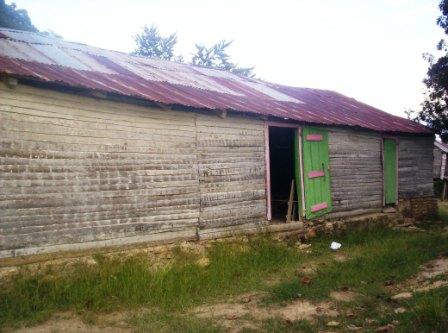 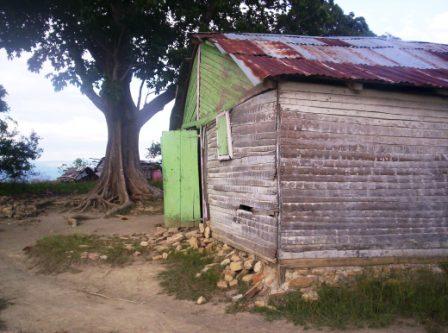 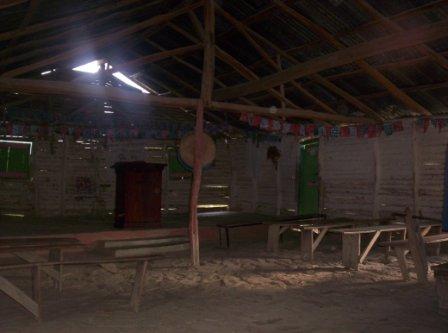 The Credit Center in Laskandrik has 25 members. Only a few can read. Fonkoze’s initial literacy test showed that 17 needed a Basic Literacy class for beginners. They were divided into two groups to assure that class size would not be too large. Here are the two groups: 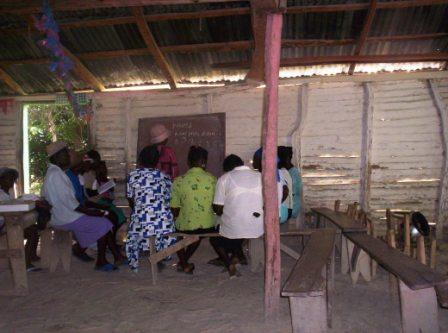 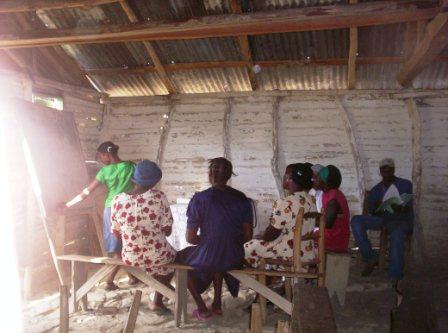 The guy sitting slightly behind the group is Aunondieu. He’s the education coordinator for the Tomond branch. He had been the branch’s courier. But before working for Fonkoze, Aunondieu had spent several years as an adult literacy teacher, so he was excited when we announced we’d need an education coordinator in Tomond. Here he is in the office: 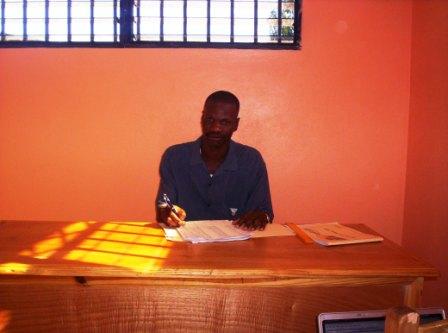 His first job was to find teachers for the classes. Fonkoze is looking not just to teach reading and writing, but also to develop leadership and solidarity among its members. So instead of hiring professional educators from the outside, it identifies members who can read and write and prepares them to teach. Aunondieu engaged two of the literate members of the center in Laskandrik, Esther and Marie Ange, to be teachers, and set them to work. 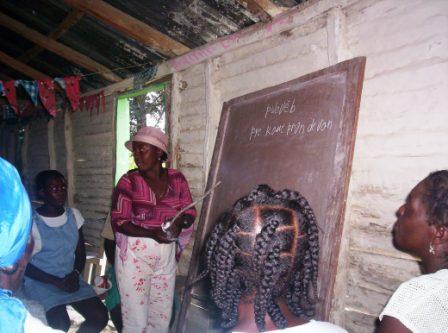 And here’s Esther. She’s the one in green: 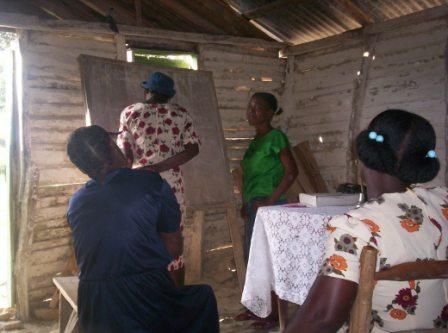 The groups have been meeting for only three weeks, but both teachers understand how important it is for their learners to be active throughout class. Their approach so far has been to spend most of the class drawing participants up to the blackboard to read or write. 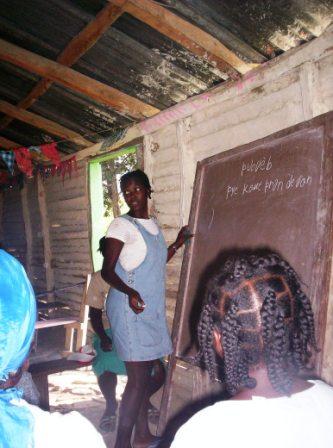 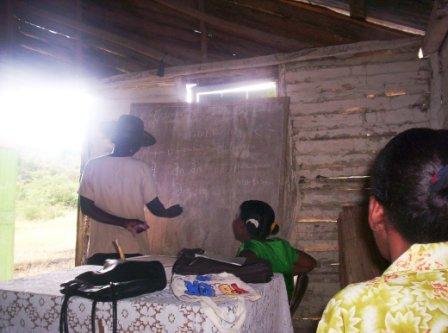 And here are a couple of shots from Esther’s group: 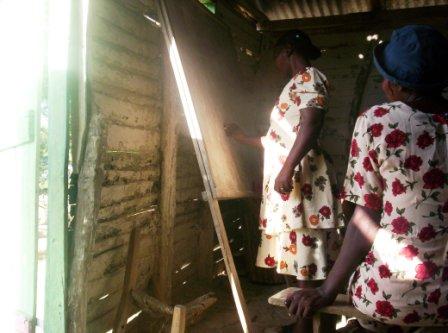 I shot the following short film sitting on the back of Aunondieu’s motorcycle on the way back from Laskandrik. It was a 45-minute ride, much of it like the part I filmed and some of it worse. The film might help someone understand the challenges that Fonkoze overcomes every day in serving its members.