Last fall, the neighborhood guys in Kaglo talked a local farmer into renting them one of his fields for the next three years to use for soccer. They raised the money themselves, scraping it together by combining their own funds with some outside financing. Since then, they’ve been organizing regular soccer tournaments. A recent Sunday saw the finals of a tournament for young men, a division just below the open one, that’s restricted to younger guys about 5’ 7” or less.

The home team, which featured guys from Kaglo and Mabanbou, faced a team from Metivier, an area about 40 minutes away by foot. The Metivier team was led by my friend Elie, who is from Metdivier but has lived in his aunt’s house in Kaglo since his mother died.

The field has one disadvantage: There’s a larger tree in the middle of it that the farmer, rightly, refused to let them cut down. They simple have to play around it. 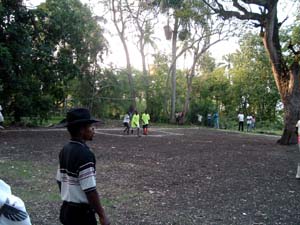 The match was refereed by Watson, a twenty-something from down the hill in Mariaman. 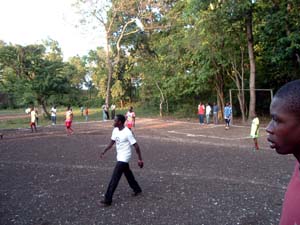 It was exciting. The field is small, and the players cover it easily, so nothing can develop slowly. The goals are small too, so you can’t really score unless you take the goalie by surprise. Goals have to come very suddenly. 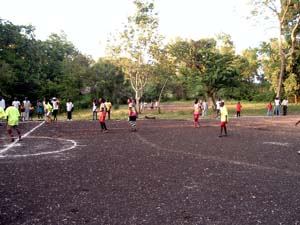 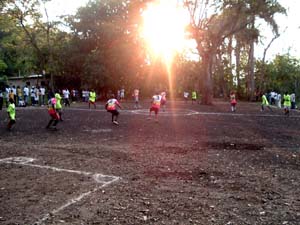 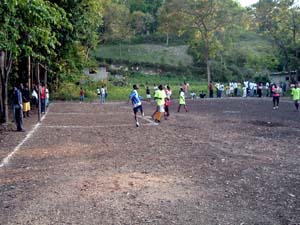 Here’s the team from Metivier. Elie is standing up, the second from the right. 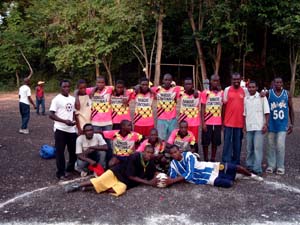 The real match, though, is played off to the side. The six-eight year olds. They have no uniforms, no referees, no fans. They don’t argue or show off. They just have a great time.