When Vilanie joined the CLM program in 2012, her life was difficult. Seven of her ten children were still living at home, in a house that didn’t belong to her. She and her family were crowded in a small, broken-down house on the main road running through Chapèl, just below the Roman Catholic church in Bay Tourib. She struggled to keep her children fed and in school.

But she joined the program, and she got to work. She chose goats and small commerce as her two assets, and though the goats didn’t develop especially well, her small commerce flourished. She bought merchandise — either produce or charcoal — in Bay Tourib and sold it in local markets. She quickly added a second business. She was a good cook. People liked to eat her food. So she established a business preparing food at the market in Koray. She go early on Saturday morning with the ingredients she needed, and she always managed to sell out whatever she prepared.

Her most limiting factor initially was the size of the load and the distance she could carry it. She had no pack animal, so she had to carry everything on her head. So a soon as she was able, she used savings from her weekly stipend and earnings from her commerce to buy a horse. And that’s when her business took off. By the time she had spent twelve months in the program, she easily met all the graduation criteria. She and her husband had purchased a small plot of farmland, and she had 3000 gourds of savings in her bank account.

She built her CLM-house, but when the same landlord that had been pressuring her to leave the house she was squatting in saw her begin to progress, he offered her the chance to buy the house on reasonable terms, and she jumped at the chance. Its location made it a great spot to extend her business. She started serving her meals every day, not just market day, and her profits increased. She is careful to cultivate her customers, and the care pays off. “If you have a regular customer, and their short of cash one day, you sell them on credit. They almost always pay you back, and it keeps them buying from you. Sometimes if they’re hungry and can’t pay, I just give them a little something for nothing. It means they’ll keep thinking of me when things are better for them.”

With a horse to carry loads for her, and her sales growing, she combined her two businesses. She would bring loads of produce to market in Thomonde, where she would buy the ingredients for the meals she’d prepare. Her produce brought a higher price in Thomonde, and the ingredients her food stall required would be cheaper.

Her husband worked the farmland for them. She would use money from her business to buy seed, and supplement that with five coffee cans full that they could borrow each year without interest from the local peasant association. Before long, they had rented an apartment in Ench for two of her boys. She wanted them to go to better schools than they could attend in Bay Tourib. It was expensive, but to her the investment was worth the effort.

She was part of an evaluation we did of CLM members one year after graduation, and Vilaniee’s data shows that she continued to prosper. Her business grew, her fields yielded strong harvests, and her horse had a healthy colt.

In the three years that have passed since that post-graduation evaluation, Vilanie’s life has seen some ups and downs. Like many farmers in the Central Plateau, the last two years have produced weak harvests. She and her husband suffered a total loss of their entire millet crop two years in a row. That’s put a lot of pressure on her business because it has forced the family to live of what she can buy, rather than what they can grow. And it is doubly hard because she has to buy food both for her own household and for the boys in Ench. Last year, she made the difficult decision to sell off the colt to pay the boys’ tuition. It was a sacrifice, but she had a bit of luck that made up for it. Her mare’s second pregnancy resulted in a mule. The mule will eventually carry much more of a load than a horse and will be a more valuable asset if she ever chooses to sell it.

So the future for Vilanie and her family is looking bright. Her business is thriving, and she and her husband have planted ten cans of beans, enough for a major harvest if the weather is moderately favorable. She’s grateful for the tools that CLM put in her hands, but she knows very well that she is the one who changed her life. “I was careful with everything they gave me. I didn’t waste it. And now I have something to show for it.” 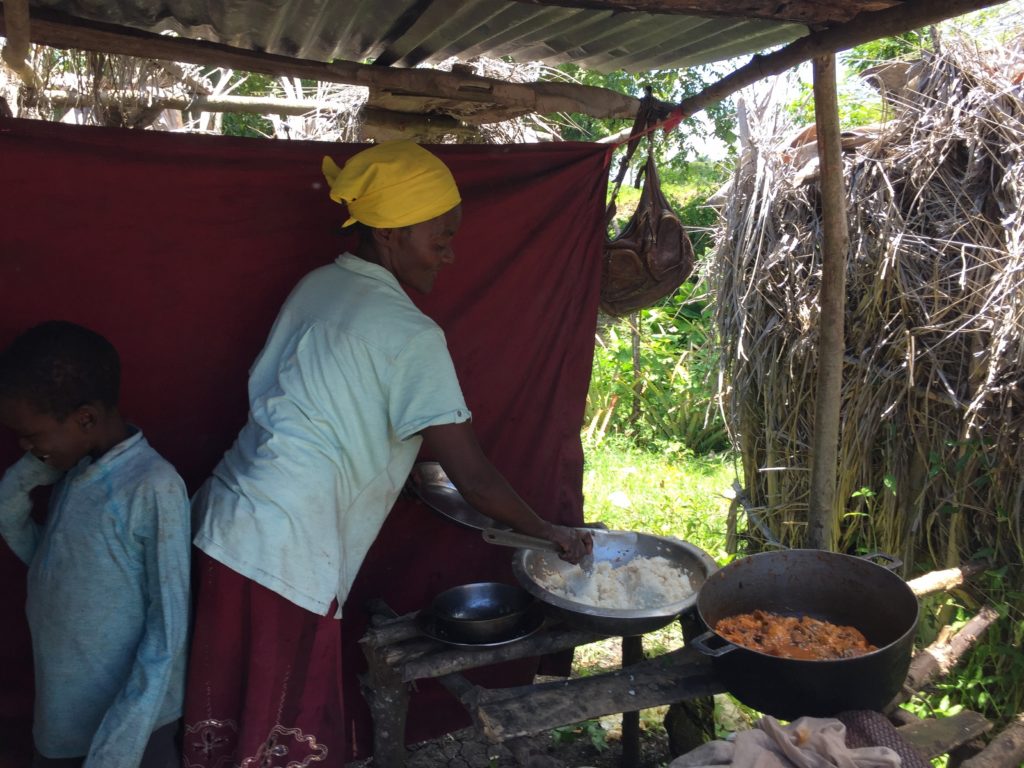