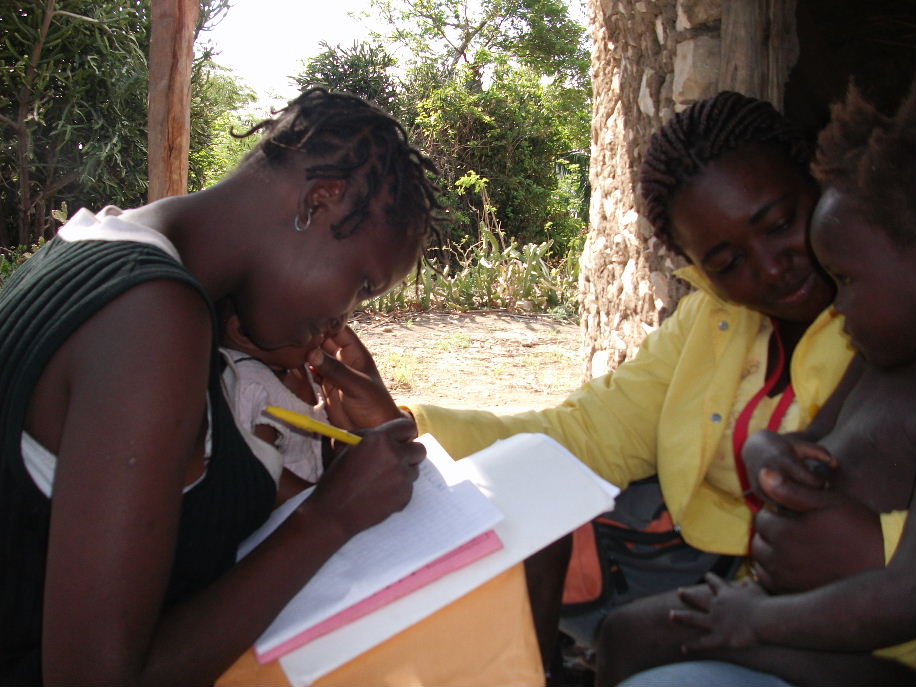 Beverly lives in lower Viyèt. She’s been a CLM member since December, and she’s made some progress.

Her case manager, Sandra, visits her every Wednesday, and they spend a half-hour or so together. They talk about Beverly’s family, her kids and their living situation. They talk about her assets and how she’s managing them. They discuss one of CLM’s series of ten health-awareness issues. And they work on Beverly’s reading and writing. Beverly had never been to school when she joined the program, but she can already sign her name. She’s started learning to write her daughters’ names, too.

When we first met Beverly, she and her children were living with a man in a straw-and-reeds shack near her mother’s house. (See: Barbara And Beverly.) They were really struggling just to eat. The man, whom we described as her husband, had been sick that year, so he hadn’t planted any crops to harvest. All they could really do was look for farm work, which pays only about sixty cents to $1.25 per day. They were missing meals for days at a time.

She moved out of her house when her mother left the neighborhood to live in a more populous area. Her mother had built a small, tin-roofed house when she was in CLM, and Beverly used the money that the CLM program would normally spend on housing repair to buy it. So she and her girls now face the upcoming rainy season with a home that will keep them dry.

Along the way, she sent the man she had been living with away. Beverly didn’t want to live with a man who wouldn’t help her with her girls. “He used to farm, but when they gave me the goats and started giving me food money, he stopped working,” Beverly explained. What’s worse, he wanted her to have more kids. “He started living with me when I was pregnant with my little girl. She’s just a baby, but he was already pressuring me to have another child with him. I have two girls already, and I’d rather take care of them.”

A young uncle was already living in her mother’s house before Beverly moved into it. He’s her mother’s little brother. Beverly asked him to stay when she bought the house, and he helps her care for her goats. He also contributes food to the household, which is important because Beverly doesn’t have a real income yet. She was supposed to start a small business, but as she and her case manager thought about the kind of business she’d like to do, they realized that she wouldn’t be able to get started until her baby is a little older. So they took the money that they would have spent on the merchandise and bought a small female pig. It has the potential to earn income for her eventually, but it will take time. 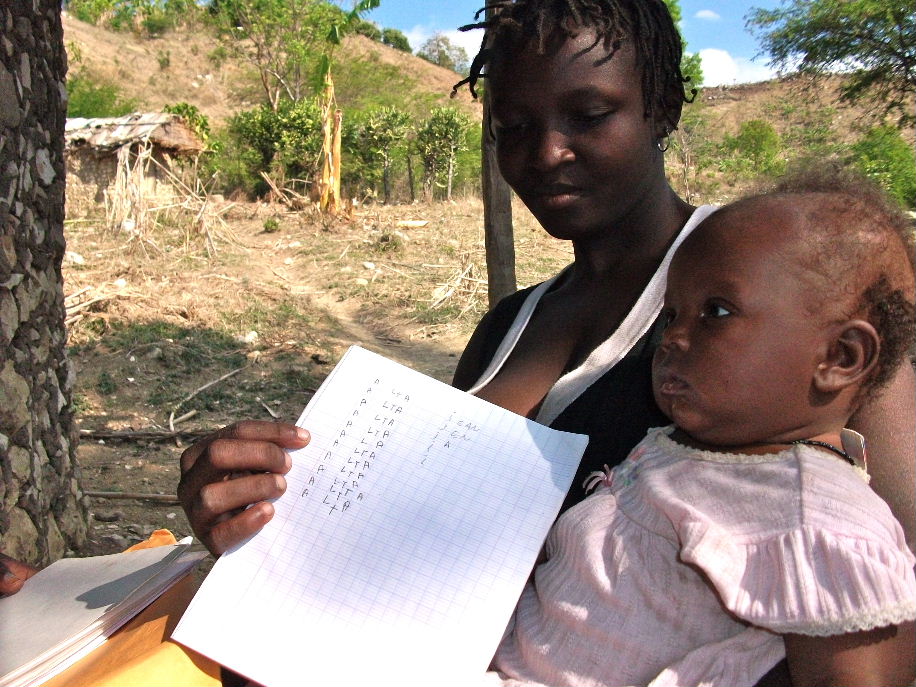