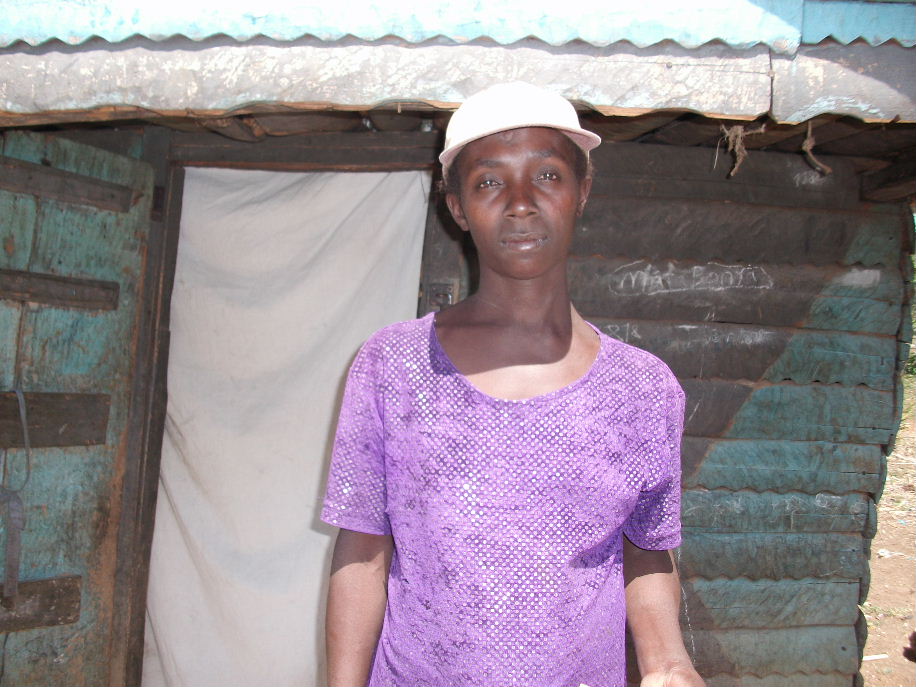 Ilrick Louis-Fils lives in Bento, the eastern corner of a narrow plateau that stretches along the border between Tomonn and Boukankare, from where Mòn Dega rises above the Boukankare River in Domon, across Nan Mango and Balandri, until it descends again towards the Tomonn River below Opyèg. She and her two children have been CLM members for over a year, since they were selected as part of the major scale-up at the end of 2010.

Most new CLM members live in isolation before the program finds them. If there are other development initiatives in the area they live in, those initiatives pass them by. One characteristic of the extremely poor is an inability to nose their way into the front of a line. Their neighbors are much more likely than they are to receive any advantages that local institutions can offer. CLM members are generally forgotten. We often find that their neighbors fail even to mention their existence.

But Ilrick is an exception. Even before CLM started working with her, she was receiving accompaniment from a field agent who works for Zanmi Lasante — or Partners in Health — the Haitian NGO that serves as the representative of the Ministry of Health in Central Haiti. It’s the organization made famous by Dr. Paul Farmer.

Zanmi Lasante (ZL) and Fonkoze have been close collaborators for years. Two of the ZL hospitals have Fonkoze branches right on their grounds. Farmer once explained the partnership clearly. He was tired, he said, of watching people recover from illness only to have them suffer from poverty that medicines alone cannot cure. Good public health requires more than just medical treatment. It takes economic development, too, and that’s something he knew that Fonkoze could provide.

Since CLM was launched for the extremely poor, that partnership has only deepened. ZL now provides free care for all CLM member families and — maybe more importantly — works closely with CLM staff to help members overcome their social and psychological barriers to access to care. Individual, life-saving examples of this special teamwork are too numerous to list.

ZL was serving Ilrick almost a year before CLM found her. She has AIDS, and needs medication daily. ZL long discovered that they could not count on poor, rural victims of AIDS and tuberculosis to use their medications correctly, so rather than simply giving them medications in large quantities, they have field workers who visit them frequently to provide their dose and ensure that they take it. Ilrick has an ZL agent who visits her almost every day.

But that accompaniment was not the end of Ilrick’s problems. “I used to have to beg for something to feed my children every day,” she explains. “I had nothing. We didn’t even have a dry place to sleep at night.”

That’s where CLM could help. Ilrick chose goat-rearing and small commerce as her two enterprises, and she’s had trouble with both, but has been able to overcome that trouble and is moving forward.

The program gave her three goats, and now she has four. She would have more, but two of them miscarried their first pregnancies. They are now in good health, and both are pregnant again.

Her commerce is a more difficult but also a happier story. Shortly after she was selected for the program, she became sick enough that she could not sell. When her health improved, she got started, but she didn’t think she could manage the whole investment we were offering her. We normally help members who choose commerce start with 1500 gourds (about $37.50) of merchandise. Ilrick asked her case manager to deposit 500 gourds in her savings account and let her start with only 1000 gourds.

She worked as hard as her strength would allow her, and began to make profit. She would sell cookies, crackers, and rum from a small basket in front of her house. She is right on the main path that leads to the large market in Nan Mango, so plenty of people come by regularly. She economized as much as possible so that she could put some of her profit aside.

The big change came when her accumulated profits, together with the 500 gourds she had already set aside, enabled her to buy a small horse. From that point, she could make a weekly trip down to Domon, where she can buy run cheaply by the gallon. She can now make more than six hundred gourds each week from the sales.

CLM helped her put a good tin roof on her wooden house, so now she is ready for the rainy season, too.

A lot has changed for Ilrick. “Before, when I had nothing, I couldn’t even get people to lend me something to help me get by,” she says. “Now they see my goats and my horse, and they’re happy to make a small loan if I’m short on cash. They know I’ll have the money to pay it back.”

She has come a long way, and now she’s looking towards her next step. She’s like to buy a cow. In addition to the milk and the calves it can provide, it will serve as an insurance policy. It will give her a large asset that she can sell if she has a dire need.

After that, there’s no telling how far she and her children will be able to go. Thanks to Zanmi Lasante and CLM, her future can be bright.