Zaboka is the eastern edge of Tit Montayn, the most remote section of Boukankare county. Four case managers work there. It’s four hours from where they can drive to on their motorcycles, through a narrow pass that’s split by a waterfall. Five more case managers work in the western part of Tit Montayn, but they stay for three weeks at a time at a residence we established in the area. The four guys who work in Zaboka have to hike up each Sunday and head back down each Wednesday because they work Thursdays in another part of the county. It’s hard.

One Sunday early last March, Martinière arrived in Zaboka to find one of his CLM members in a panic. Her name is Dorsilia, and she had been waiting for him since early in the day. One of her fellow CLM members was dying, and nobody wanted to do anything about it. Could he help?

He ran off with her, and she led him to Ytelène. Ytelène had a very high fever and was terribly weak. So were her two younger siblings, her brother Dieulonèt, who lives with her, and their sister, Dieudamène, who lives with their parents, next door. The case managers hadn’t been in Zaboka the previous week. They had all been in another part of Boukankare, at a training session for members there. Apparently, Ytelène and the others had been deteriorating for days.

Martinière asked her family why they hadn’t led them to the hospital, and they let him know that she didn’t have the kind of sickness a hospital could treat. They had spoken to local healers, who told them she was going to die. They couldn’t see the point in carrying her all the way down the mountain just to have to carry her back up for burial. Martinière made a lot of noise, but he couldn’t convince the family to take responsibility to get the three of them the care he felt they needed. They were, they said, “used to death.”

They are an unusual family. The three of them were raised as siblings. I’ve referred to them as brother and sisters. There are two younger children as well. But their birth mothers and fathers are not the same. They all lost their mothers in infancy, and were brought to Clemancia. She has never given birth to a child, but is adoptive mother to all five. She says that she chews on cottonseeds, and that it makes her lactate. She can thus nurse babies who are not her own. 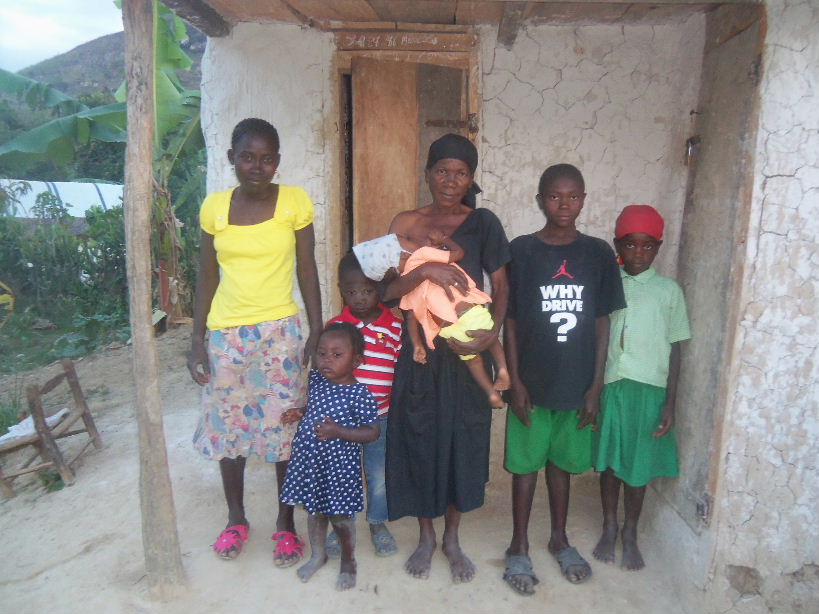 When Martinière couldn’t get Ytelène’s family to take things seriously, he thought of the CLM team instead. He ran up a ridge to get a telephone signal, and called the CLM driver, Wilfaut, who was at home in Léogâne, about four hours away, spending a rare free Sunday with his family. Wilfaut got in his truck and started driving. He would meet them at the end of the road that cuts through Boukankare, and this would cut a final hour out of their hike to the hospital.

Martinière then went back down the hill into Zaboka, grabbed a stretcher from a local Partners in Health extension worker’s house, unfolded it in front of Ytelène’s home, and recruited a CLM member’s husband to help him carry Ytelène down to the hospital in central Boukankare. By then, Clemancia’s husband, Sourit, had agreed to carry the young boy, Dieulonet, down the hill on his back. He would walk down with a neighbor, another CLM member’s husband, and they’d take turns carrying the boy. Sourit, who is Ytelène’s natural father, would not carry her. As they were leaving Zaboka, word finally got to Dieudamène’s father that she was sick. He lives in another part of the county, but he came running to carry his own little girl to another hospital closer to where he lives.

Ytelène and Dieulonet were in terrible shape when they got to the Partners in Health hospital in the center of Boukankare. They found a bed for Dieulonet in the maternity ward. Eventually they found one for Ytelène someplace else. Having gotten the two of them settled into beds, Martinière gave Dorsilia and Clemancia some money. They had come down the mountain to attend to Ytelène and Dieulonet at the hospital. They would need to buy themselves something to eat. Then he hiked back up to Zaboka so he’d be able to work with the rest of the CLM members up there the next day.

When he got back to Zaboka, it was long past dark. He met with a group of laborers relaxing after a hard day’s work in the field. They said that they hoped it would be as easy for him to carry Ytelène back up the hill as it was to carry her down. They added that it had been a long time since they’d had coffee and bread. That’s typical fare for a rural wake.

But Ytelène didn’t die. Neither did Dieulonet. It’s a year later, and we just evaluated Ytelène’s progress as a CLM member. We evaluated all members at the 12-month point using the same survey that determines whether they’ll graduate from the program in 18 months. It helps us see who will need extra support to finish the program well.

Ytelène has flourished. She and Dieulonet live in a nice little tin-roofed house, with her two kids. She has two goats, a pig, a small cow, and a range of barnyard fowl. She’s worked especially hard buying beans by the sack from the farmers around her, and selling them at a profit. Martinière also got her a job at the local preschool. She herself made it through sixth grade. So she has a small but steady income she can earn on the side.

She herself credits CLM, especially Martinière. “If it wasn’t for the CLM team,” she says, “I wouldn’t be here. Neither would the kids. I would be dead. So would Dieulonet, and so would Dieudamène. I never imagined that the CLM team would do that much for me. When Martinière stood up in the hospital [to get me a bed], it was a really big deal. Since then, my family sees me as someone who really matters.”

She has a big dream, too. She’d “like for CLM to cover all of Haiti so that everyone will know just what CLM is.”

Looking at Ytelène’s evaluation form, seeing how far she’s come, it’s hard to imagine that her friends, family, and neighbors were ready to leave her for dead. It’s even harder to imagine when one meets her. She seems to have so many possibilities in front of her now. She works so hard and so effectively, managing her resources efficiently and energetically. Thanks to Dorsilia and Martinière, she has that chance. 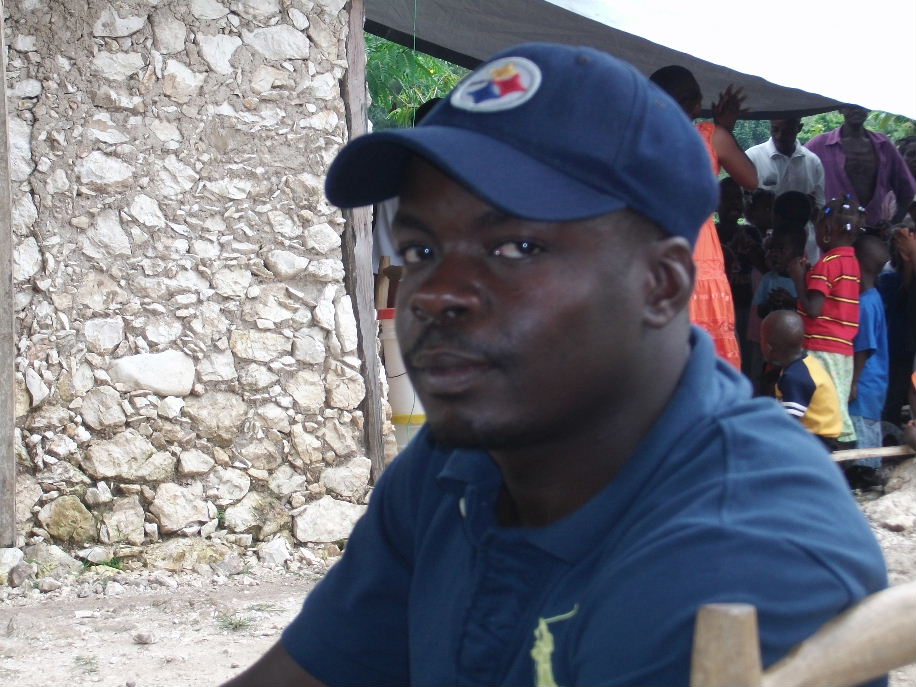 Martinière, the hero of this story.