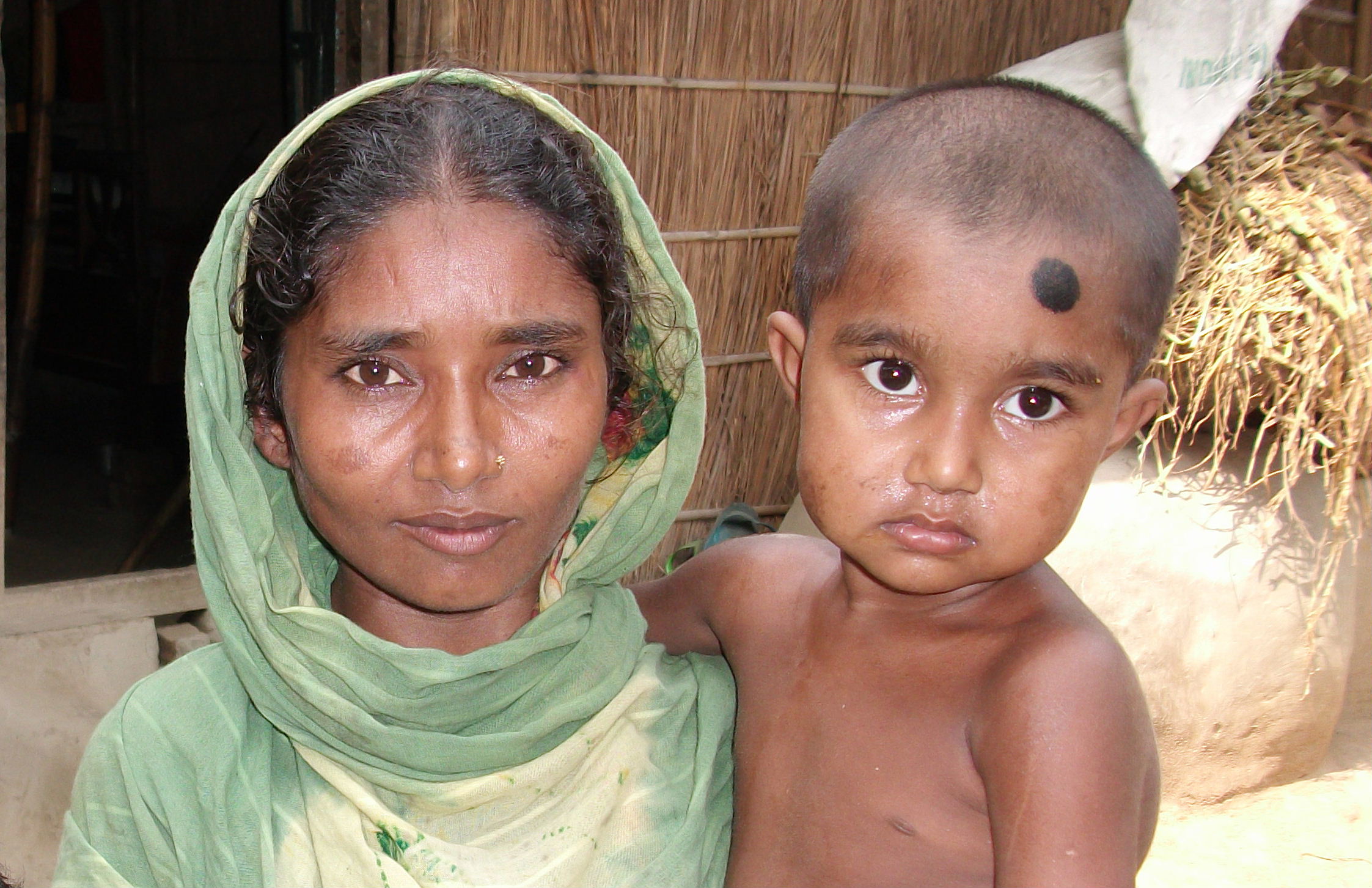 Azuba is a young mother of three from a village outside of Mithapukur, a town in northern Bangladesh, one of the poorer parts of the country. Mithapukur is home to a large BRAC office, where BRAC began offering its program for the ultra poor early on, back in 2002. The BRAC team reached Azuba’s village in 2004, and Azuba was selected to participate.

When women enter the program here, they are given a choice among productive assets. BRAC now offers something like nine or ten options, including several different combinations of livestock, a couple of agricultural possibilities, and non-farming commerce. Like many of the women we have met here in Bangladesh, Azuba chose to receive two cows. Cows can take longer than some of the other options to produce income, but they are thought to be reliably profitable. She was given about a week of classroom training, and got her cows shortly afterwards.

Within three months, disaster struck. The two cows very suddenly grew sick. Azuba contacted her caseworker, who notified the branch’s manager for the ultra poor program right away. He rushed to her with a veterinarian, but there was nothing they could do. The cows died.

BRAC’s selection process is designed to involve community members, and there’s a reason for this. BRAC knows that it can’t provide all the material and social support that the ultra poor will need to change their lives. They will need help from their neighbors as well. The BRAC team formalizes this help by organizing community anti-poverty committees shortly after transferring assets to program participants. These committees are made up of the community’s leaders, the very people who might once have supported the poor through offering domestic employment or occasional handouts. Getting them onto a committee takes their habit of charity and applies it towards eliminating the need they are already used to addressing.

So Azuba and the staff of BRAC’s local office made two applications for special support. They appealed both to BRAC’s central office and to the local committee, and both answered the call. A new cow that was pregnant or ready to become pregnant would cost about 8000 Bangladeshi takas. At the current exchange rate, that’s about $112. The BRAC program head authorized 7000 takas to go towards buying Azuba a new cow, and her local committee came up with another 1000. So her caseworker purchased a replacement cow, and Azuba was able to get started again.

Thanks to the second chance that she received, Azuba graduated from the program for the ultra poor. In a sense, she’s begun to flourish. She has a hygienic outhouse and a well that provides safe drinking water. She now has two cows, and one is pregnant. She’s already sold four others. She covers most of her family’s daily expenses with income from a rice business that she started with some of her profit. She and her children live in a house she built with 10,000 takas of her own money, and she farms land that she gained access to by depositing 15,000 takas with its owner.

Azuba is a success story, but also a lesson. Given a chance, poor women can be counted upon to lift their families out of poverty. But it isn’t easy, and those that would help them along that journey must be prepared for bumps in the road.