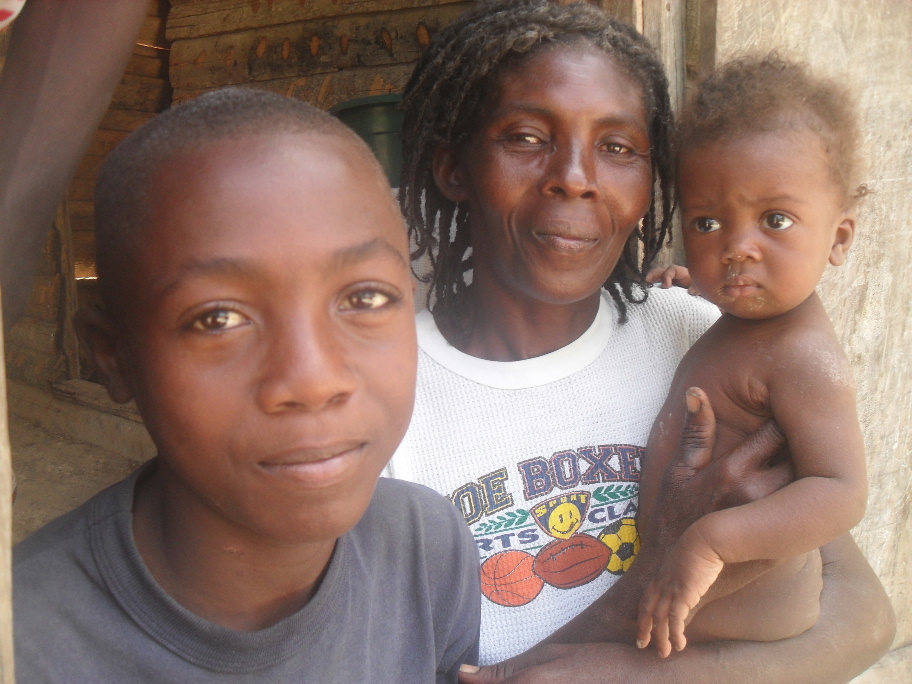 Jesumène with her youngest son and a grandson.

Jesumène is a mother of eight who lives with her husband and their kids in Upper Viyèt, a large rural valley in east-central Boukankare. Viyèt is all farmland, and the land is fertile, but its concentration in the hands of relatively few ensured that it would be fertile ground for CLM’s selection process, too. Viyèt, and its immediate vicinity, is home to around seventy members.

Jesumène been with CLM for almost 18 months, and has flourished in the program. She’ll graduate in July. When she was first selected, things were bad. “We didn’t have food to eat. The children weren’t in school.” The family couldn’t work to make a living because they had no assets to work with: no land, no animals, and no livestock. They got by as day laborers in the wealthier neighbors’ fields.

The depth of her poverty, together with the number of children who depend upon her, led to her qualifying for a special level of support that CLM offered to a few CLM members through a special gift from an Irish organization called Bóthar. Jesumène received a cow as one of her assets, a much more expensive investment than the program can make in most members.

What is more important, however, is that she and her family have made the most of the opportunities that CLM has offered. The hardest challenge for those who receive cows is establishing a daily income. Cows take a long time to produce anything they can sell. But Jesumène managed her secondary asset — she received two goats — well, and also invested savings from her six-month stipend in poultry. In addition, she took some of that stipend and gave it to her husband to work with. He makes and sells chairs, having used his wife’s initial investment to start buying the materials he would need.

Jesumène loves CLM, and her reasoning is simple: “Tout sa yo di, se sa yo fè.” That means, “Everything they say they’ll do, they do.” She adds, “They helped us build a house. We had been getting soaked every time it rained, but now we can stay dry. We have a good house. We have livestock. We even have a latrine.”

But the progress that has meant most to her is just as simple. She says, “M gen yon ti kal tè pou m chita.” That means, “I have a little spot of land where I can sit down.” Before joining the program, she didn’t own even the ground that her shack was standing on. She was renting, having to figure out each year where to find the money to pay a landowner who didn’t really want her on the land.

Her family’s future is now bright. Her focus is on her livestock. “We need to take good care of them. We need to avoid wasting them so we won’t go back to how our life was before.” In addition to her poultry, she has five goats and two cows, the mother and its female calf. She’s now able to rent farmland that she can work with her husband and their kids, and she plans to eventually sell a cow so that she can buy a field of her own.

It’s been a long road for Jesumène. And the route forward may be still longer. But her eighteen months in the program have given her a very good start. 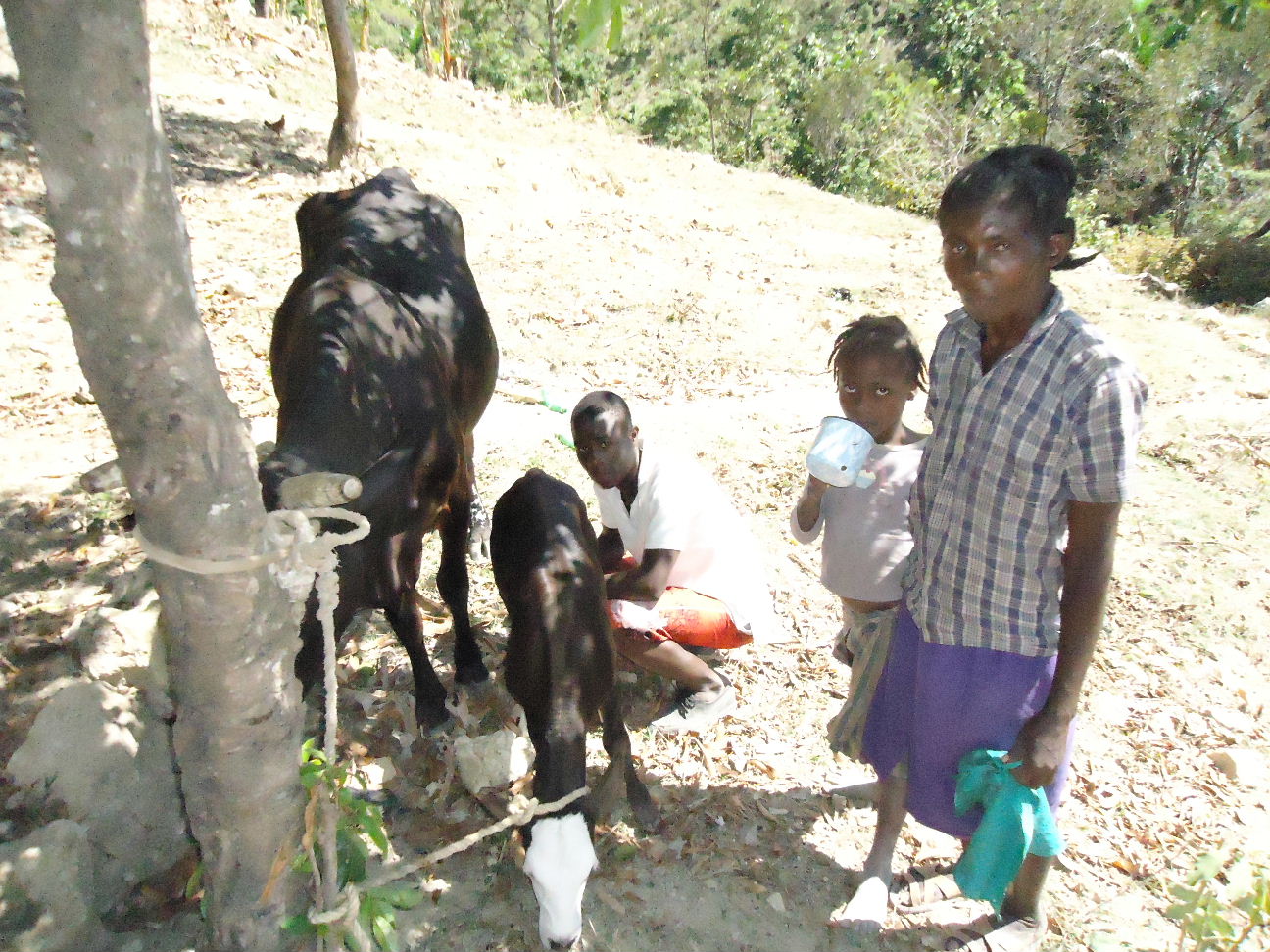