The CLM members from the village of Jidipe can serve as an example. They are, as a whole, well ahead of the members from the other parts of Baille Tourrible. They themselves sometimes point to their relatively easy access to the area’s most important market, the one in Thomonde, but Thomonde is over four hours away from Jidipe on foot. What is striking is the strong commitment the members from Jidipe show to getting to market consistently nonetheless.

Magarette is a mother of five. She chose goat rearing and small commerce as her two CLM enterprises. Her goats haven’t yielded very much for her yet. She started with three, and now has only two. Those two are pregnant, but she sold the third when it showed no sign of fertility. She plans to replace it right away. 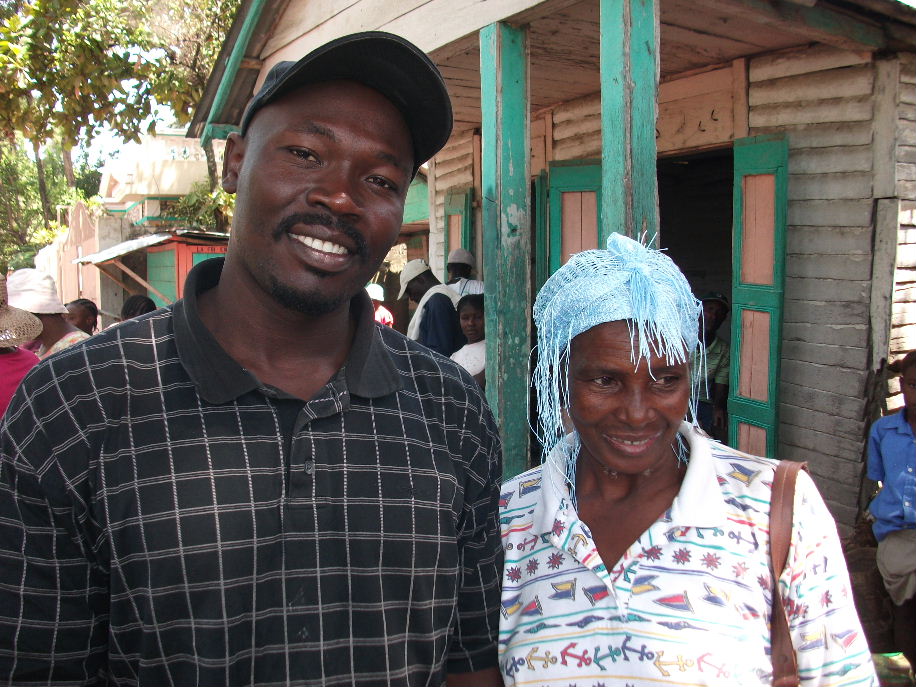 Her small commerce is another matter. She sells rice, oil, seasonings and other food, mainly at home, to neighbors who buy what they need to prepare a single meal.

We generally discourage our members from selling out of their homes. Women who sell to neighbors come under a lot of pressure to sell on credit, and CLM members often lack the social capital required to make their neighbors pay their debts. But Magarette has no such problem. She hikes down to the Thomonde market every Thursday, where her neighbors sell their produce. She collects what they owe her by seeking them out in the market, and then she does her own buying before she heads home. She started her business with the 1500 gourds of merchandise CLM gave her, and now has over 2500 gourds in it. And she’s managed that growth even as she’s used the business to keep her family fed, and is is ready to grow even more. She managed to buy a horse, which will greatly increase the amount of product she can move around.

The way she bought the horse says a lot about her. She started with 1200 gourds that came to her when it was her turn to receive the weekly payout from her CLM savings club. She and eleven other members put 100 gourds each week into a pot so that one of them would receive a large sum each week.

Magarette used those 1200 gourds to buy two turkeys, which she took care of and was eventually able to sell for 2000. To that money, she added 2500 gourds that she was able to save from six months of food stipends. Finally, she and her husband contributed 1500 gourds that they earned by selling their bean harvest. That gave her 6000 gourds, which was enough to buy a good horse.

Chimène and her husband are a young couple from Jidipe with only one child. She also chose goats and small commerce, but she’s had better luck than Magarette with her goats. Two of the three we gave her have had kids, though only one kid each. The third, unfortunately, died, but she was able to sell the meat.

Her small business is beans, which she now sells in the markets, both in Thomonde on Thursdays and on Saturdays in Koray, about an hour farther up the Baille Tourrible road from Jidipe. She hasn’t been selling them in the market for long. When she first joined the program, Ricot, her case manager, didn’t think she was ready. “I wanted to help her start making money,” he explains, “but I didn’t think she should keep too much cash around the house. She wasn’t used to having cash around. I thought she’d fritter it away.” So Ricot had her buy dry beans with all 1500 gourds, and just stock them as the price increased towards planting season. She only made 250 gourds, but all that money stayed in her hands. 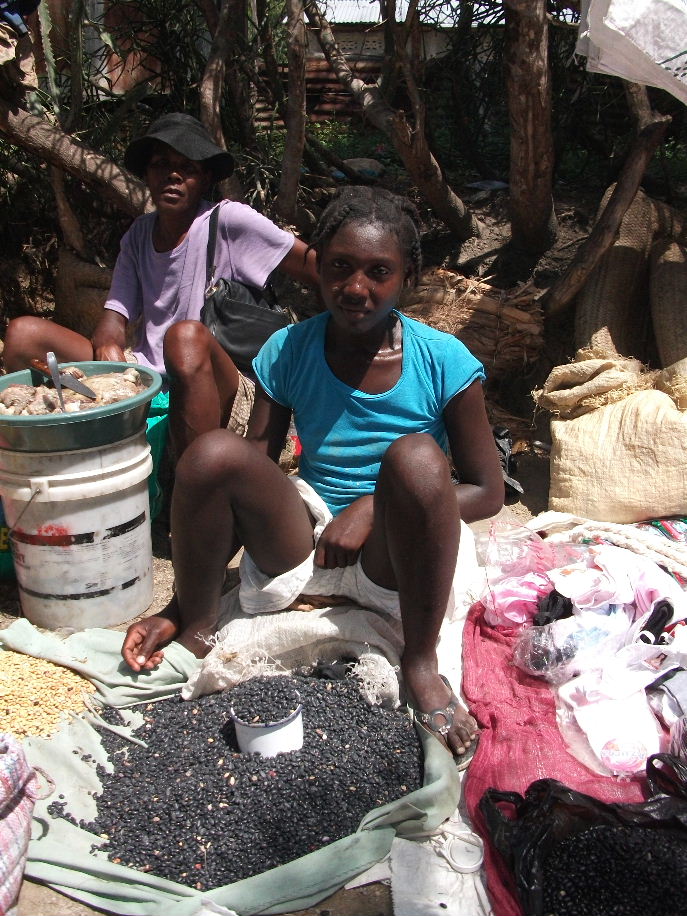 Chimène also managed to buy a horse, though she took a route different from the one Magarette had taken, and did it with only 4500 gourds. She started with 1000 gourds that the CLM program paid her husband for putting up the walls of their house. We make 1000 gourds available for the builder that puts up the walls of each CLM house and 1000 gourds for the one who constructs the frame and puts on the roof. If a husband is able to do this work, the money can stay in the family. Chimène added 2500 gourds of savings, 500 gourds from her bean sales, and 500 gourds out of their own harvest. Her horse may be a good deal smaller than Magarette’s, but it’s able to carry her merchandise to and from both Thomonde and Koray. She still has 1250 gourds in her business, and is now ready to make it grow.

Both women are moving forward quickly, as are all their neighbors from Jidipe. They have cooperative husbands, fertile farmland, and smart and hardworking case managers. But the key is probably their own determination, a determination that somehow pervades the small community where they live.