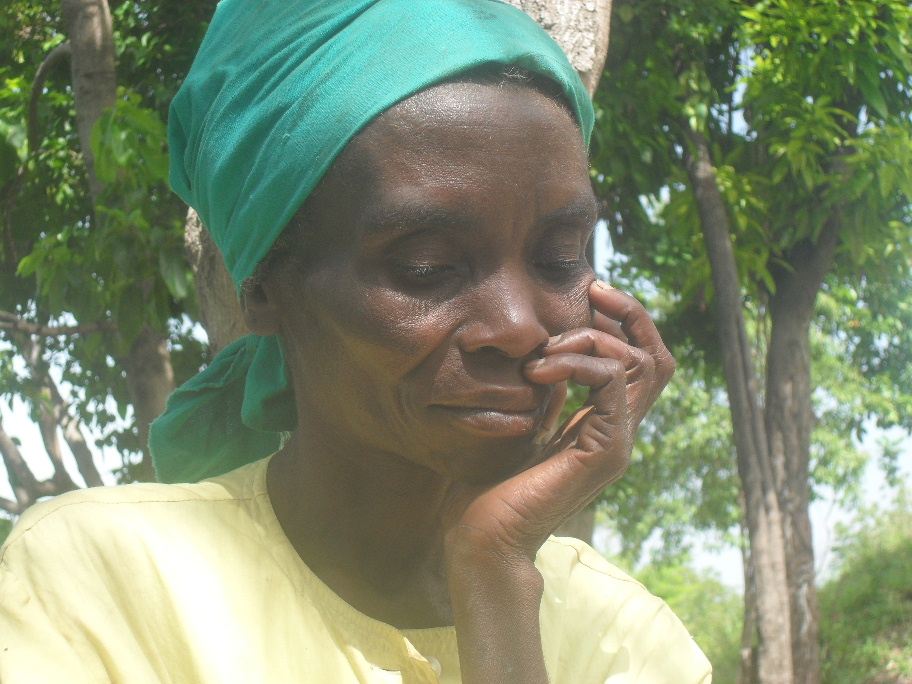 Josamène’s life has been extremely hard. Though she has succeeded wonderfully as a member of CLM, the struggles she has been through are evident as one speaks with her. The sharp contours etched into her face seem to reflect years of hardship. Her speech is barely audible. It comes in short phases, which are sometimes hard to understand at all. As she speaks, she looks to the side or towards the ground.

When you ask her what she thinks of CLM, her answer is simple, “Bagay yo ap mache.” That’s to say, “Things are working well.” She and her husband, Lwidòn, have six goats, a pregnant sow, and a small cow. They have two kids in first grade in a nearby school; it’s the first time any of their children have been to school at all. Things really do seem as though they are looking up.

Josamène was raised by an aunt and then an older sister, her parents having died when she was very young. None of the people who raised her ever called her Josamène. Since she was little girl, everyone has called her Ti Rizib. Even today, it’s the name her neighbors and the members of her family use.

But it’s a terrible name. The Creole word “rizib” comes from a French word that means “laughable.” The Creole word doesn’t have quite that sense, but to call Josamène “Ti Risib” is like calling her a nothing. It’s a very demeaning name, and one she has been living with all her life.

She and Lwidòn have had thirteen children, but only five of them are still alive. As I sit with the two of them on the ground in front of their new home, the first they’ve ever had with solid stone-and-mud walls and a tin roof, Lwidòn points sadly to the places in their yard where they’ve buried their kids, “Two here, two there, two over there.” His goes through the list as he points out their graves. Their five surviving children range from Ti Fanm, a 22-year-old mother of four, to Ti Mèn, a five-year-old girl.

Their home is in Deniza, a mountainside community overlooking the populous and poor community of Viyèt, in central Boukankare. They live with two daughters, Ti Wakin and Ti Mèn, a ten-or-eleven-year-old son, Fràn, and their granddaughter, Manouchecar. Their two older kids, Ti Fanm and their sixteen-year-old son Dieupuissant, live in Mibalè. The latter has been on his own for a couple of years now, supporting himself by washing cars and motorcycles in the river that runs through the center of town and by crushing rocks into gravel with a small hammer.

When our selection team first met them, they had a hard time getting Josamène to talk at all. Her neighbors told us she was egare. That means that she has a screw loose. Her husband said merely that she “konn pale anpil.” Literally, that would mean that she talks a lot. And, again literally, it was almost exactly false. If anything, Lwidòn was the one who did, and still does, almost all of the talking. But “pale anpil” means, more loosely, that someone is a little crazy, and Lwidòn explained that Josamène hadn’t been the same since the death of her last child, who was killed when their straw house burned down.

Like most CLM families, things were really difficult for Josamène, Lwidòn, and their kids when they joined the program. Their problems had been serious enough to drive their boy, Dieupuissant, to seek his own fortune in Mibalè, even though he was just in his early teens. The family didn’t always have enough to eat. Ti Wakin, the young girl born after Dieupuissant, ran away twice in their first months of CLM, and her explanation was simple: She was hungry.

What Josamène likes about the program, she puts simply: “You get the stuff they give you, and you start working with it.” She and Lwidòn have invested a lot of time and effort into developing their assets. Her animals are healthyShe doesn’t have a regular small commerce, but she sells the produce from the fields that she and Lwidòn work in.

We often say that CLM is about more than merely creating wealth. Helping families lift themselves out of poverty is a social phenomenon as well. And one aspect of the social change we try to effect is to work on the way members look at themselves.

A striking example of this came up when Josamène stood up at a meeting of CLM members and introduced herself. On one hand, it was the first time she had been willing to speak in a group setting. She had attended all of her previous meetings with Ti Wakin, her daughter, and she had let the girl do all her talking for her. On the other hand, Josamène refused to refer to herself as Ti Rizib. All through a game in which members introduce themselves and then run through the names of other women in the circle with them, Josamène insisted on the use of her full, real name, Josamène Loreliant, even in the middle of a community of women who had known her only by her nickname for years. Josamène was saying, essentially, “Don’t call me Ti Rizib.” When her case manager mistakenly referred to her as Ti Rizib in the middle of the meeting, she sniped audibly, “You too?” He apologized immediately. Lwidòn still calls her Ti Rizib, and when she’s asked whether that bothers her she jokes, “I just ignore him.”

Josamène will graduate from CLM on July 13th, and she had simple advice for any one else who would follow the same path: “Depi w mache maten, apremidi, ou pral soti.” Literally, that means, “As long as you walk both in the morning and the afternoon, you’ll find your way.” It’s her way of saying that, as long as you do the work the program asks of you, you will succeed. A picture of her daughter, Ti Wakin, in her school uniform is a fitting emblem of Josamène’s success. 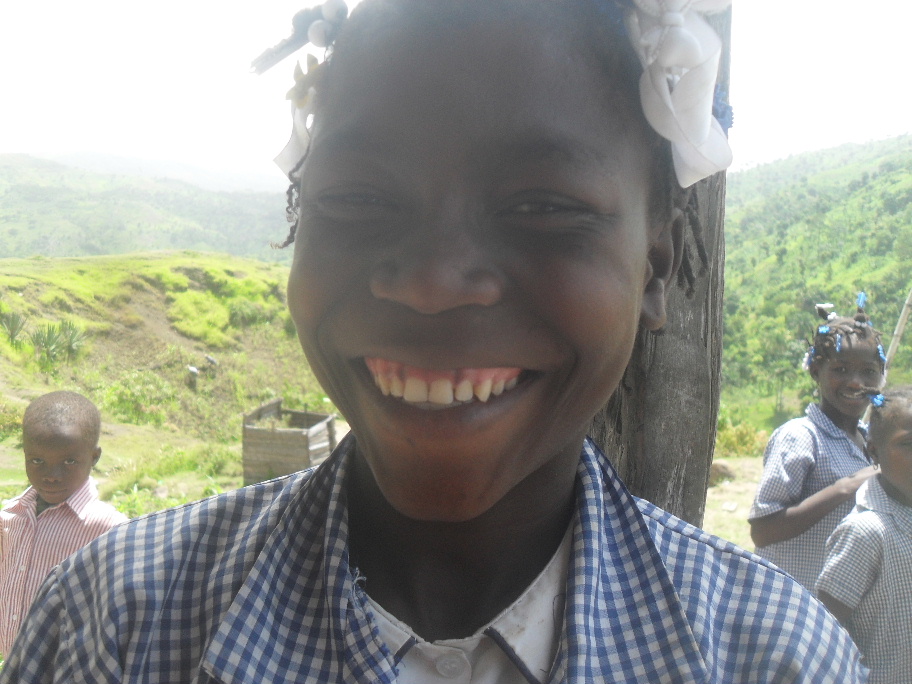