Things are starting to look up for Lucienne. Her progress as a CLM member has been slow, but she finally seems to be settling into a new and better life.

I’ve written about Lucienne before. (See: Still Hungry. I’ve made a few corrections since I originally wrote the piece.) Lucienne lost most of assets in the program’s first few months. She invested her funds for commerce to plant beans that returned a very poor harvest, and she lost two of the three goats that we gave her. She was left with just the one adult female goat and savings from her six months of food stipends.

We know very well that CLM is 18 months of hard work and invention. Gauthier, our program director, is well-known for saying, “There’s always a way.” So Lucienne and her case manager made a plan. She would sell a young billy goat, the survivor from her nanny’s first litter. She would then take the proceeds from that sale, add most of her savings, and buy a small horse. The horse would make it possible for her to start a small commerce. A good plan.

The problem is, she didn’t follow it. Her son, Lorès, sold the goat for her, but they decided to invest the money in another crop of beans. She figured that a decent harvest would allow her to buy a bigger horse and leave her plenty of additional money to invest in the commerce itself. But this second bean crop failed badly, too. She did not harvest even enough to plant another crop. And her savings alone were too little by themselves to allow her to buy the horse.

So she was moving backwards. She still needed to dramatically increase her asset base. She wouldn’t be able to graduate with just the one goat and her savings. More importantly, she’d have very little chance of sustainable success unless she could establish a stronger foundation.

But all that remained for her was the one goat and her savings. We encouraged her to use the savings to buy a couple of smaller animals, and she wisely chose to invest diversely. She split almost all of her money equally between two purchases: a large nanny goat and a 40% share in a neutered pig that Lorès bought. That left 500 gourds, or roughly $12.50, that she used to buy a big male turkey.

Now her first nanny goat is pregnant again and she thinks that the new one may be as well. The pig is growing under Lorès’s care. The turkey is a bit of a problem, because until she buys a hen it will tend to wander off and it won’t offer her very much return. But she’ll have a little farming income in the upcoming month, and she knows that a female turkey must be a high priority.

So things are looking up. Though she lost two crops of beans that she and Lorès planted for sale, she’s had good returns on her millet this year, so there’s plenty of food in the house. She also had a good harvest of pigeon peas. They don’t bring in as much money as the black and red beans that she planted, but they are giving her something to work with.

Now her biggest worry has to do with her daughter, Jeslène. She’s a 20-year-old woman, the only child whom Lucienne was able to send to school. Jeslène made it to the sixth grade, though she was unable to pass the national primary school graduation exam. Not long ago, Jeslène told her mother that she was ready to marry. She has been dating a young man from the neighborhood. He’s a farmer, and he’s worked hard enough to build a small house for Jeslène already . Lucienne had hoped the Jeslène would remain with her a little longer, waiting to marry until she was older and better established. She had also hoped to send her back to sixth grade and then, if she graduated, to try to send her even farther.

But that won’t happen now. Jeslène is determined, and Lucienne admits that she is old enough to decide. She also admits that she likes her future son-in-law and that Jeslène could do much worse. What’s more, Jeslène is pregnant, so marriage seems like a reasonable choice. Perhaps the best way to put it is that Lucienne wishes that it wasn’t so. She’s ready to celebrate in January nonetheless.

Jeslène will remain within shouting distance, but Lucienne says she’ll miss her. She and her husband will still have Lorès, but he’s getting older, too. They also have two grandsons on their hands, and are very happy that they can now send them to school without difficulty. But those small boys could become more than they can manage if Lorès eventually moves out.

In the meantime, Lucienne will keep struggling to move forward. She knows what she’s working for: She seeks a better future for Lorès, who is her youngest. “Everything I have is for him.” And with the small but solid foundation she’s finally established, she has good reason to hope. 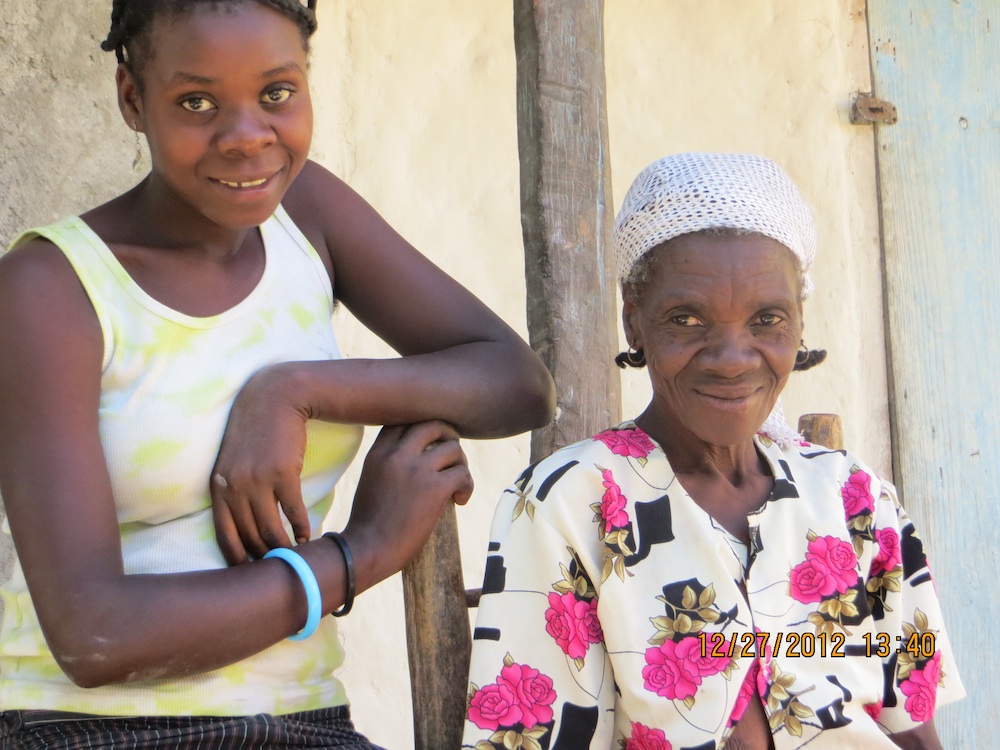