Rosemène Jacques lives in Nan Kafe, a neighborhood on the northwest side of Mable. Though she grew up in Nan Kafe, she hasn’t been living there long. When she was young, she met and fell in love with a man from Gaskoy, along the river that cuts through the valley to the northwest, and she moved down the mountain to live with him there. They lived in a house in his parent’s yard, and the couple had two children.

The man, however, got into a dispute with his brothers over their inheritance, and Rosemène says the brothers killed him. She was visiting her mother in Nan Kafe with her children at the time, and she went down to sell the couple’s cow and hold the funeral. The man’s family cleaned out all the other possessions that the couple had accumulated. Immediately after burying her husband, she returned to Nan Kafe to stay.

She eventually got together with another man, and they had a first child together. She likes the way he treats her other children. “He helps me send them to school.” That is especially important to Rosemène because the kids lost two years of school after their father died. She was pregnant again this year, but the baby was stillborn. She would rather not have another child right now.

The family has flourished in the CLM program. Rosemène received two goats, and now she has eight. Her pig had five healthy piglets. She would like to sell some of the offspring to buy a cow, but she wants to make sure she has plenty of both goats and pigs. “I can sell a goat now and then to pay for school, and a litter of pigs is worth a lot.” She thinks she can keep a couple of sows, though she knows it will mean a lot of work. “Pigs are really demanding.”

She and her family are excited about their new house. They made an extra effort to make it larger than a typical CLM house, and they were able to finish it in plenty of time. Rosemène knows that she could have finished a smaller house more quickly and more cheaply, but the extra room she built was important. “I’m my mother’s oldest child and her only daughter. My father is dead, and I wanted to be sure that my mother knows I have a place for her.” 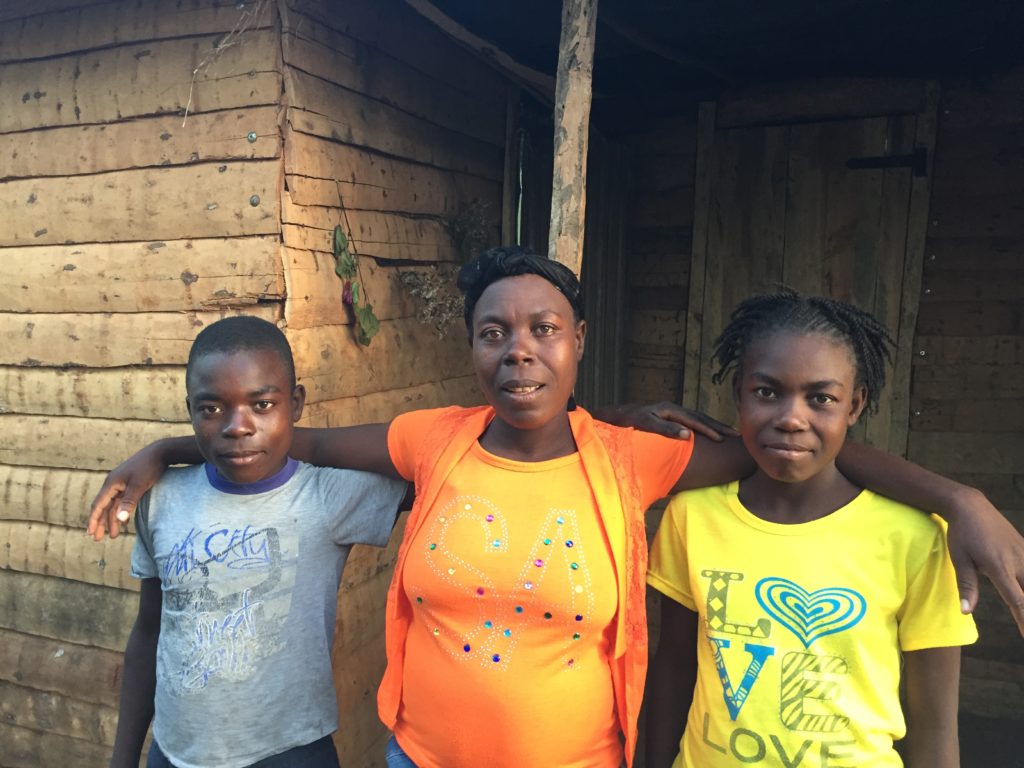