The initial CLM pilot served 150 families in three parts of Haiti. With its successful completion, Fonkoze decided that the most effective way to continue with the program would be to choose one of those areas to expand in. The logistics involved in operating in three places at once seemed like a gratuitous imposition on ourselves. We chose the Central Plateau because the strong presence here of Paul Farmer’s Partners in Health would simplify assuring our members the access to health care they so badly need.

We then spent more than a year raising money. Each time we received a chunk of it, we began a new process of member selection. We would assign fifty new members to each case manager, and start serving them. We eventually enrolled 350 new members, 50 to 100 at a time. In August, we had a ceremony in a church near the gateway to Sodo for the last 100 of those 350 new CLM members. Sodo is the town where our base is located. It seemed like a big step forward.

But with funding from the Mastercard Foundation, we have been positioned to serve 1000 new members, which would represent a real change in the program’s dimensions. Through September and the early part of October, however, we’ve been so exclusively focused on the selection of these new members, that the real work, which begins when we hand the women we select their new assets and start to meet with them every week, has seemed far away.

All that changed on Friday, as we celebrated the lansman, or inauguration, of 300 new members. The lansman ceremonies are major gatherings. All the women come, some with family members, and they wear whatever passes for their best clothes.

One of the goals of the ceremony is to help the women start to feel good about their being a part of something larger than themselves. We know that CLM membership will be good for them. And they do as well, at least to the degree to which they believe what we’re promising at this point. So there is some singing and dancing at the ceremony. The women really enjoy it. 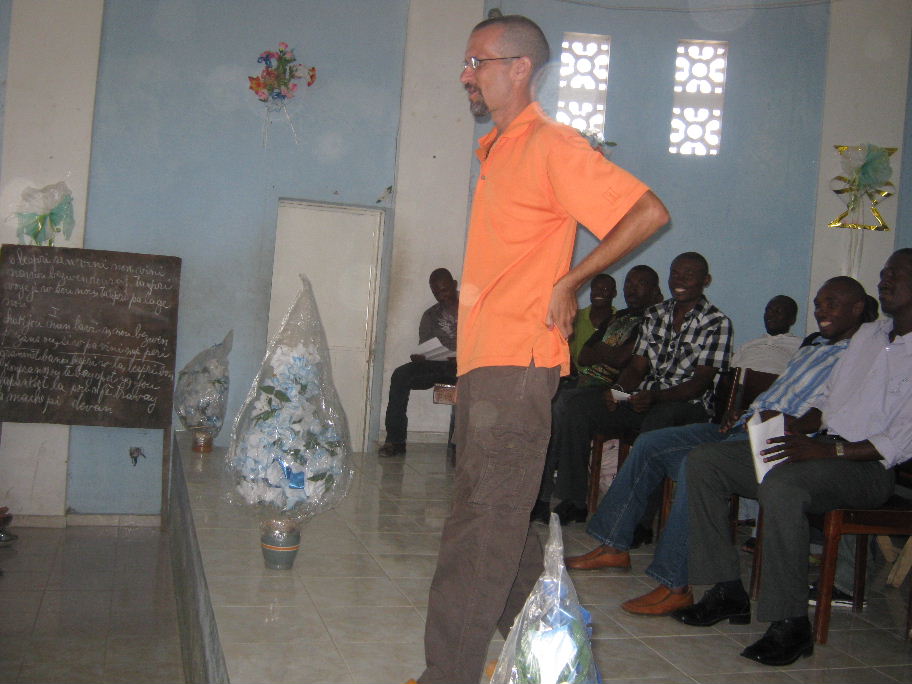 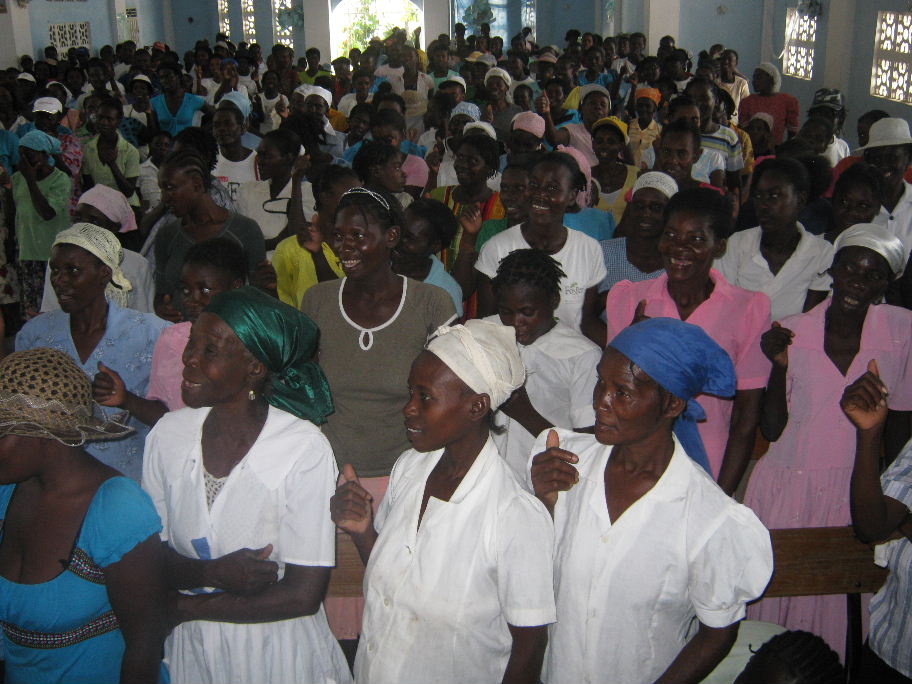 The stars of this lansman were two graduates of CLM, women who had been thorough the program when we were piloting it. They had started in the very same misery that the new members know every day right now. They each had a lot to say to the new members. They talked both about the terrible lives that CLM had helped them leave behind, and about the new lives they had discovered. Because they had already travelled the same road that the new members now face, their words carried real weight. 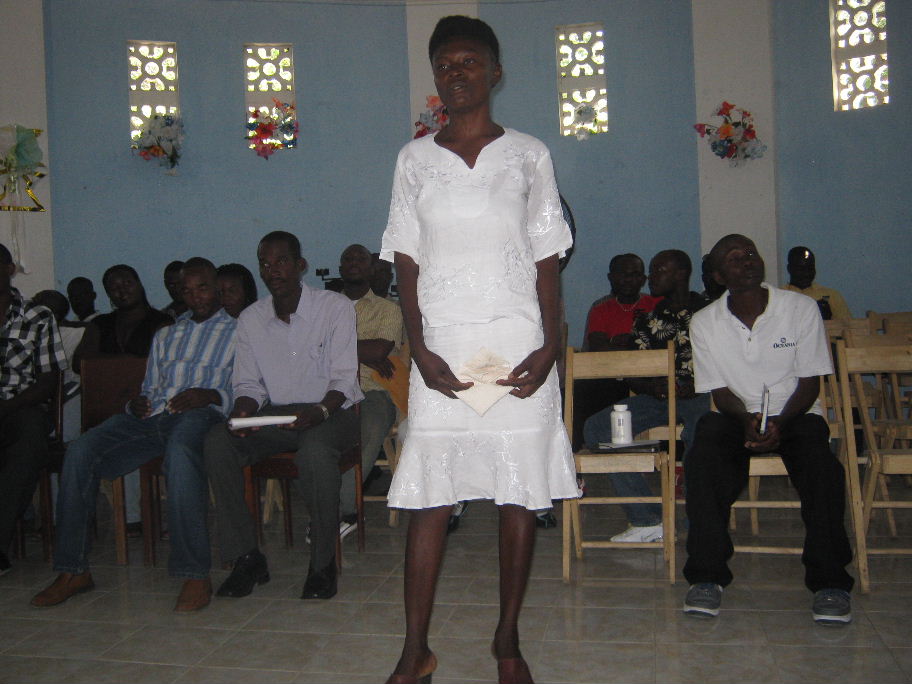 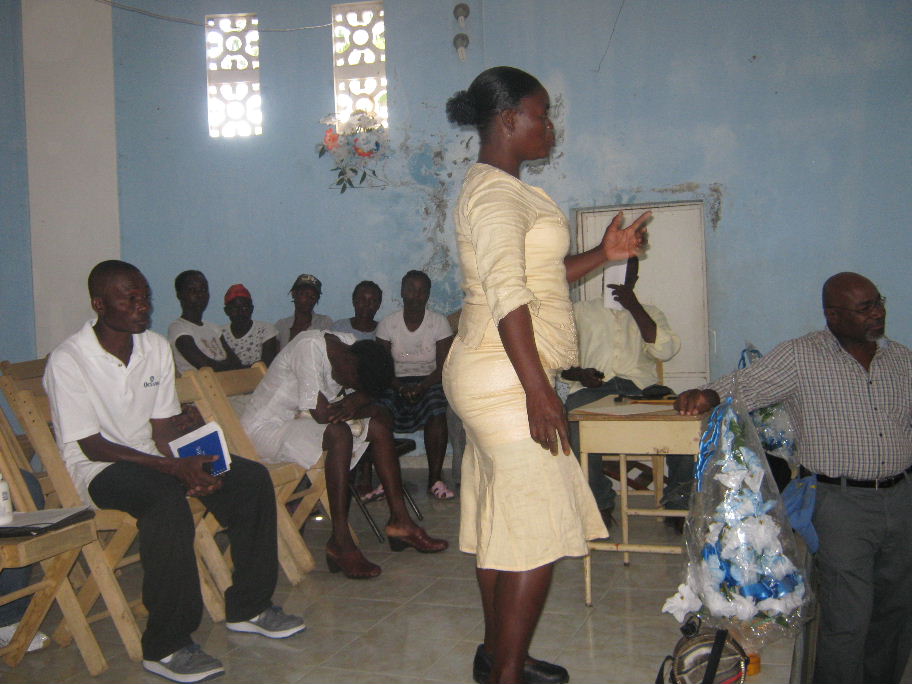 There were also short speeches from local leaders. The mayor of Sodo came, and assured the women that they should feel free to come to him with their problems. 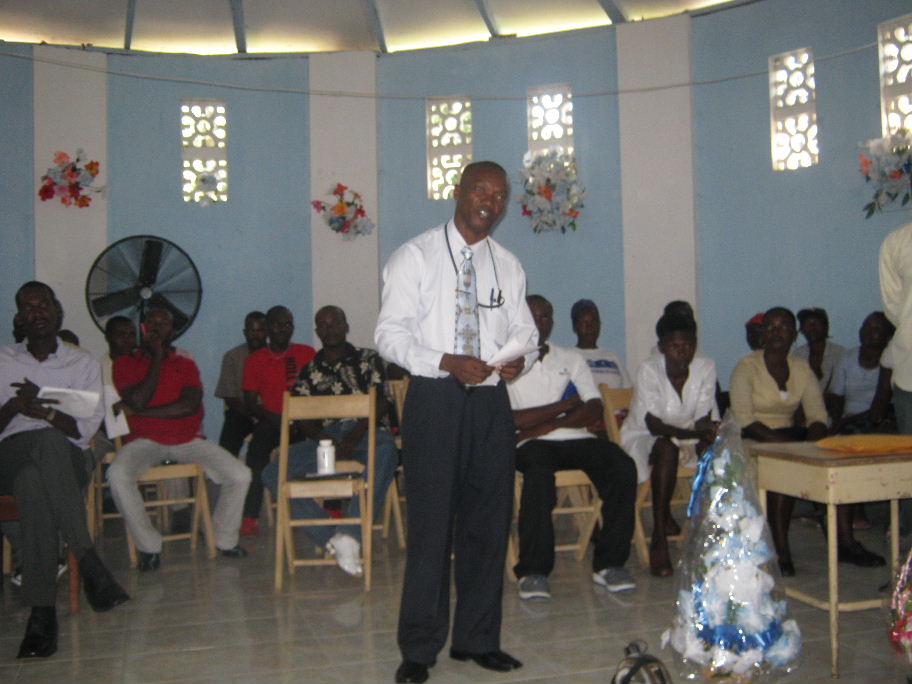 We also had a short speech from Julio, the very experienced manager of Fonkoze’s Sodo office. He’s an important ally for our CLM team, because all the women will open savings accounts in his office. Julio can do a lot to help them learn to use those accounts if they come to see him. One thing he pointed out to them is that they should make an effort to get to know his office and to meet him. They have so little experience in anything like an office, that his assurance that he’ll look after them means a lot. 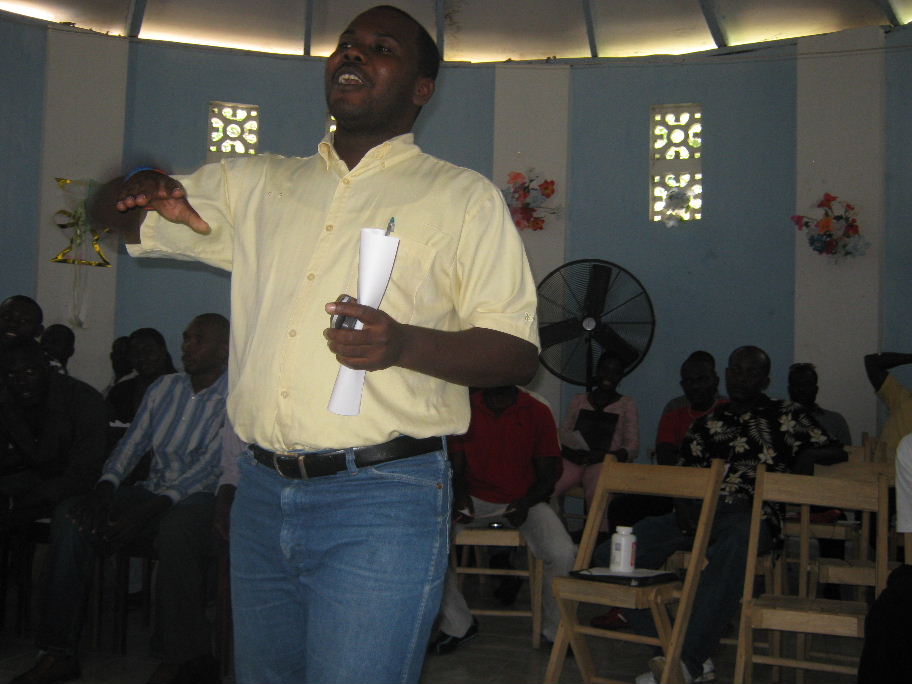 The key moment in the ceremony is when the women sign their contracts and receive their ID cards. Few of them can actually sign their names — as the woman in the photo did — when they join the program, though almost all of them will be able to do so — and a good deal more — by the time they are ready to finish. 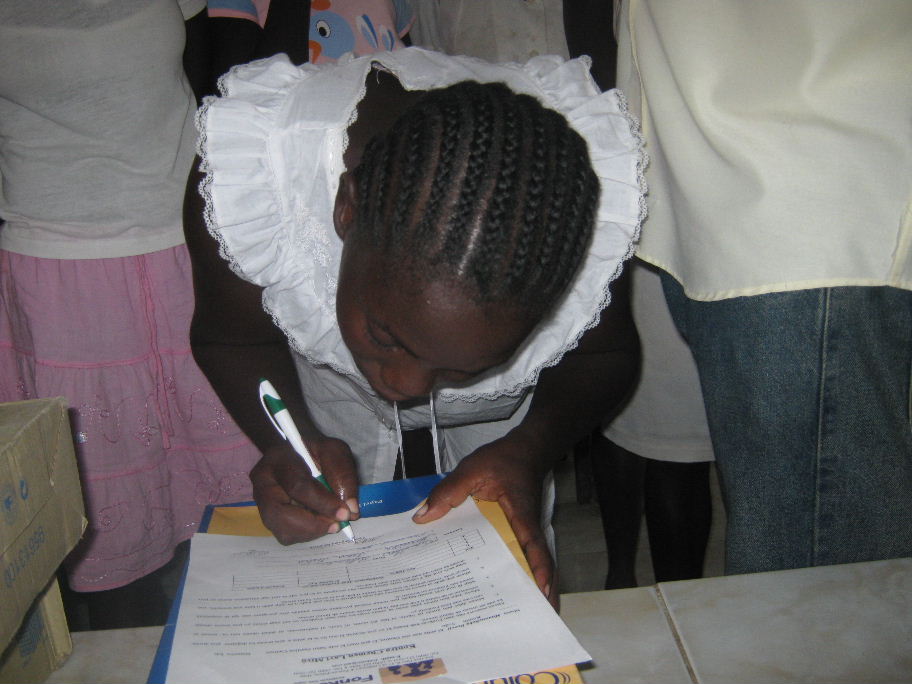 Their ID cards entitle their family to VIP service at any of Partners in Health’s clinics. Since many of them are still without any government-issued ID, and don’t know how to get one, their CLM ID may be the closest thing to an official ID that they’ll have for awhile. At least until their case managers can coach them through the official process. The contracts they sign commit them to follow the CLM rules, especially to protect their new assets. Though the assets belong to them, they are not ready to make major decisions about them — when to sell a goat or to use savings to buy a horse, for example — without their case manager’s advice.

Welcoming 300 families into our program in a single day was great cause for celebration. It’s twice as many as were part of the original pilot, and almost doubles the program’s size. And it’s only the beginning. Despite barriers and setbacks of various sorts, we are on track to add 700 more before the end of this year.

And these aren’t just numbers. Every new member leads a family barely surviving through all the wretchedness that extreme poverty brings its way.